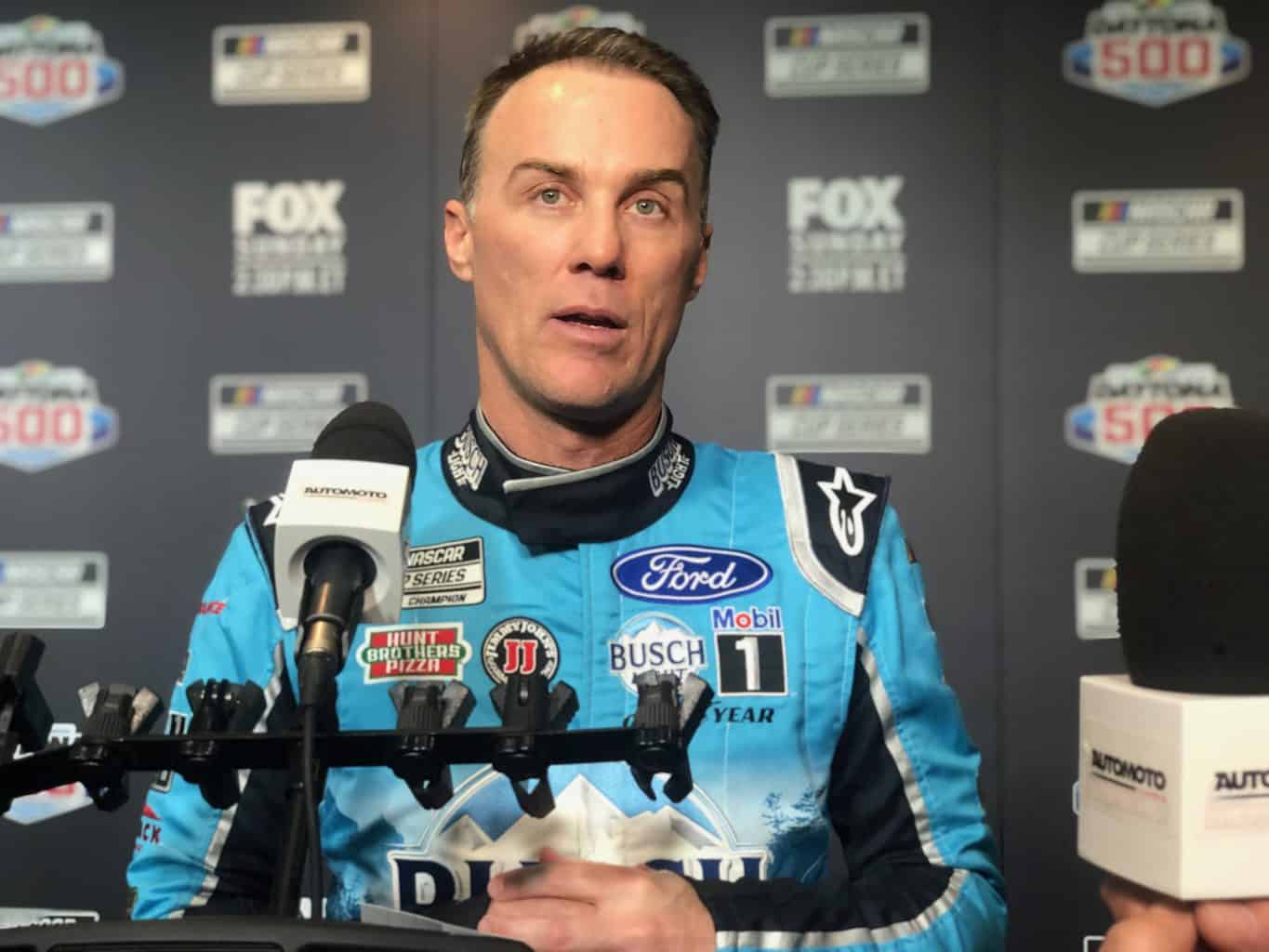 After Monday night’s wild and scary ending to the Daytona 500, NASCAR Cup Series teams travel to Las Vegas Motor Speedway for the Pennzoil 400 on Sunday, Feb. 23.

The action should be much tamer this week at the 1.5-mile track. While big crashes are still possible, the cars won’t run in large packs except on restarts. That’s partly due to the low horsepower package the cars will utilize, returning largely intact from its debut on intermediate tracks last year.

Since the vehicles will be mostly spread out, you will need drivers who can move to the front and lead laps. There are 267 laps in this race and 66.75 DraftKings points available for laps led. In last year’s event, seven drivers led at least 12 laps, while two led more than 80 circuits. The fall event saw one driver lead 105 laps, while a few others led smaller amounts.

However, you don’t just want lap leaders. You also want the winner and any driver who can finish several spots up from where they began. Be sure to check Saturday’s qualifying results (rained out) for potential big movers.

Before I move on to this week’s picks, I want to briefly review the results from the Daytona 500.

If only I had gone with my gut instead of Joey Logano. I had originally picked Ryan Blaney but thought that Logano’s history was too good to not play him. Blaney scored 70 DraftKings points, which would’ve put me in the green. The minimum score needed to profit in the $1 Happy Hour tournament was 290.75.

This lineup did cash in the big $1 double up, however.

Harvick generally has good runs on the west coast, especially at LVMS. The Stewart-Haas Racing driver won this race twice in this last seven starts, most recently in 2018. In addition, he finished in the top five in each event last season. Here’s a bonus: In the past seven races, Harvick has led 506 laps. In fact, he dominated both in 2015 and 2018 when he led 142 and 214 circuits, respectively.

Last year, Harvick won the pole and took control for 88 laps, which helped to give him 85 DraftKings points. As long as he doesn’t crash out, this veteran’s sure to produce another high DraftKings score.

I’m going right back to the well with Logano. Why? Because he won this race last year and led 86 laps. Also, he’s ended the past eight races in the top 10 — five of them being top fives. Like Harvick, Logano knows his way around Las Vegas, having led 433 total laps. And while he didn’t win the fall event, the No. 22 Team Penske driver took command for 105 circuits, a race high. Logano’s speed should again keep him near the front of the field, so long as he avoids trouble.

Bowman may not have stellar statistics in Sin City but he did finish sixth last September, a career best. Although Chicagoland Speedway is shaped differently than Las Vegas, the 26-year-old did earn his first win there last year after leading 88 circuits.

The No. 88 Hendrick Motorsports driver also was in front for 63 laps at Kansas Speedway in May and almost won that event. Bowman’s already proven he has a fast car this weekend — he had the second quickest 10-lap average in Friday’s opening practice.

Bowman just may be one to surprise everyone this week at LVMS.

Buescher is one of those drivers who starts in the mid-to-lower 20s and finishes in the teens, which is just what you need for daily fantasy.  In 2019, Buescher finished 18th in both races; the year prior, he was 15th both times. Since DraftKings awards a bonus point for each spot gained on the track, Buescher’s final score was higher than those similarly priced.

This season, Buescher’s in the No. 17 car of Roush Fenway Racing. He does have a new teammate for the foreseeable future, though after Ryan Newman’s horrifying incident. Ross Chastain, who will fill in for Newman, has plenty of experience in the Cup Series. Their execution remains to be seen, but hopefully Buescher will focus on his performance in Sunday’s race and give DraftKings users a good score.

Reddick may be a rookie this year, but he’s also a two-time NASCAR Xfinity Series champion. He won at Las Vegas last fall after leading 30 laps, stellar in the NXS regular season finale. Additionally, in the Cup Series at Kansas Speedway last year, he raced his way to ninth place.

Of course, since Reddick is a rookie, you don’t really know how he’ll perform Sunday. But if he’s able to even move up a few spots by race’s end, the Richard Childress Racing driver will probably reach his value on DraftKings.

OK, where did that speed come from in Friday’s second practice? Nemechek was ninth on the single-lap speed chart and 11th-fastest in the 10-lap averages for the Cup Series. 11th out of 30 cars that ran at least 10 straight circuits? Well, as long as Nemechek doesn’t qualify higher than 15th, that means he should produce a good DraftKings score.

Last season in the NASCAR Xfinity Series, Nemechek finished second and eighth at LVMS driving for GMS Racing. However, he only has a few Cup Series starts with Front Row Motorsports, which isn’t a very strong team (except on superspeedways). Still, if he can replicate Friday and keep the car clean during Sunday’s race, this Cup rookie will be a nice, cheap play for your lineup.