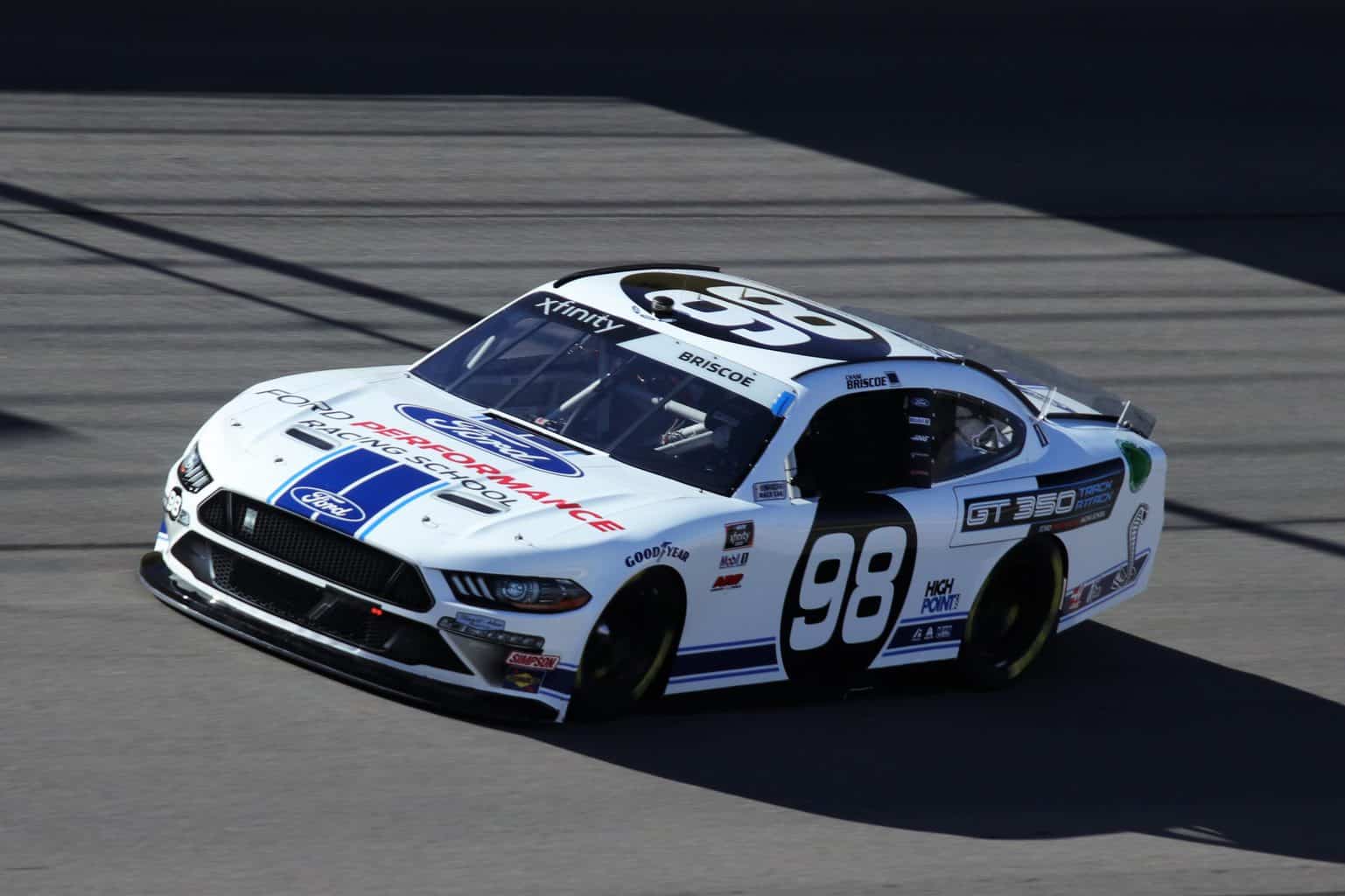 Saturday (Feb. 22) at Las Vegas Motor Speedway was a day filled with intermittent rain that had already canceled NASCAR Cup and Xfinity Series Qualifying. Now, the Xfinity Series Boyd Gaming 300 has been postponed after 50 of 200 laps until late Sunday afternoon due to rain.

The race officially does not have a set resumption time. It will resume one hour after the NASCAR Cup Series Pennzoil 400 presented by Jiffy Lube concludes. The approximate resumption time is 7:30 p.m. ET, but that can change. The remainder of the race will air live on FOX Sports 2.

The Boyd Gaming 300 was originally slated to begin at 4:00 p.m. ET, but earlier rain delayed the command to start engines by roughly 20-30 minutes. During the pace laps, the rain returned, resulting in another delay.

However, SS-Green Light Racing’s Joe Graf Jr. stayed out during the pit stops and claimed the lead. Shortly after the stops were completed, rain started falling again. The field was brought into the pits and covered up. After being under the red flag for three hours, the decision was made to postpone.

When the race resumes Sunday, Graf Jr. will be leading over Briscoe. Team Penske’s Austin Cindric will be third, then Ross Chastain and Brandon Jones. JR Motorsports’ Justin Allgaier and Michael Annett will be sixth and seventh, while Justin Haley is eighth. Harrison Burton will be ninth, while Brett Moffitt will be 10th in the Our Motorsports Chevrolet.

The weather for Sunday looks better. The forecast is for sunny skies with a high of 68 degrees.