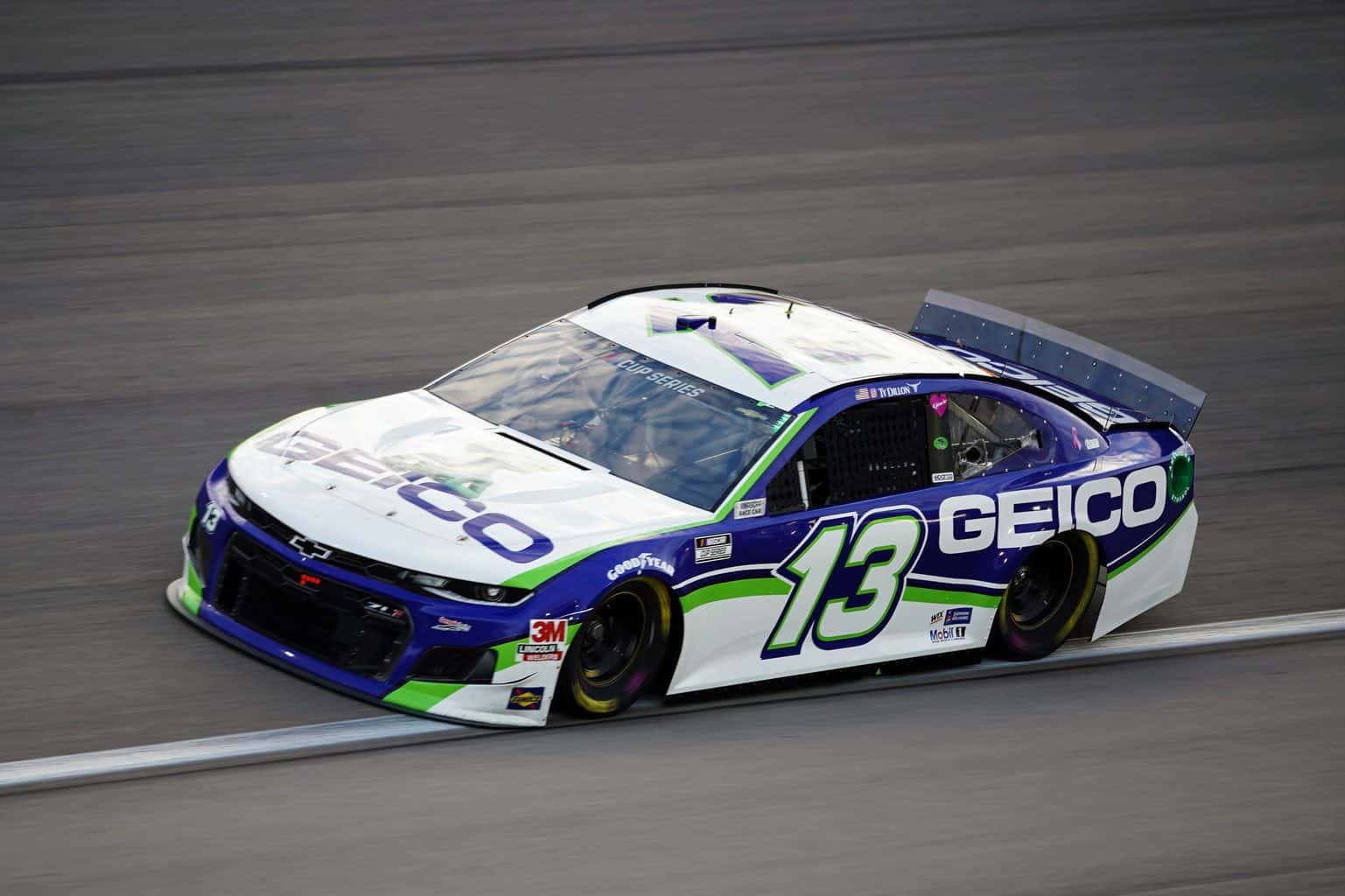 Ty Dillon has been on a roll of late. Granted, underdog teams don’t necessarily see the type of eyebrow-raising streaks that other teams with extensive resources put together in terms of wins and top-five finishes. But Dillon continues to be instrumental in helping the long-time backmarker wind up a little closer to the front.

Sunday’s race at Las Vegas Motor Speedway landed Dillon in 10th at the finish, his first career top 10 outside of a superspeedway event.

In his last 10 NASCAR Cup Series races, Dillon has finished 24th or better nine times. There are two important takeaways from this statistic. First, Dillon is consistent. He is limiting mistakes and bringing the car home pretty close to where it runs throughout the race. If a racer is driving a car that’s about the 25th best and continuously finishing between 15th and 24th, that’s worth a mention.

Additionally, Dillon is finishing races. Even when things aren’t going well, he’s able to limit the impact and keep the car on track until the end. Shoestring-budget teams need that kind of a wheelman. It goes without saying that damaged cars are a big expense.

Corey Lajoie regularly uses the hashtag “#StackingPennies” in his social media posts to describe the slow but steady climb that he and the Go Fas Racing team continue to make. Lajoie finished 16th at LVMS, equaling his best career showing at the 1.5-mile oval.

The No. 32 is in a unique position after the first two races of the 2020 season: a playoff position. Now, it’s true there is a long way to go between now and the checkered flag at Daytona in August, when the playoff field will be set. But this group has to feel good that they’re this relevant among the typical frontrunners.

If Ryan Sieg wins a race this year, it might go down as the least surprising underdog win of all time. Sieg is doing things that homegrown family teams aren’t supposed to be able to do anymore. He’s competitive beyond just filling out the top-10 list on occasion. Sieg started the Boyd Gaming 300 in 32nd place and sliced through the field en route to finishing third. The No. 39 car is capable of winning, and I think it will happen this year.

Also carrying the underdog banner in the Xfinity Series were Brandon Brown, Josh Williams and Jesse Little. All ended the race in the top 15 and each looked like they had the potential for an even better showing at one point or another. Brown, like Sieg, continues to rack up finishes beyond what a team like his is supposed to be able to achieve.

The Gander Outdoors & RV Truck Series race was decidedly less underdog friendly, but Spencer Davis carried the Mark Rette-owned truck to a respectable 12th-place finish on Friday night. Davis, in only 10 starts, has garnered three top-10 finishes (although two came with Kyle Busch Motorsports). Brennan Poole gets a mention as he rounded out the top 15 in Las Vegas.

Auto Club Speedway is next on the schedule, and to do well there requires the very thing that underdog cars seem to have the biggest gap to overcome: raw speed. Dillon and Germain Racing are the only ones with a top-20 finish in southern California in the past three years. If you’re looking for a lesser-funded team to land a surprise finish, you might be disappointed this weekend.

Back in 1997, the NASCAR Cup Series ran at what was then California Speedway for the first time. A sister track to Michigan International Speedway, its wide sweeping corners lent to high speeds and multiple grooves. As previously mentioned, the greater the horsepower required, the harder it tends to be for underdog teams and drivers to keep up.

However, the spotlight on the other guys that weekend was focused before they even got to raceday. Joe Nemechek won the pole, his first at the Cup level. Nemechek was certainly an underdog in terms of contending for wins, as he finished 18th on that day. But more notably, the inaugural California race was one of five times that he qualified either first or second in an 11-race span that year. If you’ve ever heard him referred to as “Front Row Joe” (it’s in his Twitter handle as well), now you know just where the moniker came from.

Average finish for @CoreyLaJoie and the GFR team thus far in 2020?

12th. ?? not a bad start to the year. pic.twitter.com/Vmw7JNfWZs

What a night in Vegas! Probably the fastest car we have ever had. Thanks to Cowboy, Big Mike, and the entire @RSS383993 team for preparing such a rocket ship. The pit crew had fast stops all night and the team called a perfect race. P3 for the @CMRroofing team. pic.twitter.com/Xr1vfiByQU

How about the amazing performance @Josh6williams has been getting out of that 92 car ??????