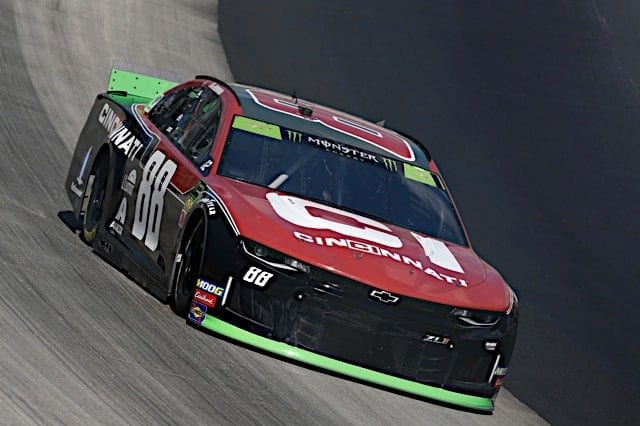 Bowman posted a lightning-fast lap of 179.439 mph in his No. 88 Hendrick Motorsports’ Chevrolet in the opening session. Kyle Larson’s 177.703 mph lap speed was just enough for second-quickest. Rookie of the Year candidate Tyler Reddick was just under a tenth behind Larson and had the third-fastest lap.

Just seven drivers ran at least 10 consecutive laps in the period. Bowman led the way in this category as well, running an average 175.278 mph.

All 38 cars entered for Sunday’s race ran at least one lap in the session.

In the second session, Bowman laid down a lap at 176.626 mph to place over the field. He edged out Blaney, who held the fastest lap time until the final 10 minutes. The No. 43 Chevrolet of Bubba Wallace posted a speed of 176.177 mph in third. Kurt Busch had a fast-lap speed of 175.816 mph, while Christopher Bell had the fastest lap for the Toyotas in fifth.

This time 30 cars ran at least 10 straight laps in the final period. Bowman again led the way, with an average lap speed of 175.317 mph. Joey Logano had the second-quickest average of 174.159 mph. Martin Truex Jr., Blaney, and Kurt Busch finished up the top five in average lap speeds.

There was one notable incident that didn’t require any stoppage time. Kyle Busch brushed the wall in turn 3 after hitting a bump on the track. Repairs were made and Busch was able to bring his Joe Gibbs Racing No. 18 Toyota back on the racetrack.

Qualifying for the Auto Club 400 is scheduled for 2:35 p.m. ET and will air on Fox Sports 1. The event will run on Sunday at 3:30 p.m. ET with television coverage from Fox.