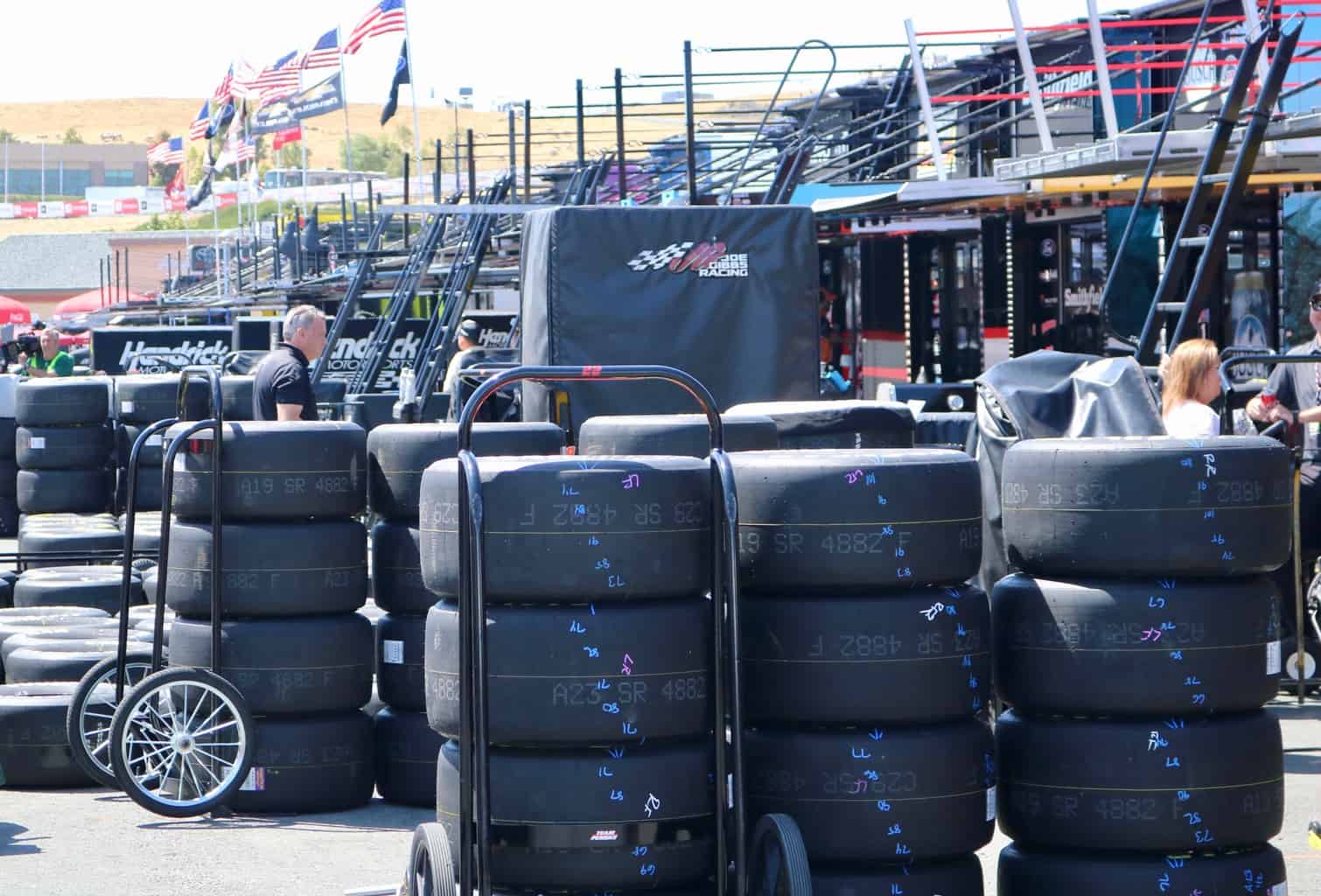 NASCAR is changing to a single, center-locking lug nut for the Next Gen car’s wheels, officials announced Monday (March 2).

The Next Gen vehicle, which will be used in the 2021 Cup Series season, debuted the setup at the test at Auto Club Speedway Monday. The three prior Next Gen tests had five lug nuts on a larger 18-inch aluminum wheel.

The new wheel is intended to be more relevant to current products but five lug nuts could pose problems.

“For us we felt like from a standpoint of the wheel is that we wanted to get to an 18-inch wheel, an aluminum wheel,” John Probst, NASCAR senior vp of innovation and racing development, said in a media release. “Once you get to an 18-inch aluminum wheel, the next step for us is to make sure that from a durability standpoint under racing conditions is that it will accept the durability that we need to finish races and then also finish multiple races. To do that, the single nut was our only option.”

“I think from a fan standpoint, the choreography of the pit stop will look unchanged,” Probst said. “I think that a lot of times when we say single lug nut, people fear that it’s an open-wheel style pit stop where people will be on their knees waiting for the car to come in. We don’t intend to change anything with respect to how the pit-stop flow is executed.

“On the on and off, they still have to keep the gun on — they can’t just cap it, it’s got to actually ratchet a few times before it actually gets tight,” Probst said. “So today, good tire changers can take five lug nuts off or put them on in less than a second, say eight-tenths of a second to a second. They’re going to have to leave the gun on for probably at least a half a second, so if anything, they may be three-tenths (quicker) here and there, but it shouldn’t dramatically change the timing on the pit stop.”

He mentioned that the aluminum wheels’ durability goes down by about 30% with five loose lug nuts. With just one, “there really is only one thing to concentrate on, and that is to get that lug nut tight,” Probst said. “Then everything else from a durability standpoint is fine.”

They also won’t glue the lug nuts, since the single nut is kept in the socket.

I understand this concept from a durability standpoint. One loose wheel and it’ll cone that hole meaning its trashed after the race. This will certainly look different but not going to kill a pit stop. Besides those wheels look bad on that next gen car.

So Nascar takes yet another strp away from ‘stock’ cars. Perhaps it’s time for a name change?

So when will these single lug nut cars be showing up at my local dealer? I want one.

Probably about the same time you’ll be able to buy a 2-door, rear wheel drive Camry with a V8!

So if they stuck with steel wheels they could still use the 5 bolt system?

Next will be on board jacking systems.

Is there any positive replies about NASCAR?