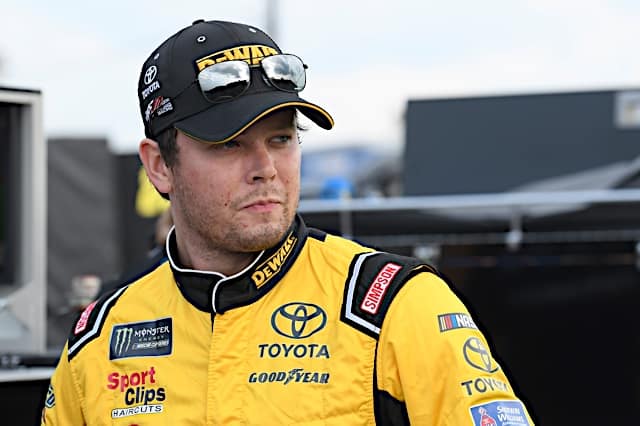 Erik Jones will throw his hat into the ring for the Kyle Busch bounty for the NASCAR Gander RV & Outdoors Truck Series race at Homestead-Miami Speedway (March 20). His involvement was announced via a tweet from the track’s official account.

Jones, Busch’s Cup Series teammate at Joe Gibbs Racing, will pilot a truck for Billy Ballew Motorsports, per a tweet from Bob Pockrass. The team is not scheduled to run the series in 2020 outside of Jones’ appearance.

Billy Ballew told SiriusXM that he Erik Jones will race Homestead in one of his trucks (and thus be eligible for the Harvick bounty as long as Elliott doesn't get it at Atlanta). #nascar @NASACARONFOX

I guess sc one of the truck series regulars might as well not show up. What a frigging joke.

“I am placing a personal bounty on the head of Tim McCracken. He’s the coach and chief punk on that Syracuse team.” Charlestown Chiefs player-coach, Reggie Dunlop