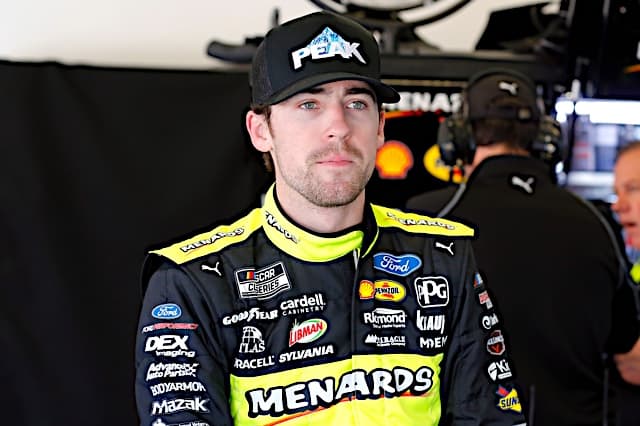 This season has given us many surprises so far between the drivers running up front and the quality of racing. So many people did not expect races to be as good as they have been, especially with the drivers who have been fighting it out for the wins. 2020 is an important year for many of the young drivers in the sport, and some are due to breakout this year.

Who will be the next breakout superstar this year based on the first three races? Who is due for a multi-win season? Do we see this driver (or these drivers) having a chance at a championship?

On Monday (Mar. 2), William Byron was the next driver to test the Next-Gen car, running laps at Auto Club Speedway following Sunday’s race. He is the fourth driver to take a turn at wheeling the brand new car set to debut in 2021. While the car is far from complete, there are many new components to it that are far from what NASCAR has had in the past. It is going to be a whole new era of the sport starting next season, which can be exciting to look forward to.

Is NASCAR shying away from their identity with the Next-Gen car? Which components are good for the sport and which could be bad? What do you think will be the best part about the car from what we have seen so far?

Q: Which driver(s) do you see having that breakout season in 2020 based on the first three races? Michael W., Sugarland, TX

A: There are two drivers I have in mind after watching the first three races of this season: Alex Bowman and Ryan Blaney. This may be an obvious answer based on how they have run, but there are so many factors as to why this can happen for both drivers.

Let’s start with Blaney. He is currently in his fifth full-time season in the NASCAR Cup Series and his third for Team Penske. While he has three wins to his name, there have been so many more that have been left on the table. He quite possibly could have about eight to nine wins if it were not for some bad luck he has experienced. This season, he has come out of the box swinging, and in a huge way.

Blaney and team have shown a ton of speed, and if things went just a bit different near the end of each race this season, he could have won all three races. As the points leader, he is showing early on that this is going to be his breakout season. New Crew Chief Todd Gordon is a huge reason as to why he is running so much better, too. Gordon is experienced and has a championship on his resume. That experience on the box is huge for a young driver like Blaney.

Bowman is a driver that many did not have on their radar entering 2020. While he was expected to be a playoff contender, there were not many who expected him to win in the first three races of the season and put a butt-whooping on the field as he did at Auto Club.

This start is unexpected, but at the same time, we cannot be surprised he is coming into his own. That team has been behind Bowman since he stepped into the No. 88 for Dale Earnhardt Jr., first as a substitute driver in 2016, the full time in 2018. Bowman is now in his third full-time year with Hendrick Motorsports, and it is obvious he is starting to finally click with Crew Chief Greg Ives and the entire crew. If it was not for a late-race caution at Las Vegas Motor Speedway, we could be talking about Bowman winning two in a row.

Team Chevy has also shown that they are back, as the majority of them have ran extremely well to start the year. Bowman is benefitting from this more than others. HMS has had downer years the past few seasons now, but they are showing that they are championship contenders once again. Bowman is going to win more this year.

Both Blaney and Bowman are two young drivers who are poised to show they belong in the Cup Series for good. They are both in contract years and both proving their worth — both will win multiple races this season. These are two drivers many have been waiting for to have that success that was anticipated years ago. Now that they have everything they need, they are going to have huge seasons. We better get used to talking about these two, because they are going to be at it all season.

Q: Do you think the Next-Gen car is moving away from NASCAR’s identity it had from 20-25 years ago or moving closer back to it? Travis P., New York, NY

A: This car is so far from being complete, that it is so hard to say. However, based on what we know, this question can go to both sides. It is both moving away but moving back closer to its roots.

The new components, such as the single lug nut and the chassis being extremely similar to that of a V8 Supercar, are things that seem to be moving away from what we know to be a stock car. Is this a bad thing? Not necessarily at all. Times are definitely changing in every sport, and racing is included in that. NASCAR is attempting to keep up with the times with this Next-Gen car, and it is going to do all it can to perfect it.

The single lugnut is used in most forms of motorsports, so there really is no issue there. Unfortunately, it seems like the excitement of pit stops may go away. But at the same time, pit stop times should not change drastically. As for the chassis, if you have ever watched the V8 Supercar Series in Australia, it is extremely exciting, and those drivers have to absolutely manhandle those machines. Maybe it is simpler, but it could make for the best possible racing and could be more cost-effective for teams as well. That is NASCAR’s end goal.

How are they going back to their roots? For one, the car is much smaller than what the Gen-6 and Gen-5 cars were. The size reminds me of the Gen-4, just without the components of that car. Aero-wise, it is too early to tell what the final product may look like. They seem to be looking to get the car more off the ground, which is something that would hugely benefit the on-track product. That is why the Gen-4 worked, because cars were off the ground and ride heights were mandated. If that happened again, that would be a huge step in the right direction.

The Next-Gen car is going to take a little more time to develop, but from what we have seen, it is looking to be something special. While there have only been single car tests, there have been many positive comments from the drivers who have tested it. We are still months away from the completed product, but it will be very intriguing to see how NASCAR further advances this car.