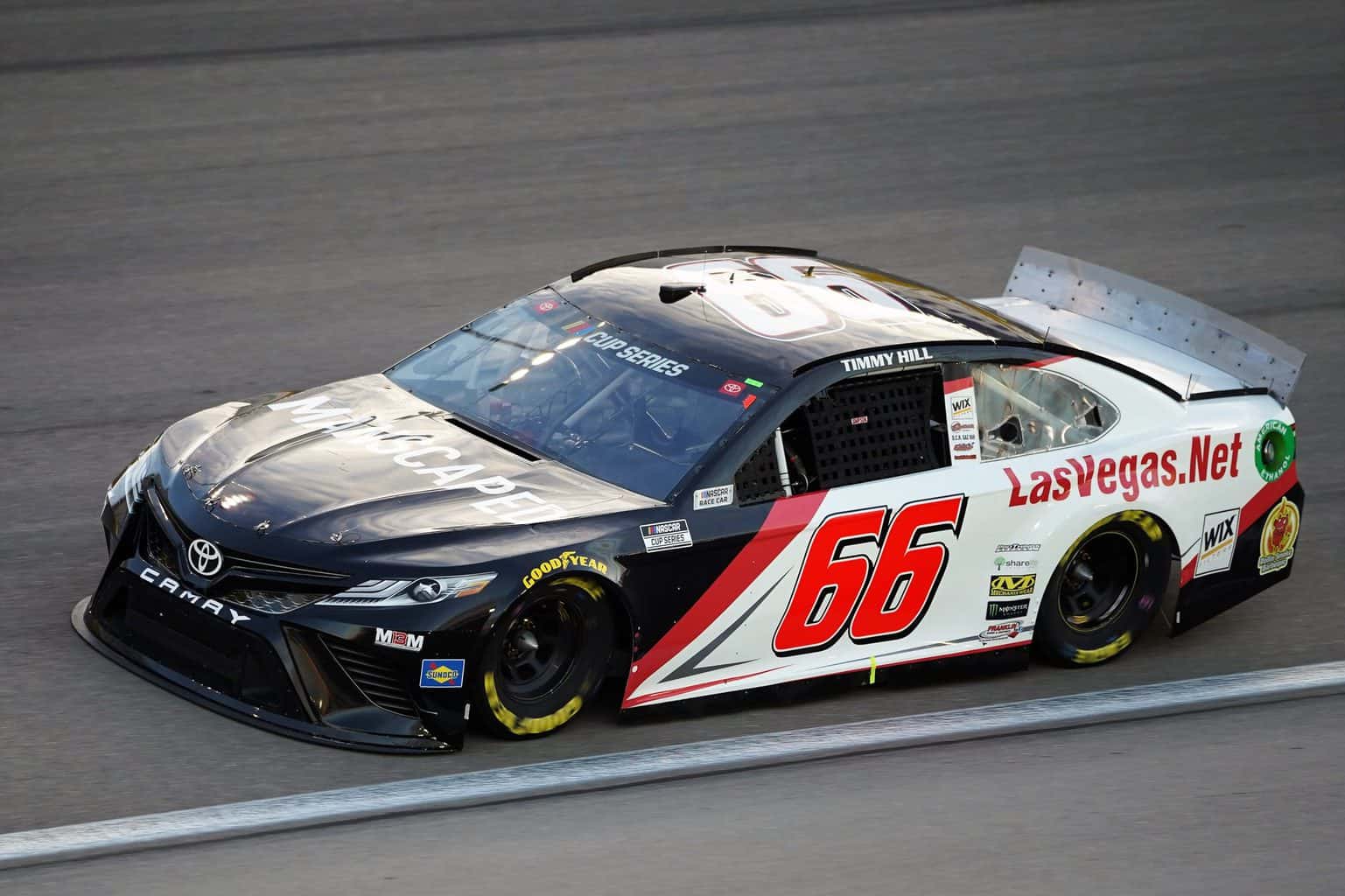 Pit Boss Grills will be the primary sponsor on Timmy Hill‘s No. 66 MBM Motorsports Toyota Camry this weekend at Phoenix Raceway in the NASCAR Cup Series, the team announced Tuesday, March 3.

“This is a very exciting opportunity to partner with Pit Boss Grills,” Hill said in a team release. “Our NASCAR fans have the biggest tailgates which makes this partnership an excellent pairing. I am excited to do some grilling with the fans at the Phoenix pre-race and then have them cheer on the Pit Boss Grills No. 66 in the race!”

Hill kicked off the season running well in the Daytona 500 before a crash relegated him to 27th in the final results. He followed that up with 38th- and 37th-place finishes at Las Vegas Motor Speedway and Auto Club Speedway, respectively.

Hill’s No. 66 car will feature a black livery with white flames, paired with yellow door and roof numbers.