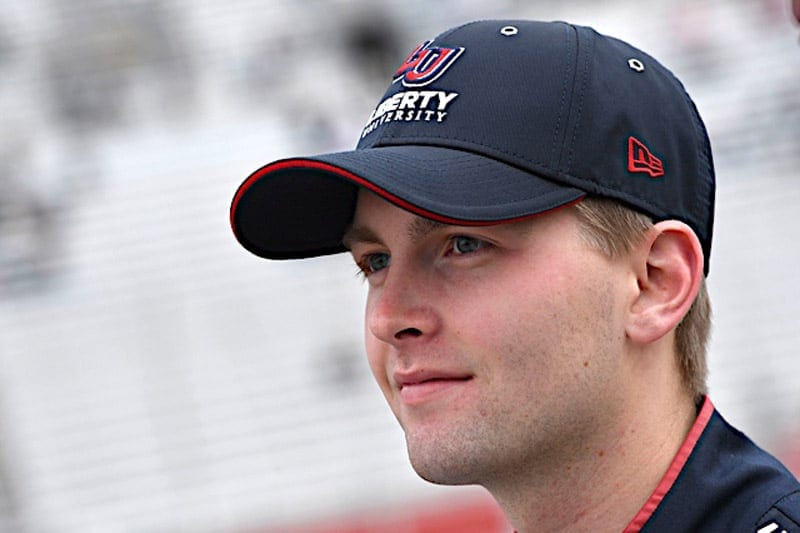 Byron has shown speed since he came into the NASCAR Cup Series, but what he has yet to do is put it all together for a win. Look for that to change this year, as Byron has a few factors in his corner for 2020. The new Camaro body has already given the Chevrolet teams a boost, and Byron’s teammate Alex Bowman put on a dominant performance at Auto Club Speedway last weekend. The Chevrolet cars themselves were inconsistent in 2018 and 2019, so if the solid performance continues, it gives Byron a leg up toward that win.

He’s in his second year with Crew Chief Chad Knaus, one of the best in the business, and they have used that time to iron out communication. Hendrick Motorsports has outstanding resources, and Byron has every part he needs to win a race. He certainly knows how; he has wins in the NASCAR Xfinity and Gander RV & Outdoors Trucks series. Now it’s on him to put that Cup run together, and he’s at a point where he should be ready to do that.

DiBenedetto got a major equipment upgrade this year, and he’s absolutely making the most of it so far, but he’s also bringing something to the No. 21 team.  Whether that’s his talent behind the wheel or simply great chemistry (most likely it’s both), the early results are promising. The No. 21 didn’t score a top five last year, but they have one already, with a solid second-place at Las Vegas Motor Speedway. DiBenedetto’s first top five on an intermediate track shows he can get it done anywhere when the equipment is up to the task.

A win isn’t a given; this team did struggle last year, and DiBenedetto doesn’t have a lot of experience racing with the leaders at the front of the field. That’s something drivers have to learn how to do, and DiBenedetto hasn’t had a lot of opportunity to do it yet. If he can mix it up with the top names for several weeks, he’ll be ready to capitalize on situations better, and that will make him a threat for a win. He certainly has a lot of fans pulling for him — a blue-collar driver who’s earned his way up from the local tracks to a strong Cup ride in an era when that doesn’t happen much anymore.

Creed is one of those drivers you can watch and it becomes instantly clear that he has a ton of talent. He had four top fives and 11 top 10s in his first full Truck Series campaign, including a pair of runner-up finishes at two very different tracks, Eldora Speedway and Michigan International Speedway. Creed also had just one full season in the ARCA Menards Series in 2018. But in that season, he won four races and the title with Crew Chief Jeff Stankiewicz, who stayed with Creed in Trucks for that very strong 2019 season. GMS gives him good trucks, and everything is in place for a breakthrough.

Hemric finds himself back in the Xfinity Series after a lackluster rookie season in the Cup Series in 2019. After his release from Richard Childress Racing, Hemric landed in a part-time ride with JR Motorsports’ No. 8 team, slated for 21 races this year. It’s hard for a driver to perform consistently in a ride he has to share, but JRM is an organization with a winning track record and Hemric knows how to communicate with a crew. He’s got more experience than some of his close competition and veteran teammates to lean on as well.

While the knock on Hemric has been his lack of a win in any national series, his last year as a full-time NXS driver, in 2018, saw him score 16 top fives and 23 top 10s in 33 races and a third-place finish in the final standings. Those are the numbers of a driver who’s plenty capable of winning.

Yes, that Ryan Sieg. Running for his family-owned team, Sieg is fourth in Xfinity Series points after three races, with three top-10 finishes and an average finish of fifth. The drivers he’s behind run for Joe Gibbs Racing, Stewart-Haas Racing and Team Penske, the heaviest of the heavy hitters. And while Sieg may not have the equipment to run head-to-head with them for wins every week, he’s shown so far this year that he can put himself in great position to capitalize on any situation and be in position to win should an opportunity present itself.

Sieg’s outdriving drivers whose teams spend far more than his can afford. While it’ll be hard for him to maintain the pace he’s set all year, he’s made it hard to look at him after the runs he’s had and say he’s not capable of finding a way to make a little luck.