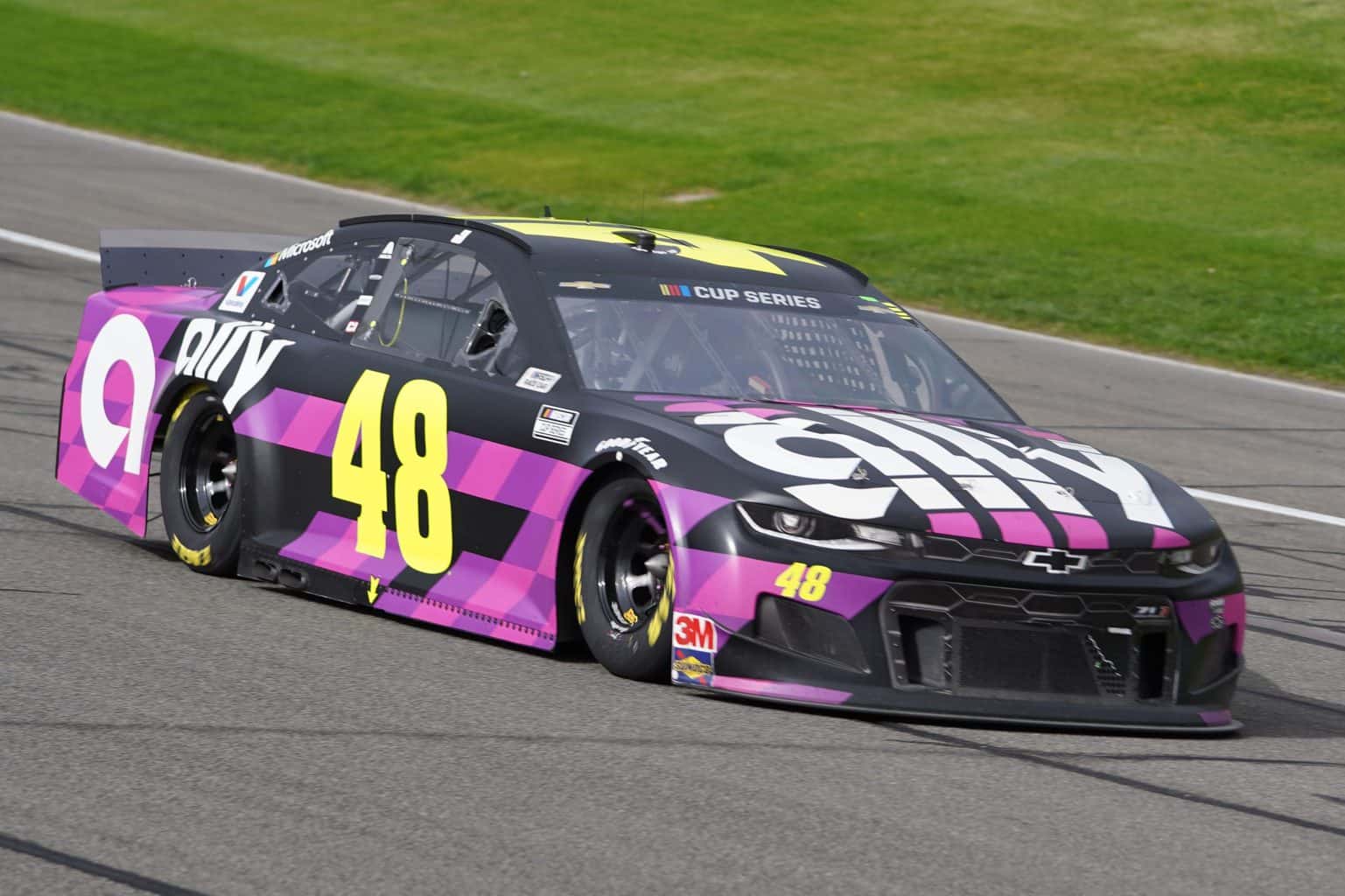 The Next Gen car in the NASCAR Cup Series will feature a single lug nut to be removed during pit stops. Is this a positive move, and what impact will it have?

Adam Cheek: I’m very in the middle. It’s positive in that there’s less of a chance for loose wheels to be an issue, since they’ll only tighten one per wheel as opposed to five. The traditional part of me isn’t a huge fan, but as the cars evolve it’s only natural for every facet of the sport to as well. Besides maybe making pit stops shorter, it’ll be a lateral move.

Christian Koelle: I’m mixed on this. One of the big reasons it will have a good is that we’ve had a ton of loose wheels on track that have changed things. Ever since NASCAR lifted the rules on lug nuts. things have never recovered, and maybe just maybe this’ll be a fix. It may be a move in the right direction.

Joy Tomlinson: It seems like a positive move considering the direction in which NASCAR is going. From a safety standpoint, the chance for error is greater when tightening five lug nuts, since tire changers need to get them on quickly. On an aluminum wheel, NASCAR’s tests showed the durability would be less with five lug nuts and pose a greater safety risk. Also, the flow of the pit stop likely won’t change. Lastly, the teams won’t have to glue the lug nuts on the wheel since the nut is in the socket.

Bryan Davis Keith: One of the last few things left stock on today’s stock cars is gone, pit stops have gotten blander and the table is set for further crew cuts when they figure out that tire changers can now carry their own tires. Pass.

Koelle: Let’s get past Atlanta Motor Speedway to say anything. This happens every year where we go, oh, this team is back or so on — and boom, nothing after Atlanta. All of these cars were built before the season started, and that means minimal updates and notes have been added. Once we get to Atlanta, the cream will rise, and I expect it to be Joe Gibbs Racing and Stewart-Haas Racing will start dominating again while everyone else will be one step behind.

Cheek: I won’t judge that yet. Is Hendrick doing well to start the season? Absolutely, but we should wait until six or so races in before making a verdict; that’s exactly one-sixth of the way through the season, the cars will visit a few more tracks before then, and it’ll give us a better idea of how its season might pan out.

Keith: It sure looks like Hendrick is back. It remains to be seen whether the newfound speed of the Impala will translate on the shorter tracks with the low-downforce package, but the Chevrolets can now win on intermediate ovals again. That will make them a contender for much of the season.

Tomlinson: Well, the first three events are a bit different this year than they were the previous five years. Last season they went to Atlanta after the Daytona 500, and then to Las Vegas Motor Speedway. This year teams went to Las Vegas and Auto Club Speedway before Atlanta (held in March). As mentioned on the broadcast, Jimmie Johnson ran every lap at ACS; it’s one of his better tracks. Atlanta, on the other hand, is not. Besides, it’s only three races into the season. Wait another few weeks before we decide whether a team is back or not.

Jimmie Johnson completed every lap of every race he competed in at Auto Club. Was ACS Johnson’s best track, or would you give that distinction to another one?

Tomlinson: ACS is one of Johnson’s best tracks, but that title goes to Dover International Speedway. In 36 starts there he has 11 wins, 17 top fives and 25 top 10s and has finished around 10th on average (9.9). Those 11 wins don’t even come close to anyone else, though there are some drivers who haven’t made that many starts. Martin Truex Jr., Kyle Busch and Ryan Newman only have three wins apiece at Dover. Johnson also has led 3,110 laps on the circuit. While completing every lap does prove that one is capable of avoiding trouble, and though he does have a better average finish at ACS, wins are still the most important factor.

Keith: Johnson’s lap completion numbers are impressive, but the run he went on at Charlotte Motor Speedway during the early 2000s, coupled with dominating the Lowe’s Motor Speedway in the Lowe’s car, will likely go down as his best track. After all, the Coca-Cola 600 is still a crown jewel race. Auto Club isn’t.

Koelle: Bristol Motor Speedway and Texas Motor Speedway; they are tracks he’s had past success at, and that’ll continue if HMS is on the right page. If not, that was it, the last gasp for Johnson’s retirement tour.

Cheek: If you think about tracks Johnson was good at, you immediately think Dover. Completing all nearly 6,000 laps in 26 starts at Auto Club is pretty damn impressive, but Dover is where Johnson was king. He won 11 races in 36 starts (winning almost a third of the time), only failed to complete 254 of his 14,419 possible laps there and led 22% of those completed circuits. He averaged a finish of 9.9 and only had two DNFs at a racetrack with a penchant for chaos.

Two drivers have earned their first career Xfinity Series win already in 2020. Who is most likely to be the next to join them, and where will it happen?

Cheek: Ryan Sieg or Riley Herbst might be my gut pick, but I’m going to go with Daniel Hemric. Hemric’s running 21 races on the 2020 schedule, nearly a third of the season, and his years and years of experience in all three series – somehow all without a win – will help him, and that same winless drought will drive him. He’s in JR Motorsports’ No. 8 car, a machine that scored 22 top-10 finishes in 2019 between nine different drivers. That car is getting to victory lane eventually, and Hemric might be the driver to get it there. Plus, the departure of Christopher Bell, Cole Custer and Tyler Reddick after 2019 has opened that window of opportunity even further.

Keith: It may be a little while before another first-time winner breaks through. Based on the early results this season Sieg seems the most likely candidate, but it remains to be seen whether the progress RSS Racing has made will translate to shorter tracks. I’d wager the next first the Xfinity Series will see is Austin Cindric scoring his first win on an oval.

Tomlinson: Based on this year’s results, Sieg. He finished ninth at Daytona International Speedway, third at Las Vegas and fourth at Auto Club. Though some incidents occurred to some of the early front runners last week, he still had a fast car; he recorded 21 fastest laps. If he can’t get it done at Talladega Superspeedway, then he might have a good shot at Iowa Speedway. Sieg finished second there in 2017.

Koelle: Sieg for sure, but I’m also looking at part-time guys. Hemric and Anthony Alfredo could do something big this year, and quick. Otherwise, Cindric/Harrison Burton/Chase Briscoe will be three of the Championship 4 come Phoenix Raceway in November.