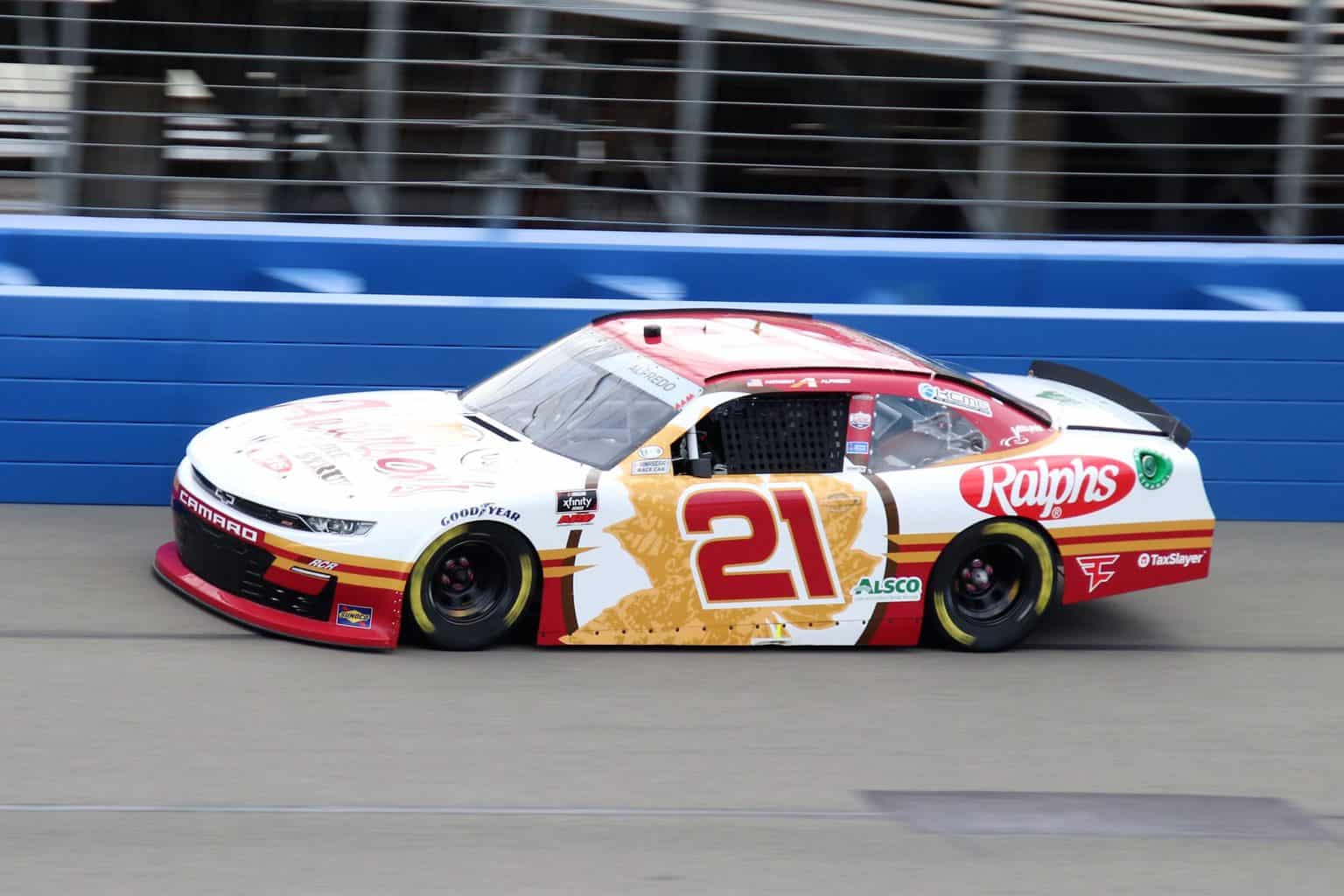 The NASCAR Cup Series has a variety of rookies and newcomers counted as part of its ranks in 2020, but it’s not the only national series experiencing an influx of new blood.

In the first three races of the Xfinity Series season alone, each event has featured at least one driver making his debut. And that’s a streak that will continue this weekend at Phoenix Raceway, where two more are likely to join the series for the first time.

First, some reasoning. Much has been said about the promotion of Tyler Reddick, Cole Custer and Christopher Bell to the Cup Series in 2020 after multiple highly successful seasons on the Xfinity circuit. What that does is open up opportunities, in theory, for other drivers — and sure enough, while Custer’s No. 00 ride at Stewart-Haas Racing left with him, Bell’s No. 20 at Joe Gibbs Racing has been filled by a relative newcomer in Harrison Burton, and Reddick’s No. 2 at Richard Childress Racing has basically become the No. 21, which has already housed the debuts of two racers to be mentioned later.

Burton, Riley Herbst, Joe Graf Jr. — these are among the faces in the Xfinity Series racing full time there for the first time in 2020, rising from other racing disciplines such as the Gander RV & Outdoors Truck Series, the ARCA Menards Series and more.

But Burton, Herbst and Graf came into 2020 having appeared in the series previously, albeit briefly. Today, we’re talking drivers who have made their very first Xfinity start in 2020.

It began at Daytona International Speedway with a pair of competitors. One, Jesse Little, arrived with the slightest of caveats. While most of his national series experience had come in the Truck Series for his family-owned team, the son of former driver Chad Little also made a pair of Cup starts for Gaunt Brothers Racing in 2018, earning two 35th-place finishes. So while he made his Xfinity debut this year, he technically had a higher-series appearance previously. He’s driving the full schedule this year in JD Motorsports with Gary Keller’s No. 4.

The other, Myatt Snider, had not yet made a Cup start, but he also had plenty of Truck experience. Another young gun whose dad had connections to the sport (broadcaster Marty Snider), he won the pole in his series debut at Daytona and figures to run the majority of the 2020 schedule, split between RCR’s No. 21 and RSS Racing’s No. 93.

Las Vegas Motor Speedway, the second race of the season, added a third to the party in Mason Massey. After first appearing on the national level last year via some Truck starts for Reaume Brothers Racing, Massey has multiple races planned in 2020 in BJ McLeod Motorsports’ No. 99.

Then came No. 4. That’s Anthony Alfredo, who’s one of the other folks in the RCR No. 21 seat this year, debuting at Auto Club Speedway. Like Massey, he debuted in the Truck Series last year, competing part time for DGR Crosley.

This weekend at Phoenix, we’ll likely get Nos. 5 and 6, barring either driver failing to qualify for the race — though given both teams’ placement in the owner’s points for the first five races this year, it seems unlikely they wouldn’t at least get a provisional if needed.

First there’s Kody Vanderwal, who reportedly plans to take over Means Racing’s No. 52 for the remainder of the 2020 season after JJ Yeley drove the first three races (and following David Starr‘s late-offseason exodus to JDM). Vanderwal may be most familiar to followers of the ARCA Menards Series West, where he won two races over 35 starts between 2017 and 2019.

Additionally, Colby Howard appears at Phoenix for the first race in a part-time schedule in JDM’s No. 15 this year, splitting the ride with Robby Lyons and Jeffrey Earnhardt. In addition to multiple ARCA starts, Howard appeared in a handful of Truck races last year for Young’s Motorsports.

So that’s six debuts in four races, barring any additions to the entry list this weekend. Sound like a decent amount? Yeah, it totally is.

In fact, Xfinity debuts are off to their best start since 2014. That’s when, after four races, seven different drivers had made their first Xfinity start. One of those, Chase Elliott, has gone on to NASCAR superstardom. A second, Tommy Joe Martins, plans what would be his first full-time Xfinity schedule this year. The rest are either currently somewhat abreast of racing or out of it entirely: Chad Boat, Ruben Garcia Jr., Dylan Kwasniewski, Cale Conley and Martin Roy.

That’s not to say that someone from this current crop will end up the Cup Series’ most popular driver while the majority of the rest will be gone in six years (though, hey, who knows?). It’s simply pointing out that it’s been six years since we saw this amount of front-loaded debuts on the Xfinity level.

And it’s a fairly good indication of what could be to come in 2020 when it comes to new blood in NASCAR’s secondary series. 2020 is currently trending well ahead of 2019’s debuts, and that was a year that saw 24 between February and November, the highest count since 2015’s 25. 2014 also saw 25, and the gold standard of the last decade remains 2012’s 33, a year that saw Xfinity debuts for Bubba Wallace, Ryan Blaney, Ty Dillon, Alex Bowman, Brett Moffitt and many more.

By all accounts, the streak could conclude at Atlanta Motor Speedway next weekend. There, only Earnhardt, a veteran of the series at this point, is currently announced as making his first start of the year. But expect others throughout the year. None have been explicitly announced, mind you, but rumor has it Earl Bamber will appear in RCR’s No. 21, with others likely to follow.