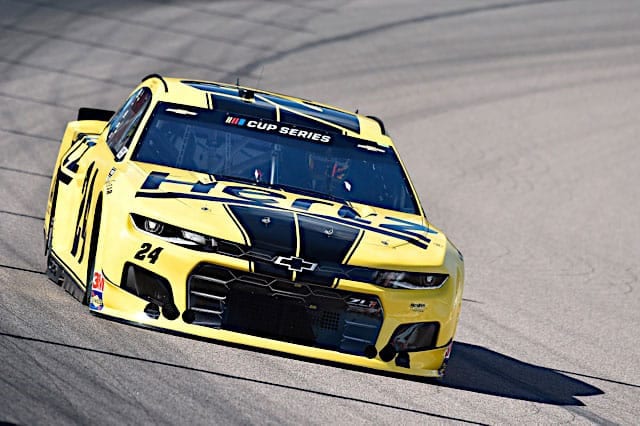 In the first practice session for the Fanshield 500, Byron and Elliott had the fastest cars. Byron completed 28 laps in this session, with his penultimate lap, his 27th, vaulting him atop the speed charts. His fastest speed was 134.595 mph.

As for their two teammates Bowman and Jimmie Johnson, Bowman was 12th and Johnson was 17th in this session.

Thirty-seven of the 38 drivers entered for the race completed at least one lap in this session. Driving the No. 66 MBM Motorsports Toyota, Timmy Hill was the only driver not to get on track in this session.

In the final practice, Elliott jumped up one spot to pace the field with the fastest speed of 134.213 mph. It was faster than his run in the first session but still slower than Byron’s quick time in the opening session.

Kyle Busch was second-fastest with a speed of 134.203 mph. He will also compete in the NASCAR Xfinity Series race at Phoenix Raceway this weekend.

Rounding out the top five were Aric Almirola, Bowman and Ty Dillon.

All 38 drivers completed at least one lap in final practice with 35 drivers practicing for at least 10 laps.

Twenty-eight drivers completed at least 10 consecutive laps in final practice, and Kevin Harvick was the fastest of that group.

The Fanshield 500 is scheduled to take place on Sunday, March 8 at 3:30 p.m. ET with TV coverage provided by FOX.