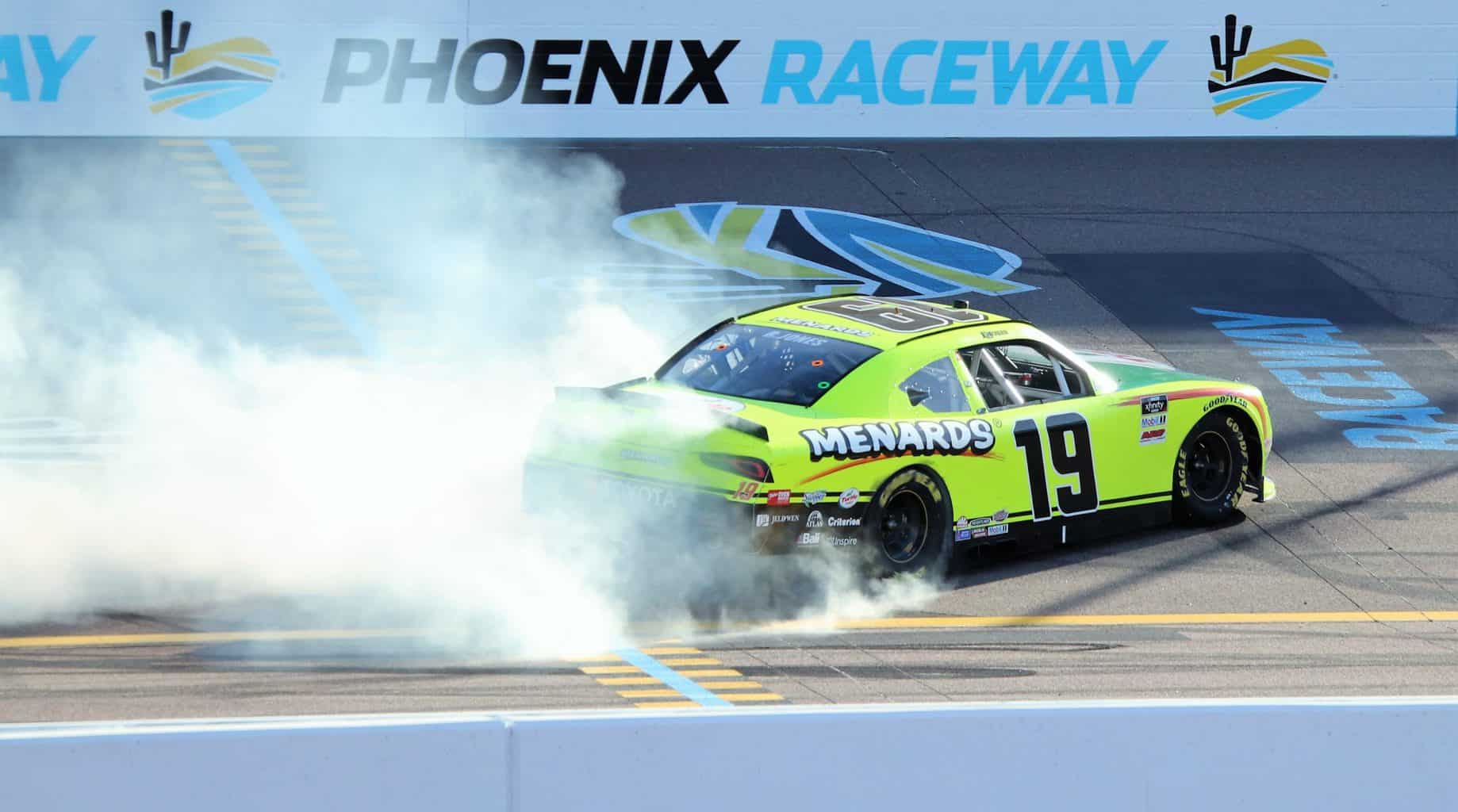 One week after starting on the pole, winning two stages and then getting caught up in an on-track incident, eliminating his chance for win, Brandon Jones won the LS Tractor 200 at Phoenix Raceway by 3.38 seconds over his teammate Harrison Burton.

The 23-year-old Georgia native held off his Joe Gibbs Racing teammate and last week’s winner Harrison Burton in the closing laps to get the victory and lock himself into the playoffs. Kyle Bush finished third with Brad Keselowski and Justin Haley rounding out the top five.

“How about that. I couldn’t believe he left the bottom open, we were so strong on that top lane. Toyota is the manufacturer to be with, I love these guys so much it’s like a family working with them. We work hard and we are going to get big results because of that.”

In a final stage, with 18 laps left in the race, Jones was able to take the lead from Kyle Bush and never look back, separating himself by over three seconds and taking the checkered flag home for the second time in his career in the NASCAR Xfinity Series.

With 63 laps to go after an incident between Dillon Bassett and Brandon Brown, the leader Justin Allgaier pitted for fuel only and most of the other leaders stayed out leaving Brandon Jones in the lead.  After the green flag flew, Bush took the lead but with 58 to go another incident occurred between Keselowski, Daniel Hemric and  Ray Black Jr. After a 10 Lap caution, Kyle Bush remained in the lead until lap 180 when Jones took the lead and ran away.

Chase Briscoe finished sixth, followed by Gragson in seventh, Austin Cindric in eighth with Ross Chastain  and Riley Herbst filling out the top 10.

The Xfinity Series is next on the track, March 14h at Atlanta Motor Speedway for the Atlanta 250