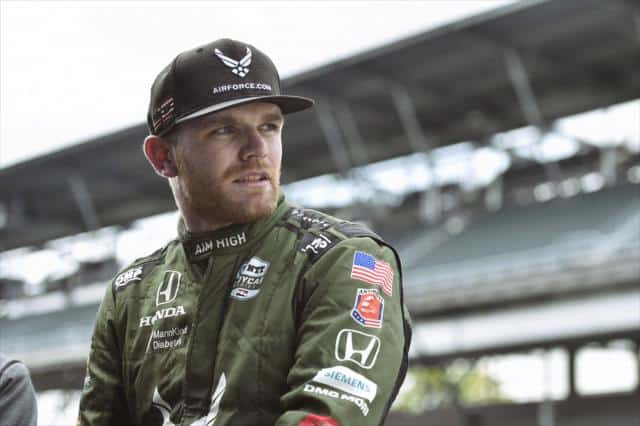 IndyCar Series veteran Conor Daly will return to Carlin in 2020, the team announced in a tweet Tuesday, March 10.

The Indiana native is scheduled for all oval races except the Indianapolis 500 in the team’s No. 59 Chevrolet.

Teammate Max Chilton will pilot the car in events at road and street courses, as well as in the 500.

We're excited to announce that Daly will be back w/Carlin in 2020 competing on all ovals except the #Indy500 in the No 59 @GallagherGlobal @TeamChevy w/ teammate @maxchilton already confirmed for all road/street courses &the 500 in the 59! pic.twitter.com/JJ2KCtmFA4

Daly scored finishes of 13th or better in all four starts with Carlin in 2019, his best result a sixth at Gateway.

“It’s been a tough couple years having to watch a lot of racing from the sidelines,” Daly tweeted. “Means so much to have this chance. Thank you @CarlinRacing.”

We are BACK to full time @IndyCar competition! Have to first of all thank @ECRIndy @edcarpenter20 for letting me do this. Its been a tough couple years having to watch a lot of racing from the sidelines. Means so much to have this chance. Thank you @CarlinRacing #GallagherRacing pic.twitter.com/dwIPQZxUub

Daly’s best career finish in the series came in the first of the two Belle Isle races in 2016, a second-place result that marked his first and only podium to date.