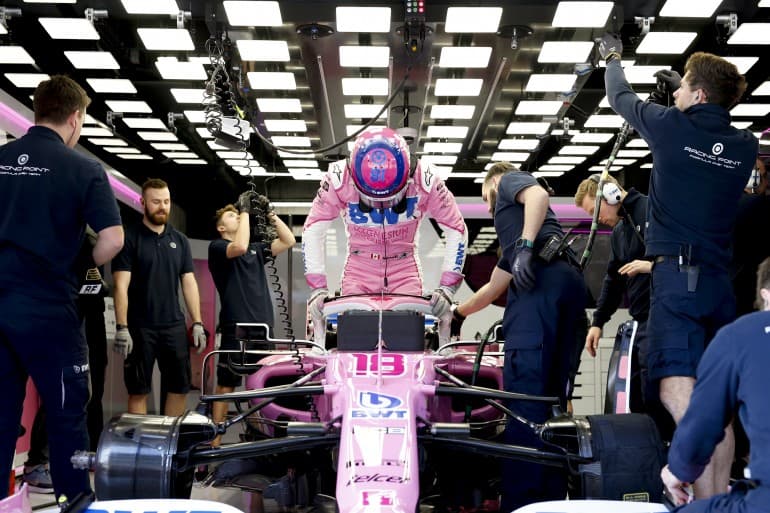 Coronavirus be damned! The Formula 1 season will go lights out this weekend at its customary starting track in Melbourne, Australia. Chatter that it might be canceled had surrounded the race, but with Ferrari en route, everything looks set to go on as usual.

The ʻon with the showʻ attitude is a bit puzzling coming on the heels of the series canceling the Chinese Grand Prix a few weeks ago, but it is in no way surprising. Compromised races bring a number of issues, from lost revenue to shipping logistics to scheduling messes to some in the paddock having difficulty tying their shoelaces. At the moment, the FIA have established a Coronavirus Cell (which itself comes across as a bad misnomer) that is keeping an eye on how to proceed with the virus unleashing itself on the world.

Already the Bahrain GP will run with no crowd – which brought a response from many pundits and fans that the race runs without a crowd anyway, so who will notice? But taking away these festival-like events is a disappointment to the public. That does not mean that the cost of allowing fans to see the race live outweighs the decision, only that removing leisure from our lives can have damaging effects as well.

As for now, the rest of the schedule is supposed to go on, with close scrutiny being paid to Vietnam and their inaugural race. What looks like the bigger concern is that bright red team that no one pays attention to.

Ferrari made it out of their country limits, but the virus is spreading there in fast fashion. As Italy has begun enacting self-quarantine, the question arises as to whether the team will be able to travel freely from home to the rest of the races.

The FIA already stated that should any team not be able to make a race due to travel restrictions, the race will not be held. From one perspective, this announcement looks like a way to establish unity amongst the teams and within the sport. However, this announcement also looks like social blackmail to a country that might block a team. Sure, it may be the smart thing to do, but public outcry towards a country that brings about the canceling of an F1 race would likely be (stupidly) loud.

As the teams make their last preparations to begin the season, here are some topics that will be of interest.

Lewis Hamilton has two records in his sights. The first is his ability to tie Michael Schumacherʻs seven championships. Even as Hamilton is considered the best driver of his generation, grabbing the seventh puts him in such rarefied air that everyone else appears to be choking on his slipstream.

In conjunction, with eight wins this year, Hamilton would eclipse Schumacher in this category. That number seems like it should be rather manageable. Since 2014, Hamilton has put together double-digit win seasons in all but one, and in that year, 2017, he still earned nine and won the title. A repeat of 2017 and heʻs taking the GOAT status.

With Hamilton looking to be in fine shape, the question that circles the sport is: will anyone challenge him? Of course, this question has been ubiquitous in the sport as Hamilton has dispatched everyone except his former teammate Nico Rosberg, who left the sport after winning his lone title in 2016.

The early signs indicate that Red Bull driver Max Verstappen will be the one with the best chance to take the fight to Hamilton, according to sports betting site Bets.com.au. While Charles Leclerc, of Ferrari, maybe a solid option, the turmoil that surrounds the team may be too much to handle. Consider that Ferrari are in a country with a notable Covid 19 outbreak, add in the scrutiny over their engine as they deal with the FIA looming over them after last yearʻs questions, and then throw in that teammate Sebastian Vettel is just as likely to wreck Leclerc as is any other competitor, and things donʻt look great for him.

As for Verstappen, the teamʻs relationship with Honda came off wonderfully in their first season together and preseason testing has shown that they have improved. His situation with his teammate, Alex Albon, is a friendly and positive one, and then thereʻs the calm steeliness coming out of Woking that portends that Red Bull will be the challenger to Mercedes.

Give Verstappen the car that can match Hamilton and we will be able to see just how much talent he has. Until then, he can only do so much.

The battle for fourth. If saying that youʻre racing for fourth place was a positive comment, youʻd wonder what was wrong. Fourth isnʻt even the podium. But fourth in F1 is the ʻbest of the restʻ position, the champion of the midfield. Last year, McLaren improved mightily and took fourth in solid fashion. This year, the midfield looks tighter.

McLaren wonʻt be left in the dust, as they have improved on their car, but they might not have put everything they want into it as they switch from Renault to Mercedes powerplants in 2021. Still, they look formidable to hold fourth again.

The team that looks the best bet to challenge them is Racing Point. With their ownership situation settled and the team structure in better shape, the team that thought their car was not pink enough last year and added more for this year. It looks like theyʻve got the speed to push McLaren.

Their driver lineup of Lance Stroll and Sergio Perez is solid if not spectacular, but the car is much improved. The team, in the most colloquial ways of saying it, look like they finally have their %$*@ together. If thatʻs the case, with Mercedes power driving them forward, they really have a chance to steal a podium or two in 2020.