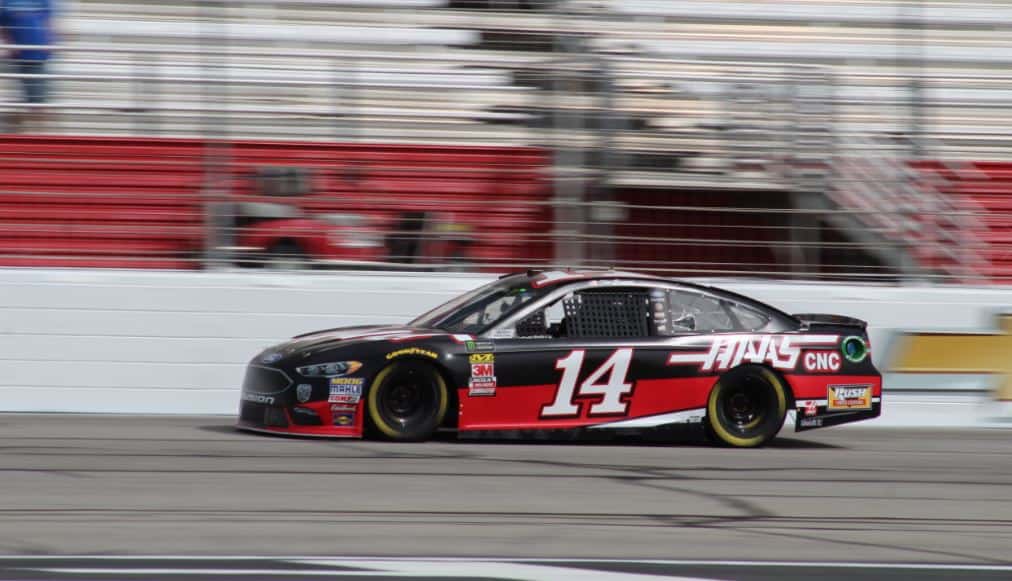 My local track is Sonoma Raceway, and I was there last June when good old DW’s duties in the FOX broadcast booth ended after nearly two decades behind the microphone. I saw him at various points around the track across the three-day weekend. From unveiling the tribute paint scheme Denny Hamlin would run for him at Darlington in Victory Lane, walking through the garage area, addressing the drivers meeting and chatting with the drivers behind the pre-race introductions stage, I couldn’t help but feel a real tinge of sadness from a man who has dedicated his entire adult life to the sport.

DW was predictably emotional in the Driver's meeting. pic.twitter.com/2jM3R4I87y

I had initially assumed FOX would fill his spot with someone new so I was, I’ll admit, a little surprised when they elected to go with just the two-man booth. And while it’s fair to say it is still the earliest of days, and four Cup races is not a sample any data scientist worth his or her salt would consider, I have to say the pairing is off to a really good start. It’s a different vibe for sure; both men have relaxed styles, and it’s somewhat quieter than FOX booths of the past, but for now I’m really enjoying it. I have to imagine it will only continue to improve throughout the remainder of this season and in the years to come. Keep up the good work, gentlemen.

Momentum can be a fickle master, but you can’t help but feel better times are ahead for IndyCar following a surprise takeover by Roger Penske this past offseason. A racer’s racer, and a true lover of open wheel, the Captain has exactly the sort of resume fans of open-wheel racing might have hoped for as a custodian of the sport. I’m sure we’ll see plenty of innovation and a bunch of interesting ideas over the next few years both on and off the track. The 17-race, six-month season gets under way this Sunday on the street course of St. Petersburg. This will be the 10th year in a row IndyCar has opened the year at St Pete’s – a venue that more often than not produces good racing. IndyCar will also debut the Aeroscreen this season, the latest in cockpit safety which is similar to the halo in Formula 1 but with the addition of a windshield made from “aerospace-material.” Once the green flag drops, this season is shaping up to be a battle between the youth movement and the tenured veterans. I’d expect some of the younger drivers like Felix Rosenqvist and Colton Herta to be factors but ultimately, I think the championship will be decided by the vets, and in particular Josef Newgarden, who I think will win back-to-back titles and his third in a four-year stretch.

With the West Coast swing in the books, the Cup circus heads to a classic NASCAR venue this weekend – Atlanta Motor Speedway. After five years as the first race after the Daytona 500, the schedule switch sees this race go off three weeks later than last year. This will be the 113th time the series has taken to the high banks of the 1.54-mile long circuit, a streak that extends back some six decades to June of 1960 and a win for the legendary Hall of Famer Glen “Fireball” Roberts. The fast, abrasive surface has baked in the heat of the long Atlanta summers and cooled in the winter months for 22 years. “The worn out surface is the best; I hate repaves! I get excited when we go there,” said Clint Bowyer of the track. “The speed, how the tires fall off, how you’re able to run all over the racetrack make it great.”

The Chase for Seven

In a wonderful weekend for the motorsport enthusiast, the 2020 F1 season gets underway in Melbourne, Australia at the Albert Park Circuit. The venue is the traditional curtain raiser for the F1 season, having hosted the season opener 23 times in 25 races, including each of the last nine. On the track, the big question this year is whether Lewis Hamilton win a seventh championship to equal the current record holder, the legendary Michael Schumacher. With a whole slew of regulation changes coming in 2021, it will be interesting to watch how teams approach the season knowing absolutely everything will be different next year. In a statement released this past Sunday, the organizers of the Bahrain Grand Prix, the second race of the year scheduled for the weekend of March 20-22, have announced that it will be a “participants-only” event with no paying spectators due to “continued spread of the coronavirus.” The Chinese Grand Prix, originally set for April 19th, has already been canceled. But as of the time of writing, the show will go on in Australia this weekend. As for my predictions, Hamilton will get it done and his Mercedes team will once again win the constructors’ championship. And I’m tipping Max Verstappen to push Hamilton hard, but ultimately fall short to the dominant and relentless British champion.

And finally this week, wasn’t it great to see Ryan Newman back at the racetrack for the first time since the scary Daytona 500 wreck? While his ultimate return to the car remains undecided, just seeing him up there on the pit box was fantastic. As for how the man himself is feeling? “It’s great to be alive,” said the Roush Fenway Racing veteran. “If you’re looking at my car, it’s a miracle.” Amen to that, Ryan. Amen to that.

The booth has been very good this year so far with just the two. With Jaws it was just silly and manic often times. Nice improvement from the 3 man group!