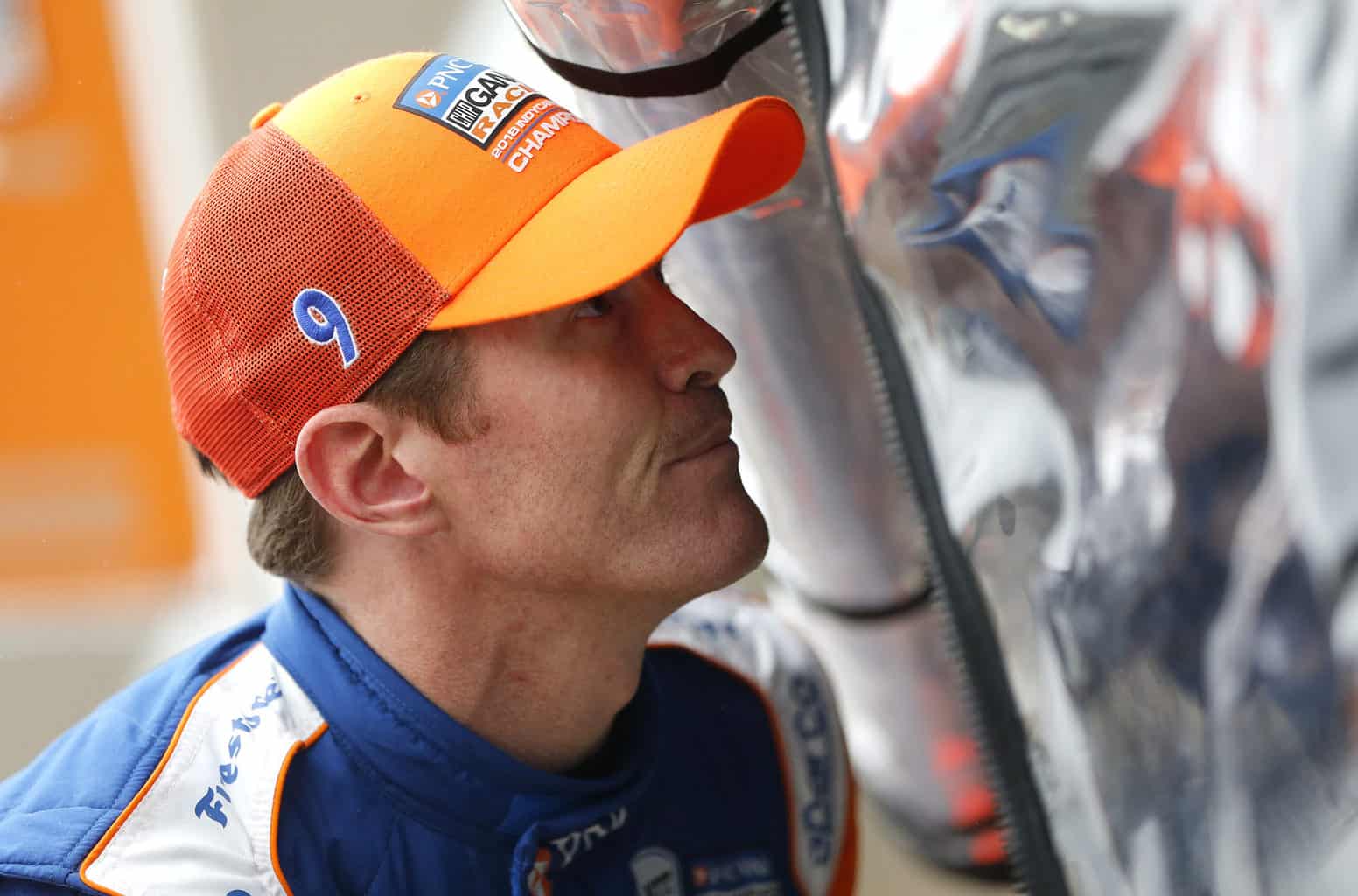 With the 2020 IndyCar season just days away, Scott Dixon has a lot to look forward to. The five-time champion has a new teammate at Chip Ganassi Racing, a new aeroscreen on the No. 9 CGR PNC Bank Honda, and a new opportunity to win his sixth title. Given all that’s happened, it’s no surprise that Dixon is raring for the green flag to drop Sunday at the Firestone Grand Prix of St. Petersburg.

Dixon spoke on Monday about how he’s feeling going into the 2020 season, what he learned from the offseason testing of the new aeroscreen, and what he feels the key to success is for IndyCar drivers if they want their careers to last as long as his.

Brittany Frederick, Frontstretch: Scott, what are your thoughts simply about getting the 2020 IndyCar season started after a busy offseason?

Scott Dixon: I think everybody is just excited…Some of us have had the luxury of doing additional races, which is always good, before the season takes off. Just the format of the IndyCar season right now—how long the off-season is, how little testing there is—I think there’s a lot of built-up energy and people eager to get going.

There’s no difference for me. I think everybody is just trying to prepare as well as possible and make the off-season gains and development, and just try and take off and fix the areas of weaknesses that we had last year. Ultimately, [I’m] excited to get going and can’t wait.

Frontstretch: You were one of the drivers most involved in testing the new aeroscreen that will be on every car this season. Have you noticed any particular changes that have come from having it in place? What should we expect with it at St. Pete?

Dixon: I’ve only done oval testing till we did the COTA and Sebring [open tests]. There was a lot of emphasis on the cooling situation; some people have brought up some issues with that. They’ve been able to test at some of those circuits. Even when we did the short oval test at Richmond, cooling seemed to be a little bit of an issue. COTA was extremely cold [so] that was going to be a non-issue there. The Sebring testing, which typically can be a little hot, you don’t get a whole lot of time to rest at that test track. The adjustments have been made. The cooling, at least, was very sufficient for us.

Handling-wise I think the [center of gravity] is a little higher, the car is heavier. Definitely one of the areas we’ve really got to try and turn around because we keep adding weight to this car, which especially for accidents is not a good thing. It’s the same for everybody as far as the handling issues. We haven’t seen too much of a difference for us…but every team is unique on that side of things, too.

The oval stuff did seem to be quite interesting in traffic, especially Indianapolis, where you typically get big washout behind the car in front of you. It seemed to kind of actually do the opposite—got loose once you got close to the car. We’ll see how that plays true once you start getting into bigger packs.

Frontstretch: The youth movement in IndyCar is continuing; there are six full-time drivers in the 2020 IndyCar season who are 23 or younger than that. What do you remember from when you were a rookie that you’d feel is important for some of these up and coming entrants?

Dixon: At that age—I think I was 19 or 20—you’re just really excited to be there, to be honest. You’re trying to do the best job you can. [I] kind of came in with a smaller team, quickly moved to quite a dominant team which had a lot more resources.

I think the biggest thing that’s changed these days is the team size. There’s a lot of teams with more than just two cars. That really wasn’t apparent when I started. You’ve got more information to pull on, more drivers, plus the data and video. The video especially has kind of evolved. You can pretty much have the data of any other person’s car, which is kind of interesting. Some guys are quite good at analyzing and copying that. I think that has kind of helped in one way quicken up the process.

I also, my first year, had maybe 50 or 60 days of testing, compared to now where throughout the whole season you might get six or seven depending on a test.

For me it’s always been the same process of keeping an open mind. I think each weekend changes significantly from the year before or even from race to race. Never think that you know everything. That’s the worst position you can be in. You’re constantly learning. It’s constantly changing. The sport, even over the last 19 or 20 years that I’ve been a part of it, how much it evolves and changes from season to season is pretty impressive.

I think it’s fantastic to see the amount of young guys coming in now. There was [a] pretty good influx probably five to six years ago, as well, with a lot of the guys. You can see their performance, how they’ve adjusted, how quick they’ve been. It’s extremely important for the health of the sport. Hopefully they can keep charging.

Frontstretch: Chip Ganassi Racing added a third car for 2020 with the addition of Marcus Ericsson. What has having him or having that third car again brought to the team so far?

Dixon: The most I can see from right now is just the amount of personnel we’ve been able to bring on. We’ve kind of been pretty thin there for a while, especially in the engineering department. We’ve been trying to hire people for almost two years. Just couldn’t find the right fit. We added a lot of people this year—probably four or five on the engineering side, then the depth of the whole [Ford] GT program coming over has helped as far as management and also crew people as well.

Personnel-wise the team is probably in the best situation I’ve seen it in the last maybe five or six years. So I think off-season development has been really good. Also the change of mindset. I think we kind of got stuck there a lot of times, just doing the same thing and looking for different answers, which just wasn’t working in some of our weak areas. We definitely have always had a very good base.

I think the addition of [Ericsson] and more cars on the team is going to be great. We’re looking for big things from him, especially with his second year. The first year is always fairly daunting trying to get up to speed, going to a lot of circuits you haven’t been before. Pretty much a Team Swede now with him and Felix [Rosenqvist]. (laughs) It’s been a lot of fun so far and hopefully we can keep building on it.

Frontstretch: The Firestone Grand Prix of St. Petersburg is the rare race that you’ve never won. Do you have any idea why that’s been the case, or what you can do to change that in the 2020 IndyCar season?

Dixon: I think we’ve finished second there four times or something. I’ve led races there, checking out, hit the wall, done crazy stuff. We’ve been in similar situations with strategy where it’s been flipped as well.

It’s tough, man. It’s tough to win. [St. Petersburg] doesn’t owe us anything. We’ve just got to work harder and try to eventually get to that top spot. Each year, I swear. just keeps getting more difficult. There’s never one thing. I think it’s constantly changing. Just keep our head down and keep working hard.