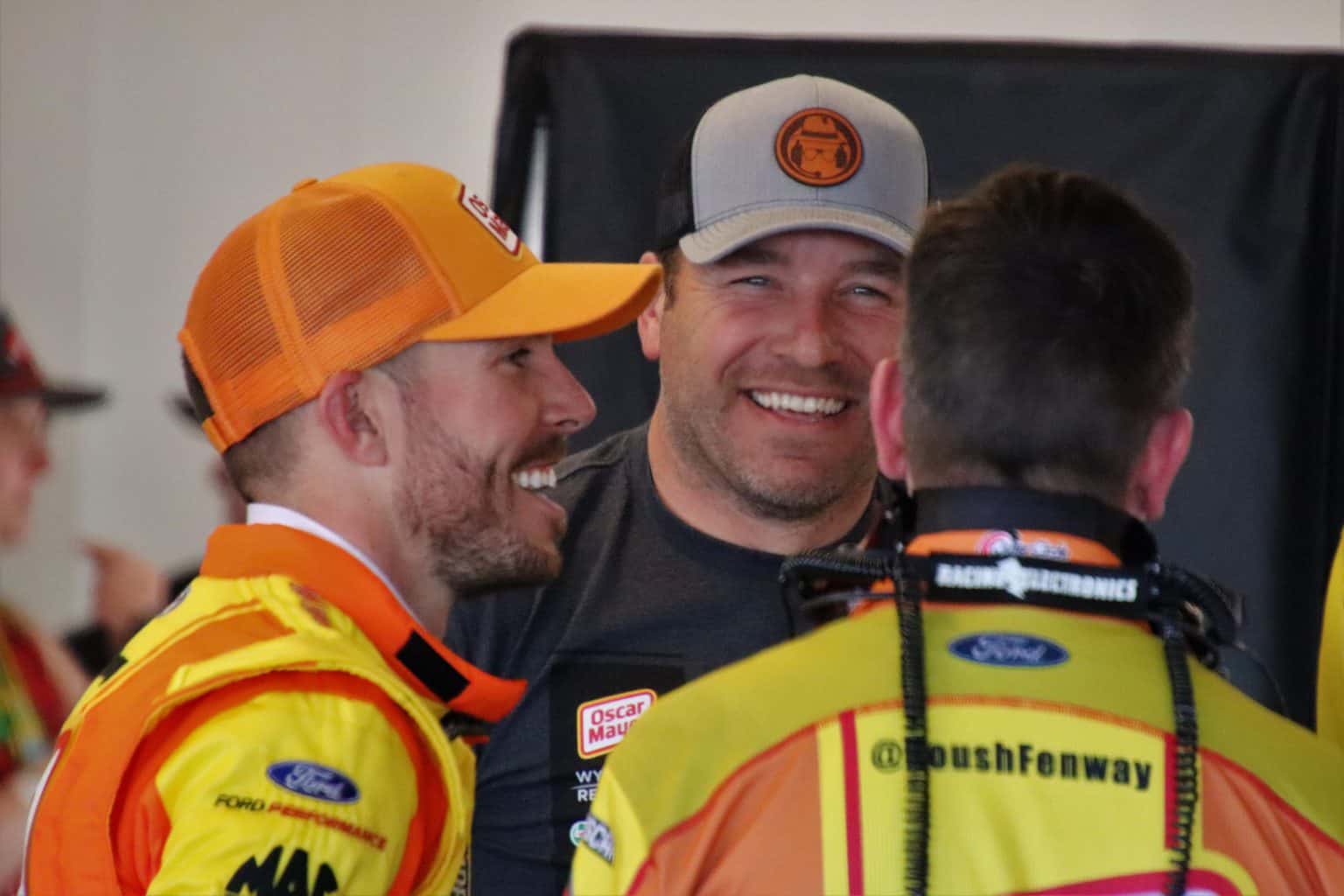 NASCAR Cup Series driver Ryan Newman went on Today for an interview early Wednesday morning (March 11), sharing some details of his head injuries after that violent crash at the end of the Daytona 500.

“Basically like a bruised brain, it just takes time for it to heal,” he said. “I was knocked out; there was a point where I don’t remember a part of the race. Realistically I just feel so lucky, on so many levels I feel so lucky. You look at the crash, you think that’s spectacular in a bad way, right? But you look at the car afterwards, you think about all the things of what happened right for me to be sitting here.”

He was in the lead on the final lap of the rain-delayed race when Ryan Blaney attempted to push Newman to victory. Newman’s No. 6 Roush Fenway Racing car got off-center and turned right across the racetrack. It made heavy contact with the SAFER barrier and flipped around and upside down before getting struck by Corey LaJoie at the driver’s side window.

“This is my I-shoulda-won interview, right?” he said. “I mean, it’s emotional, no doubt, and I think about the fact that I was that close. But really, in the end I’m really humbled by the opportunity to experience to continue my life, to be blessed by so many people’s prayers, to be sitting here and hopefully make something of it, enjoy life with my daughters.”

Many safety measures came into play, including the Newman bar, which was added to the front of the roll cage to further protect drivers.

“It’s not just me, but there’s a whole group in NASCAR who has done a great job,” he said. “From the tracks to the safety personnel, the drivers inside the cars, the cockpits, the containment seats that we have, there’s so many levels of things that happened in the last 20 years that I’ve been a part of this sport that help me to be able to sit here today.

“The cage was compromised; all of those welds held together so the guys in the shop did an amazing job. All the things that happened that kept me here, I got hit from behind by a car going 190 miles an hour, and it pushed me back but then (LaJoie) pushed me forward, like his car actually hit my seat, so it’s just lots of things that happened that aligned, right? The angels aligned, held a really good grip with their hands.”

Things definitely had to go right for Newman to walk out of the Halifax Medical Center within 48 hours. He told his girls, “daddy’s alright. They seem to be completely fine with the fact that I’m still daddy. I think it would be totally different if something else would’ve happened, but I’m 100% who I was, which they were good with, so I’m fine.”

Newman, who has been in the NASCAR Cup Series full time since 2002, said, “it’s been a little bit painful to be out of the racecar, and to not be doing what I’ve done for so many years. I started racing when I was 4 years old, 4-and-a-half years old, so it’s just kind of who I am.”

While he doesn’t know exactly when he will get back into the car, he wants to get back “as soon as I possibly can.”

“Just a miracle on so many levels.” It’s been less than a month since NASCAR driver @RyanJNewman survived a frightening wreck on the final lap of the Daytona 500.

Ryan joined us for his first interview since that crash. pic.twitter.com/GBxsCJqGlF

Kudos to Newman for doing the interview & being a good ambassador for the sport.

Thanks for posting the text of the interview. He is indeed a very lucky guy to have survived and to be doing as well as he is.

I’m very happy for him and for his girls.

Great article Joy. Thank you very much. I was thrilled to see Ryan on tv at the racetrack this past weekend. Continued prayers for Ryan’s full recovery.

I enjoyed watching the interview. He and the crew are still in my prayers. He definitely had angels in the cockpit that evening.

The most surprising part of that interview – when is the last time that you remember seeing Ryan smile? Fearsome competitor and glad to see him alright.