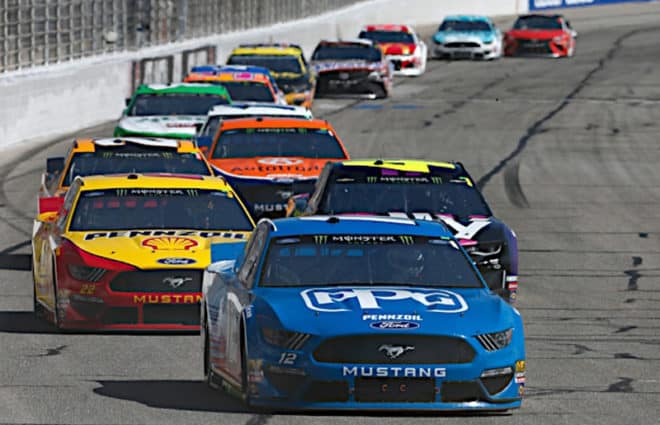 1 Burning Question: Call It Off Now

1? Where’s the other three questions?

There’s nothing I would like more than to write about what is currently scheduled to happen at Atlanta Motor Speedway this weekend.

Chase Elliott returning home to take on Kyle Busch for a $100,000 bounty? Gushing about the history about one of NASCAR’s original four speedways? Joking about the latest in the Angela Ruch saga? Previewing one of the best mile-and-a-half surfaces in all of NASCAR? That would all be awesome to do.

Sadly, it has become clear in recent days that writing about all of that would be extremely inappropriate without addressing the elephant in the room.

COVID-19 is no laughing matter. It’s not the flu. It’s not a cold. It’s something far more serious.

This is a bug where victims may infect other victims without even showing symptoms. It has a much larger death rate than either the flu or the common cold, but more importantly it has a much larger hospitalization rate. Our health system would collapse completely if the storms of Italy were to cross the Atlantic at the speed they are threatening to do.

America is not testing enough people. Hundreds to thousands of more people in this country may be infected and spreading this without even being aware that they have it. We have so few tests compared to every other country. It’s time to stop playing around with this.

The NBA announced that its season has been postponed. The NHL will be postponing their season. March Madness, one of the biggest sporting events every year, is canceled. Even opening day in baseball, one of the grandest traditions in our country, has been delayed by a couple of weeks, with spring league canceled outright.

The CAA announced that an official who worked the league tournament has tested positive for coronavirus. He did not exhibit symptoms for 72 hours after the game he worked.

Schools are shutting down. People have been told to work from home. Large-scale gatherings of more than 250 people have been banned in my own state, and more almost every few hours. Most of this country, and the world at large, have begun to wake up.

Then there is NASCAR and IndyCar.

NASCAR began its response on Wednesday by announcing media restrictions and rules for this weekend at Atlanta. Then, um, that 30-minute block on Wednesday night happened when President Donald Trump banned European travel, the NBA postponed the season and beloved actor Tom Hanks announced that he had contracted the virus.

Nothing was announced on Thursday morning from NASCAR. Then, Miami-Dade County’s mayor announced that no fans would be allowed to attend next week’s race at Homestead-Miami Speedway. Then IMSA did the obvious thing and postponed next week’s 12 Hours of Sebring, because they really couldn’t have held it without Europeans.

NASCAR announced it would make an announcement at 1 p.m. EST. Then it became 1:15. Then 1:30. No announcement.

Then NASCAR finally announced, after news had came out in that time frame about so many other sports and colleges cancelling events… that Atlanta and Homestead would not be open to the public. 20 hours after the NCAA announced they would not have fans in arenas during March Madness, and a few hours before the tournament was canceled entirely.

I understand that it is an extremely tough decision. There are friends in the garage area that I know who would be lost monetarily without the races running this weekend even though that the cancellation of March Madness is going to effect way more jobs and lives than the cancellation of NASCAR/IndyCar. And NASCAR itself would be missing out on a lot of television money and the exposure of being the only major sport on television this weekend.

But there’s one little problem with NASCAR’s plan, and it involves the fact that there are still hundreds of people in each series’ garage. In sports like basketball, you really don’t need that many people, because not every team in the league is there. With NASCAR, every team and every crew member are there in one garage.

Let Clint Bowyer’s spotter Brett Griffin accidentally stumble his way into explaining the problem with all of this.

You’re missing my point. How do I know I have it? It’s a Saturday afternoon. I don’t feel good. What warrants me leaving? How you want me to get home? Do I have it or not have it? It’s not as easy as stay home.

Allow me to reiterate: this is a virus that can spread before symptoms are shown. Simply deciding that you’re too sick to go to the garage this weekend isn’t enough to potentially stop an outbreak. And while NASCAR deserves at least some credit for placing obvious restrictions on media, it’s not going to be enough to stop a potential outbreak in the garage.

This is completely irresponsible of NASCAR and IndyCar, who have canceled everything in St. Petersburg this weekend besides Sunday’s grand prix, and it’s something almost every other sports organization has figured out. When you’re basically getting shown up by the XFL, that’s not a good look. And as above, it is not an easy decision to make. It’s completely understandable for there to be initial reservations for the industry. I don’t even know what might happen to this website if NASCAR and IndyCar decide to suspend their seasons. But holding a series of events and risking everybody in the sport ultimately because of television dollars is short-sighted and extremely greedy on their part.

NASCAR needs to postpone races. IndyCar needs to postpone races. They’re already starting to get postponed, with cities beginning to wise up. It is always better to be proactive in situations like this instead of reactive. Because if the worst occurs and there is an outbreak in either garage this weekend? There will be hell to pay from the media, the public and the government.

We are at war, and during war time, non-essential functions must be eliminated for the good of the people. It happened during both World Wars, after all. Stopping sports have given doctors a fighting chance at keeping the curve in place, and it’s important right now that everybody understands that this are extraordinary circumstances.

It would suck to not be able to watch NASCAR on Saturday and Sunday; the sport and the people in it mean so much to me. But if holding an event has a tangible chance of hurting the war effort, it is not worth the risks involved.

Michael has watched NASCAR for 15 years and began covering the sport five years ago. He is a graduate of Salisbury University and a proud member of the National Motorsports Press Association (NMPA).
Previous Formula 1 Cancels Australian Grand Prix
Next Fire on Fridays: Brad Keselowski Should Stay at Team Penske 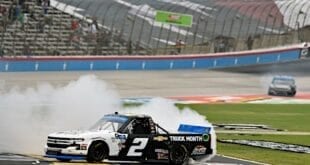