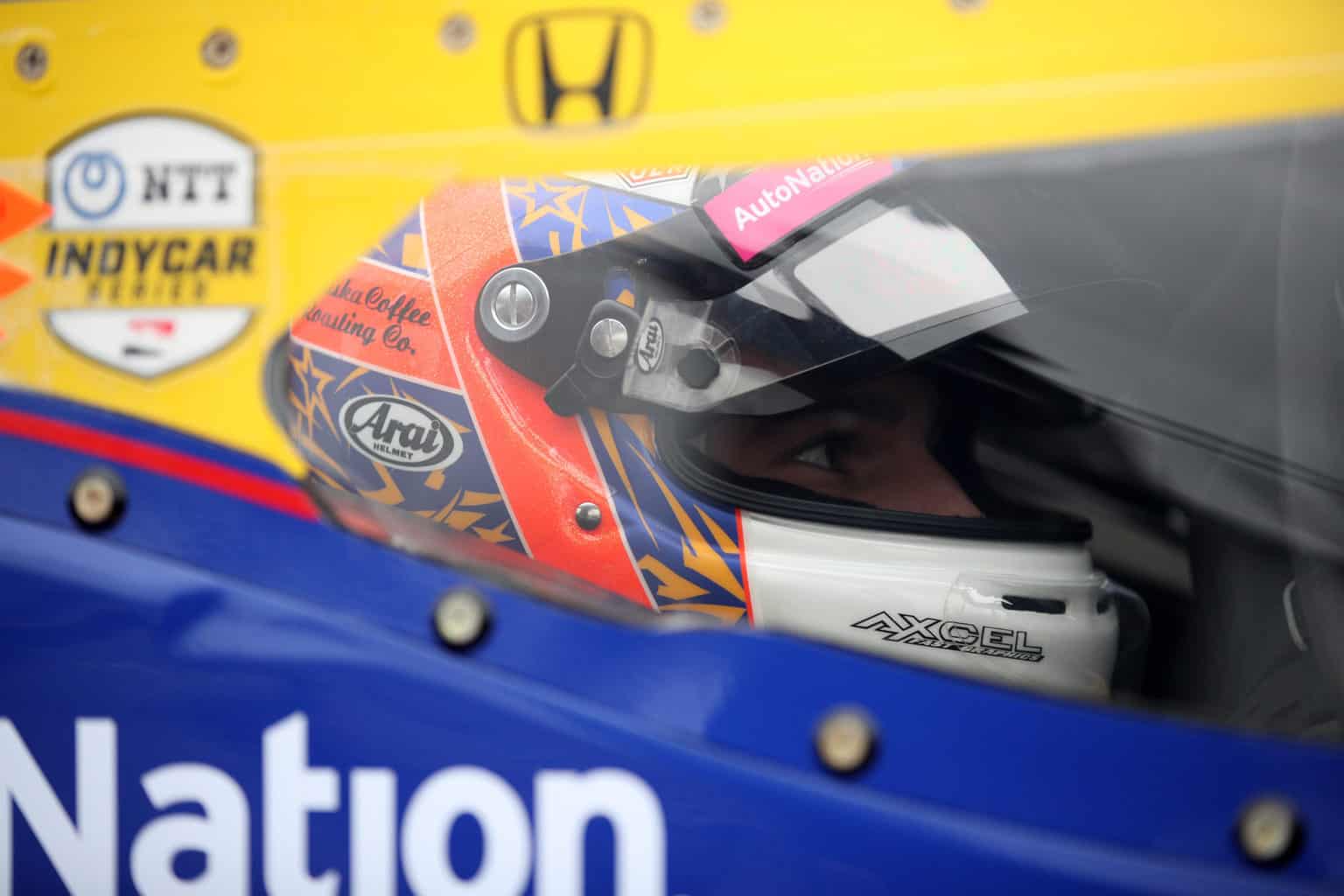 Every year seems like Alexander Rossi‘s year to win the NTT IndyCar Series championship. The No. 27 Andretti Autosport Honda driver has been competitive every season since he joined IndyCar in 2016, but he has yet to make that last leap to being a champion. So will the 2020 IndyCar season be the one where he clears that final hurdle and gets to hold the Astor Cup over his head?

Rossi spoke earlier this week about the importance of starting the season off with a good result in Sunday’s Firestone Grand Prix of St. Petersburg, the expansion that Andretti Autosport made during the offseason and why IndyCar drivers have to be constantly evolving.

Brittany Frederick, Frontstretch: You’ve finished in the top five in the last two St. Petersburg races. Is it critical that you have a strong result in the first race of the season?

Alexander Rossi: It’s very important. Racing is a pretty big momentum-based sport. If you can start off the year on the right foot, it’s a positive thing.

St. Pete is an interesting place. It’s a very challenging street circuit. It’s one that most guys have a lot of experience on. It’s always very close and [you’re] pretty tightly in it together, in terms of the qualifying results. You have to be on your A game for the first race of the year, which is always a little bit of a challenge having been out of the cars for a while.

[I’ve] been lucky enough to have some races since the season finale in Laguna. [I] feel pretty excited to get the season going. Hopefully we can roll off the truck pretty strong and have a fairly event-free weekend.

Frederick: What do you think it is about St. Petersburg that’s made it the IndyCar season opener for so many years? Is there something special about it from a driver’s standpoint?

Rossi: Most city races, street races, that we go to, there’s kind of a buzz and an atmosphere that comes along with that. St. Pete is no exception. I think just the fan turnout is always really strong. Not just people in numbers; it’s a really knowledgeable fan base. That’s always exciting for us.

You obviously have people that either love you or hate you. (laughs) Hey, that means people are passionate about it and excited to be there, which is a great thing for everyone participating and the series as a whole.

Frederick: Andretti Autosport was very active in the offseason; Colton Herta’s entry is now formally under the Andretti Harding Steinbrenner Autosport banner, and James Hinchcliffe is joining in for three races. Do you think having the extra teammates and extra data will help you in the 2020 IndyCar season?

Rossi: Hopefully that was the missing piece: keep adding cars until we get a championship. (laughs) No, I think it’s really cool to be able to bring Colton into the fold full time. He was kind of already there with the Harding Steinbrenner Andretti relationship we had last year. We have already noticed a positive difference having the engineering staff back in the office and everyone kind of under the same roof, being able to just more efficiently kind of bounce ideas off each other, just progress the whole team forward.

Colton is a super big asset for us. He has a lot of raw pace. He certainly was already contributing in his rookie year. Really excited about it. The partnership got made with Meyer Shank Racing and Jack Harvey. It’s kind of a similar deal to what we had with Colton last year, where Jack will be working with us on race weekends in some aspects.

I think in a time where it’s so competitive, you’re looking for tenths and hundredths of seconds, to have a variety of inputs is a positive thing. The important thing for us at Andretti is to make sure we have an ability to get through all that information in an efficient way. We have processes in place. We’ve been a big team for a while now. It’s not that we’re going from two cars to five cars. We’ve been four ever since I’ve been a part of the team. This is kind of just the natural progression.

We’ve done a lot of really positive things this off-season. Hopefully it’s enough to finally break through that barrier and we can come out of the last race with a championship.

Frederick: Scott Dixon spoke about the value of constantly learning and adapting for IndyCar drivers to be successful. What are your thoughts, as someone who’s quickly become one of the stars in this league, about what it takes to get to the top?

Rossi: Racing is a very difficult sport, in the sense that you’re only as good as your last race. You’re constantly having to go out and re-prove yourself regardless of what you’ve accomplished in the past. There’s so many guys coming in [that] your job security really doesn’t exist.

As Scott said, you have to each weekend be willing to adapt and change on things maybe you’ve been doing your whole career. Having the ability to do that and the wherewithal to do that is one thing, but also having the mindset and even the team around you to help find the areas of weakness that you have, help get you in the right direction to better yourself.

In a series where it’s generally very spec, the difference between first and 10th is very, very small margins. A lot of that comes from you as a driver, just being able to know how to find that bit of lap time each time you show up at the racetrack. I don’t think it’s a talent or a skill set that’s necessary just for a young driver; I think it’s necessary for every single one of us.

Frontstretch: You and Hinchcliffe are partners on the Off Track With Hinch & Rossi podcast. What’s it like to now be teammates on the same IndyCar team?

Rossi: It would be pretty awkward to have a racing podcast with someone that wasn’t driving racecars. It’s great from that standpoint. Obviously he’s one of my very best friends. Happy for him on a personal level.

He’s someone that has been on pole at the Indy 500 before. He’s had lot of pace around there, a lot of success. It’s kind of like the previous question, right? It’s a lot of information that we’re going to have access to. It’s going to be important for us to have a way to go about it in an efficient manner, so you don’t get lost in the fray with different opinions and numbers flying around.

James is a great driver. It’s exciting he’s bringing a new partner into the series with Genesys. We’ll be looking forward to having him for three races.