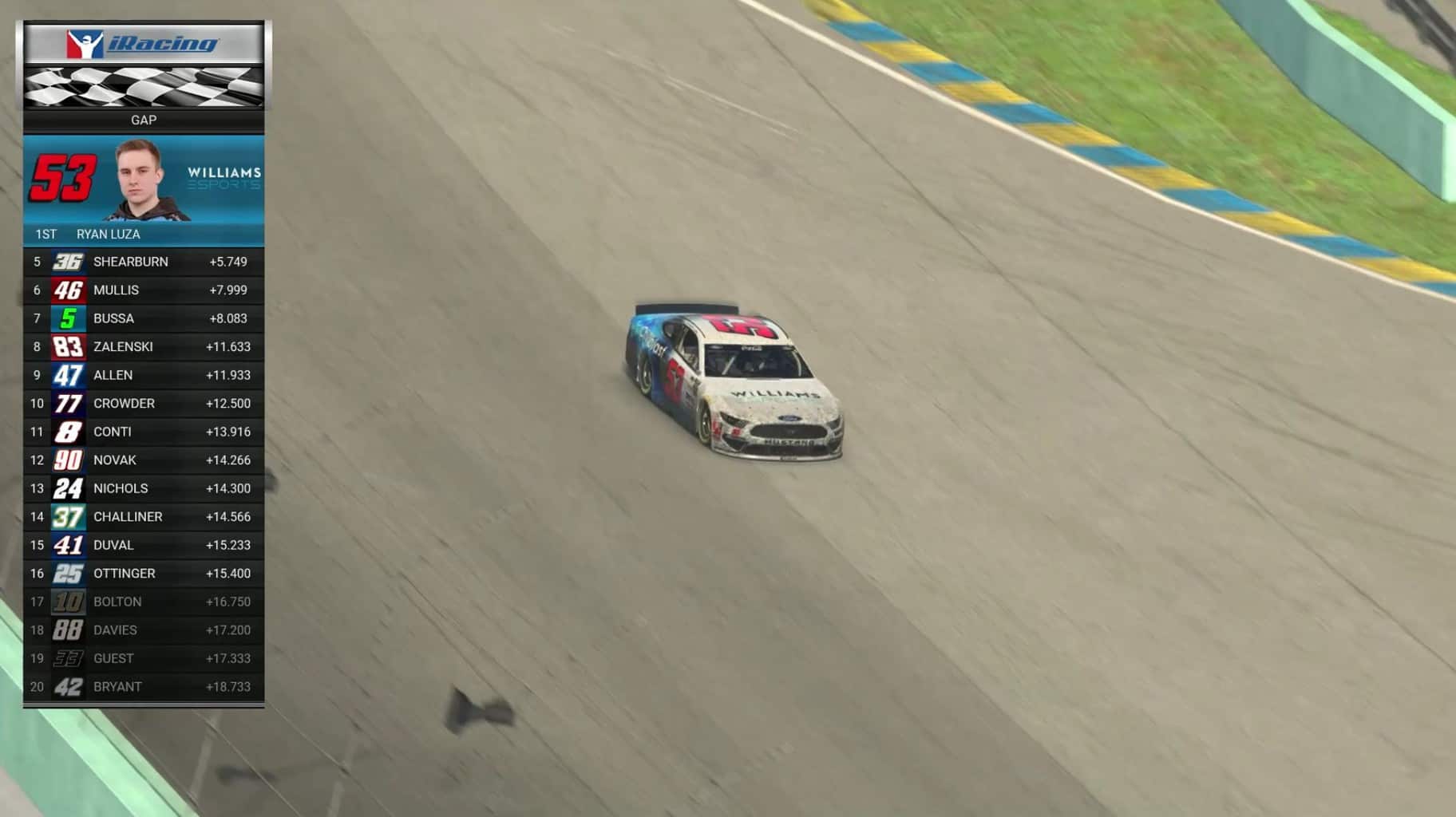 When the eNASCAR Coca-Cola iRacing Series heads to Homestead-Miami Speedway, there’s a pretty good chance Ryan Luza will finish in the top five something he’s done every time he’s raced there. Sometimes he does even better, and Tuesday was one of those times.

Luza made the night’s most important pass on lap 105, diving his No. 53 Williams Esports Ford to the inside of Bobby Zalenski to take the lead. Even with the likes of Logan Clampitt showing speed behind him, Luza was never really challenged down the stretch, claiming the checkered flag for the second time at Homestead. The win was Luza’s 13th in his eNASCAR Coca-Cola iRacing Series career, good for third all time and just one behind Nick Ottinger for second.

Leahy led all of the race’s first relatively calm 40 laps, which featured less side by side racing than in the first two races of the season. The lead cycled to Luza after green flag pit stops, even as drivers like Steve Sheehan had trouble with the new entrance to pit road.

A caution on lap 64 for a flat tire on the No. 6 Roush-Fenway Racing Ford of Nathan Lyon briefly brought the thought that some teams might try to go for a single pit stop and win on fuel mileage, but a second caution shortly thereafter for a spinning Caine Cook mostly put an end to any strategy plays.

Luza stayed on brand by hanging consistently within the top five all night, and even though he was running third with 39 laps left, he was able to make his way by Lowe before setting his sights on Zalenski for what proved to be the race-winning pass.

The eNASCAR Coca-Cola iRacing Series is off to a parity-filled start with three different winners in its first three races — a sharp contrast to the beginning of the 2019 season, when Luza was victorious three times in the first five events. The series returns to action on March 31 for 250 laps at Bristol Motor Speedway, but NASCAR VP of Racing Development Ben Kennedy revealed that NASCAR stars will hit the virtual track on Sunday, March 22 for the inaugural eNASCAR iRacing Pro Invitational Series event. That race will begin at 1:30 p.m., with broadcast details yet to be announced.

Really????
Credence to this?
The world may be coming to an end.