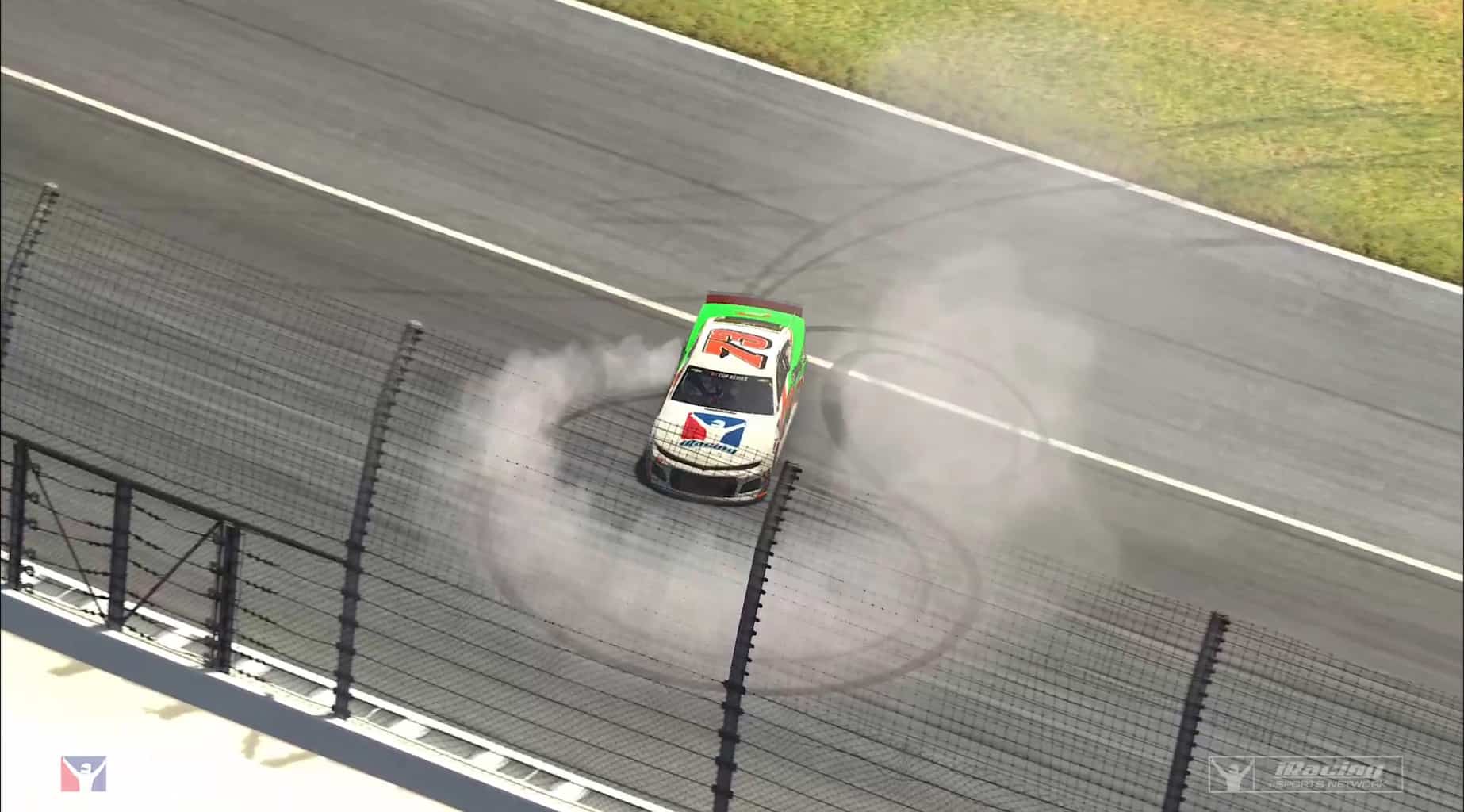 Berry qualified on the pole and never looked back in a complete domination of the field, even though he was briefly challenged on restarts.

The race began with several drivers getting involved in individual incidents, including the first lap where Xfinity Series regular Justin Haley went across the track after Christian Eckes made contact with him. Later on, Eckes himself got loose and spun around when Regan Smith bumped him, which unfortunately knocked Eckes out of the race.

However, the race stayed green up until lap 36, when Byron’s Cup Series crew chief Chad Knaus bounced off the wall and into another car. This set off a multi-car melee with several top competitors involved, including Dale Earnhardt Jr. NHRA Funny Car wheelman Ron Capps was also caught up in this accident.

Big thanks to the drivers who put on iRacing events for us. Especially Chad Knaus here. That was so awesome what he did. #NASCAR #Replacements100 #iRacing pic.twitter.com/gLKDGXpU64

The leaders and those with damage all came down pit road during this caution, and Berry maintained the lead coming out. But then a few laps after the race went back to green, another multi-car crash ensued. Jordan Erickson got turned from behind and several cars had nowhere to go. Earnhardt Jr. had severe damage in this wreck as well and had to go to the garage.

The race would be caution-free the rest of the way, though Todd Gilliland‘s Gander RV & Outdoors Truck Series Spotter Coleman Pressley blew an engine at about the halfway point. This didn’t bother Berry as he made no mistakes and maintained the lead en route to his dominant victory.

The next race in the series comes in two weeks on April 7, when the street stocks will head to Myrtle Beach.