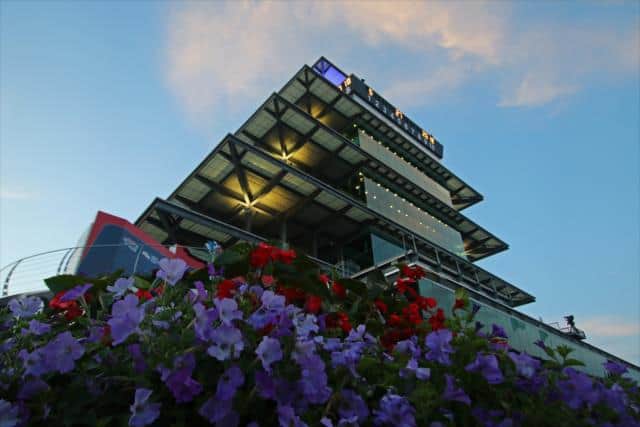 The two NTT IndyCar Series races at Indianapolis Motor Speedway have been rescheduled, series officials announced Thursday afternoon (March 26). Both the GMR Grand Prix and the Indianapolis 500 have been moved from their respective dates in May due to COVID-19.

The Indy 500 will now take place on Sunday, Aug. 23. Its start time has not yet been announced, but it will be broadcast on NBC. It had originally been scheduled for Sunday, May 24, its traditional Memorial Day weekend date.

“Memorial Day weekend has always provided Indianapolis 500 fans an opportunity to honor the men and women who have fought and sacrificed for our nation’s freedom,” Penske Entertainment Corp. President and CEO Mark Miles said.

“This August, we’ll also have a unique and powerful opportunity to honor the contributions and heroism of the doctors, nurses, first responders and National Guard members serving on the front lines of the fight against COVID-19. We’re grateful for the patience of our fans as we’ve navigated this situation, and we extend our thanks to NBC for its terrific partnership and diligent work to maximize broadcast coverage with this new schedule.”

On-track action for the Indy 500 will begin with practice sessions on Wednesday and Thursday, Aug. 12 and 13. Fast Friday will take place the following day and Indianapolis 500 qualifying will take place on Saturday, Aug. 15 and Sunday, Aug. 16, respectively.

With the schedule changes at Indianapolis, two other IndyCar races have also been rescheduled. The Honda Indy 200 at Mid-Ohio Sports Car Course is now scheduled for Aug. 9 instead of the Aug. 16. The Bommarito Automotive Group 500 at World Wide Technology Raceway at Gateway was moved to Aug. 30 instead of its original date of Aug. 22.

Additionally, the GMR Grand Prix on the Indianapolis road course will now be on Saturday, July 4, marking the first doubleheader for IndyCar and NASCAR. Immediately following the IndyCar race that Saturday, the NASCAR Xfinity Series will also race on the road course in the Pennzoil 150. Both races will be televised on NBC. The following day, the NASCAR Cup Series will hold the Brickyard 400.

“For very good reason, this historic pairing will be circled on the calendar of every motorsports fan,” Indianapolis Motor Speedway President J. Douglas Boles said. “We appreciate our friends at NASCAR for their flexibility and support in this matter and will work with them on a memorable, exciting weekend of racing action.”

Wonder what the Vegas odds are that any of the big three Memorial Day races will run as scheduled this year. I will really miss that. I suppose it will make me appreciate it all the more next year and beyond.

I was right about Indy and Monaco is already cancelled and I see little chance for any races anywhere until MAYBE August if then. We are in uncharted waters and the con man in the White House isn’t helping.

You really shouldn’t go there dude. You will definitely be a minority at this website. If you just wanted to stir shit up because you are bored, let me know. I will go a few rounds with you.

You really shouldn’t go there. You will definitely be a minority at this website. Of course, if you just wanted to stir shit up because you are bored, let me know. I will go a few rounds with you.

Don’t bother with them Bill. If the events of the last 3 years show us anything – it’s that they are pathological. TDS was pandemic long before the Covid.