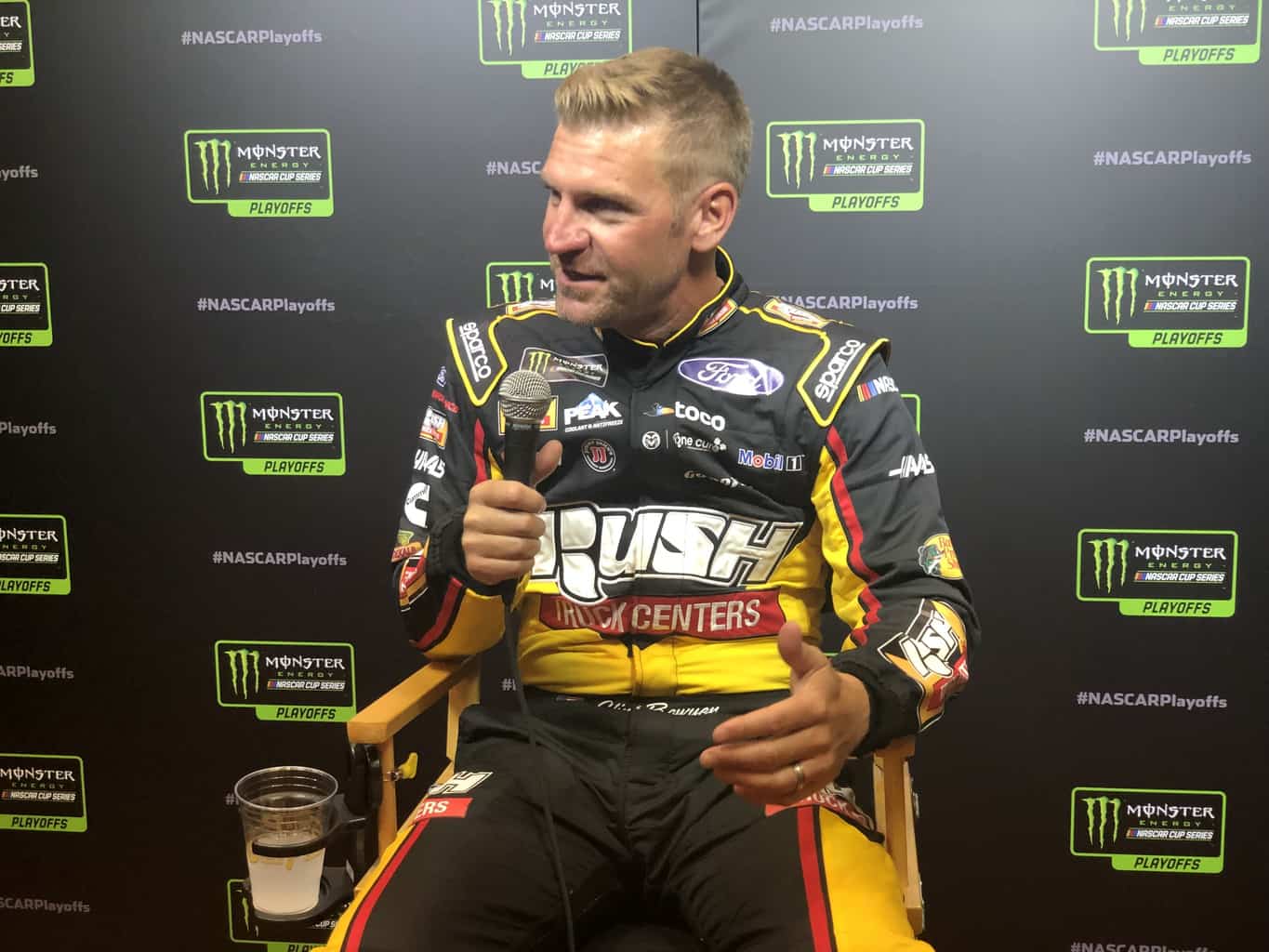 Even a few short weeks ago, no one could have imagined where the motorsports world would be at this very moment. Due to the coronavirus pandemic, NASCAR was forced to postpone all of its events until Martinsville on May 9, leaving teams and fans alike without the familiar weekly cadence of stock car racing.

Yet during these uncertain times, a sense of normalcy has been offered through an unconventional source: iRacing. Last Sunday’s inaugural race of the eNASCAR iRacing Pro Invitational Series aired on Fox Sports 1 and brought in over 900,000 viewers. Current and former competitors from NASCAR’s top three series — including Dale Earnhardt Jr., Bobby Labonte and Parker Kligerman — raced in the event. Denny Hamlin edged Earnhardt at the finish line in a thrilling finish to win the Dixie Vodka 150.

In a period when many are practicing social distancing, iRacing brought people together. That was a common theme Clint Bowyer noted throughout his recent teleconference with NASCAR media members.

“We’re all in this together,” Bowyer said. “We’re all quarantined. It’s almost as if the iRacing thing had been built and designed in the past for this very moment. I think it’s a perfect bridge to gap this situation we’re all in. It’s entertainment. Is it real? No, it’s not. It’s virtual, but it’s what we have and I’m telling you right now it provided entertainment that literally had you jumping up and down and on the edge of your seat at the end of that race.”

Not only did Bowyer compete in the simulated race, he also was FOX Sports’ in-car analyst and provided additional commentary. Toward the end of the event, Bowyer heard Jeff Gordon and Mike Joy getting excited about the on-track action. Bowyer looked up at the TV on the wall and ended up crashing.

Still, he wasn’t upset at his fate in the first Pro Invitational Series event.

“It needs to have some fun, some light-heartedness too,” Bowyer said. “I hope that you enjoyed it and I think the fans did. Obviously, the ratings showed that, but, again, just a perfect storm to bridge this gap until we get back on the race track. I think it’s a great thing for everybody.”

While Hamlin did contribute to the successful end product (thanks in part to his victory), Bowyer feels that Earnhardt was a bigger influence.

“I would say the force behind it all, and he doesn’t want any recognition, but it would be Dale Jr.,” Bowyer said. “He’s been the voice behind this the whole time. He’s the one that literally each and every night jumps on and runs around and asks people, ‘Hey, do you want to follow me and get the hang of it?’ So many different things. After a race he’s calling and asking if anybody needs any help or what they can do. I would definitely say that Dale Jr. was probably … if anybody deserves credit, it would probably be him.”

Bowyer also emphasized the talent and realism that go into iRacing. He has been especially impressed with the way the races are presented, noting that the production and camera angles are noticeably good.

Some of that is due to the fact that the eNASCAR Coca-Cola iRacing Series presents virtual NASCAR races regularly. Bowyer appreciates the talent involved in that series, so much so that it inspired him to get involved.

“You think we’re good?” Bower asked. “We’re terrible. You ought to watch some of these iRacing guys that do this each and every week. They’re literally professionals and we all have them now, whether it be our organization — Stewart-Haas, Gibbs, Hendrick — we all have our drivers who represent us. Heck, my dirt team, Bowyer Dirt, has two drivers that drive for us and compete in this series.”

This Sunday the Pro Invitational Series will be on the virtual Texas Motor Speedway and will air on FOX in select area, as well as FS1. Everyone involved in last week’s event, from the drivers to the television production crew, are eager to continue enjoying, as well as learning, racing’s new reality.

“I literally watched Jeff Gordon, Mike Joy and Larry McReynolds sit in a production meeting with iRacing, with Fox officials in a matter of an hour, maybe two hours, and write every note, ask every question they knew to ask, learned as much as they possibly could to try to make this a production,” Bowyer said. “I think they did a hell of a job. I’m not kidding. They learned about what you saw last Sunday within an hour or two and nailed it, and I think they’ll be even better this week having a race under their belts.”

I get they got to pump this garbage up, but the bottom line is you are watching somebody playing a game, whatever game it is, video…arcade…blah, blah, blah. It is not real, it is fake~ YOU are watching someone playing a virtual game. Yawn. These idiots praising this model better watch it, some number crunchers might actually put them right out of a job!!!!!!!!!!!!!! Watch what you praise! The future ain’t looking to good right now in the real world. Shut up CLINT!

No wonder Clint likes it so much. Spinning out it expected.

This iRacing thing is starting to sound more and more like a modern day retelling of “The Emperor’s New Clothes”. OPEN YOUR EYES EVERYONE,,,, HE IS NAKED THERE ARE NO CLOTHES and iRacing is a video game not people really racing. Would you be excited if people were on TV playing Pacman? Would you watch it? Then why is everyone pretending that this is something worth watching?