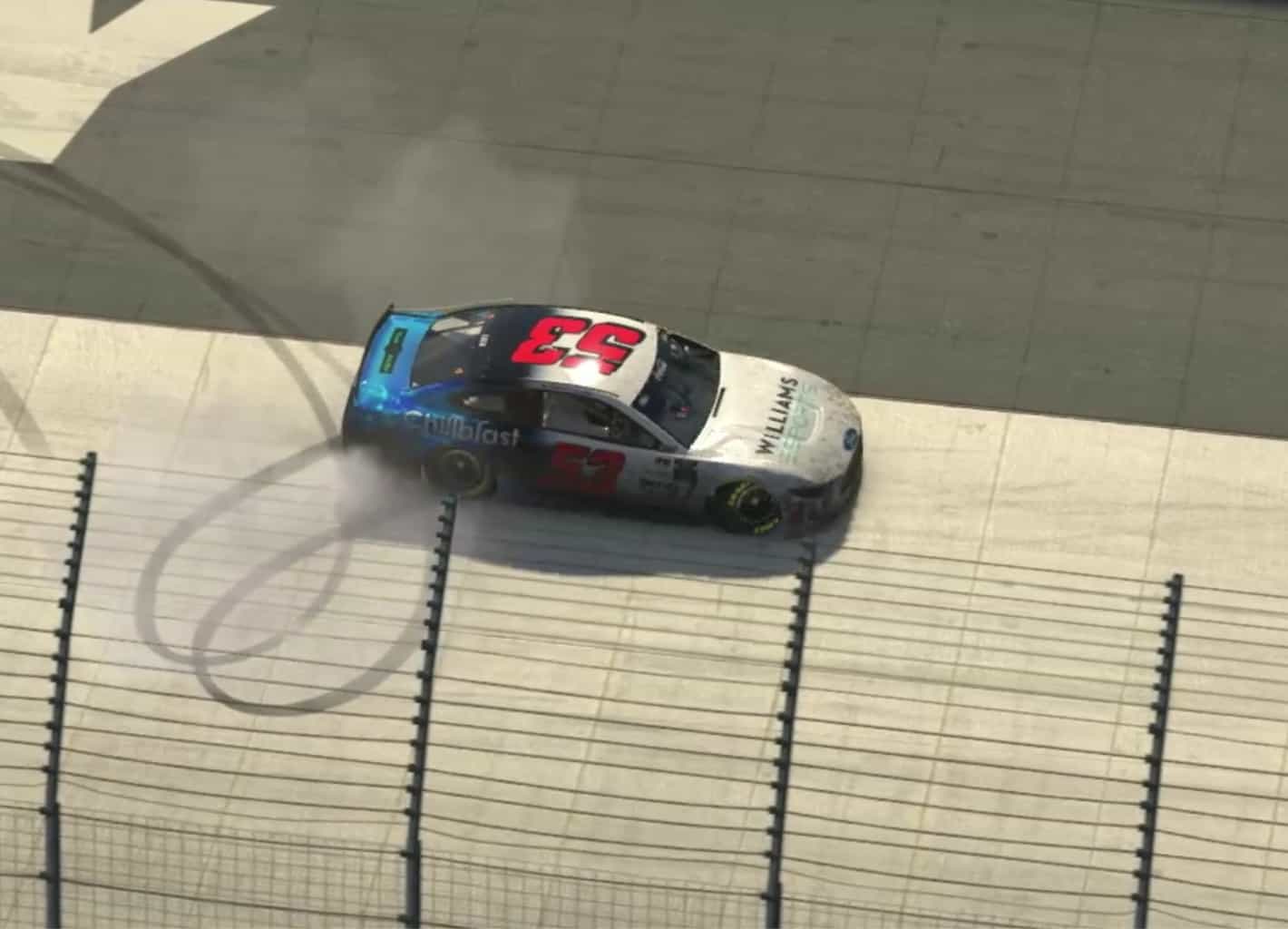 As often happens at the physical Bristol Motor Speedway, there was carnage early and late in the eNASCAR Coca-Cola iRacing Series race at the Last Great Colosseum’s virtual counterpart. In-between, there was just enough of a long green flag run for Williams eSports’ Ryan Luza to make his way to the front, and once he got there, no one could catch him.

Luza was able to hold off the Wood Brothers Gaming Ford of Garrett Lowe on restart after restart over the final 50-plus laps — including a green-white-checkered finish — to visit victory lane for the second straight race after winning two weeks ago at Homestead-Miami Speedway. Lowe was followed by Zack Novak, with pole-sitter Michael Conti and Bobby Zalenski rounding out the top five.

The early season parity trend that saw three different winners in the first three races of 2020 was no match for Luza’s long run speed. His 14th career victory ties him with Nick Ottinger for second all-time in the Coca-Cola iRacing Series

“We just had an amazing long run car,” Luza said in his post-race interview. “I had a pit stop malfunction on the first pit stop after we got to third on the first run, and I was pretty upset. But we got another long run and we came flying through the field after about 30 laps. Garrett was really, really fast as well, but I think we pretty much had the field covered on the long run, and I think that really showed.”

The longest race of the season in terms of laps (250) but the shortest in total distance (125 miles), Bristol began without incident for the first 40-plus laps. The first caution was a costly one, however, as Eric J. Smith and Malik Ray got together on lap 47, collecting other cars including the No. 16 of Chris Overland. Graham Bowlin, who started second but had passed Conti for the lead on lap 41, tried to avoid the wreck but ended up running into Overland, damaging his Toyota enough that he needed to make an extra stop to repair damage during the next caution and was never a factor after that.

Moments after taking the lead, @BowlinGraham is unable to slow in time for a wreck and suffers heavy damage: https://t.co/pKBfkg6Ln4 pic.twitter.com/mxjFa88QiQ

Several additional yellow flags shuffled the field and made Conti’s JR Motorsports teammate Brad Davies the new leader, vying at various times with Conti and Keegan Leahy. But after a caution on lap 95 for a spinning Brandon Kettelle, the race finally stayed green for an extended time, with lapped traffic the big factor toward the front of the field.

On lap 162, Conti made the wrong choice in a pack of lapped cars and got into the outside wall, but managed to steady himself and carry on in third. Five laps later, Luza, who had been the fastest car on the track for some time, took over the lead.

He's looking to go back-to-back after an impressive win last time out at the virtual @HomesteadMiami. pic.twitter.com/YiQ8NnFjZk

A caution on lap 190 for four-time series champion Ray Alfalla getting turned around — perhaps intentionally — by Christian Challiner set off a chaotic last segment of the race, with six more yellow flags waving before the conclusion.

"That's why you love Bristol."

The final one came on lap 247, setting up the first overtime attempt. That turned out to be all that was needed, as Luza scooted away from Lowe, leaving Novak to battle Conti for third.

No doubt about it! ?@RyanLuza goes back-to-back in the eNASCAR Coca-Cola @iRacing Series: https://t.co/pKBfkg6Ln4 pic.twitter.com/VvgFevuTg1

“I just needed a little bit more drive off out of the corner on the short run there,” Lowe said after starting the night deep in the field. “We had it on the on the long run, as we passed … gosh, I don’t know how many cars, probably 29, maybe 30. Just an absolute rocketship of a car.”

The eNASCAR Coca-Cola iRacing Series returns to action on April 14 at Richmond Raceway for the fifth of 16 regular season races. Coverage begins at 9:00 p.m. on eNASCAR.com and several streaming services.