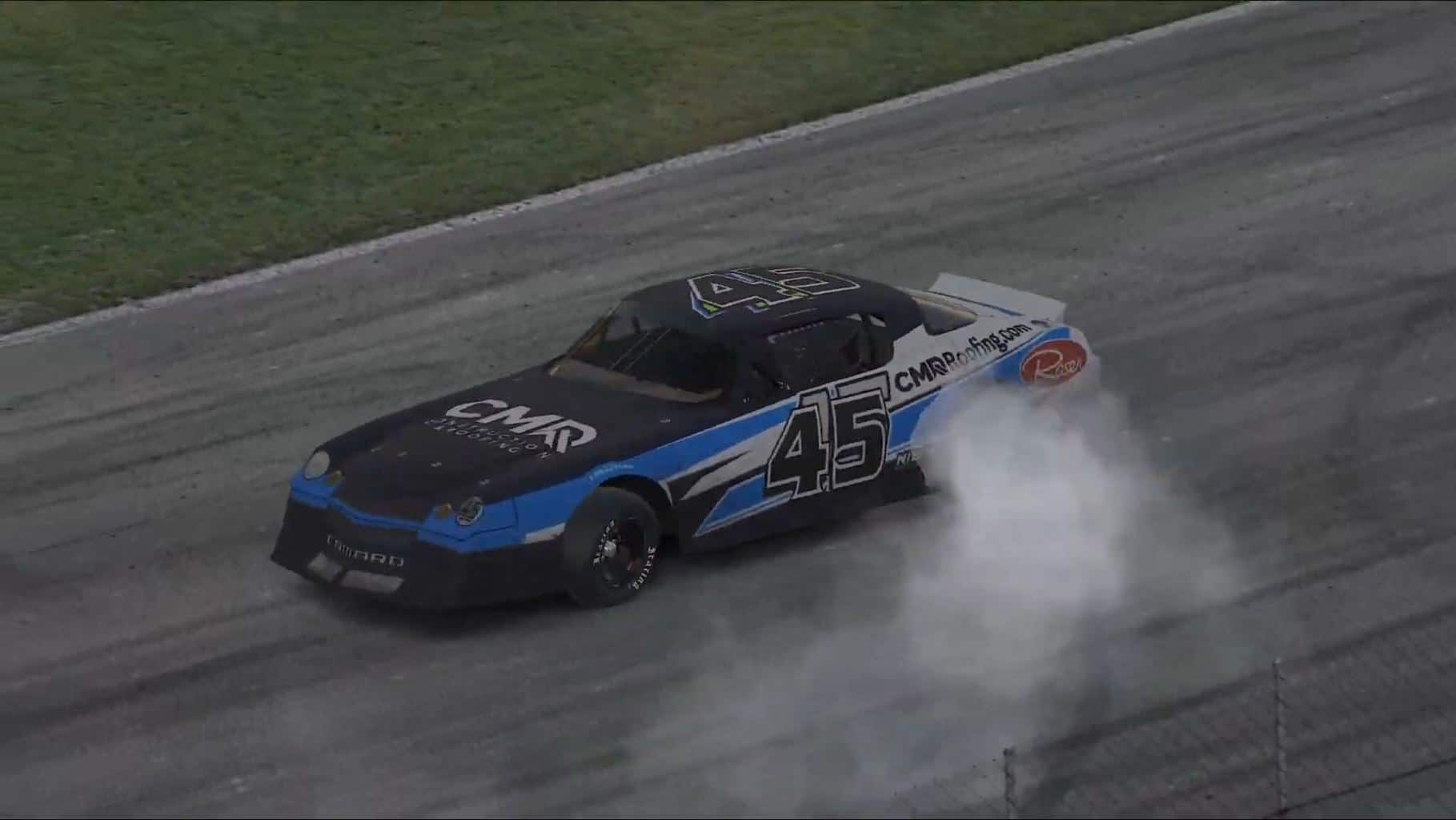 The street stocks took to the virtual Myrtle Beach Speedway Tuesday night (April 7). When all was said and done, Ty Majeski stood victorious in the second round of the LeafFilter Replacements iRacing Series.

Majeski dominated the event, snagging the lead after the first caution and holding on for 126 laps. Jordan Erickson was second and NBC Sports analyst Parker Kligerman was third. Garrett Smithley finished fourth and Drew Herring rounded out the top five.

Other notables in this event were Bobby Labonte, who came home 19th, and Kevin Harvick, making his first iRacing start since NASCAR went on hiatus and finishing 24th.

The race began with 37 cars set to begin, though Taylor Gray dropped out prior to the race due to connection issues. Christian Eckes started on the pole but quickly fell back in the pack, out of contention for the lead.

While the cars attempted to get settled early on, Regan Smith, Rodney Childers, Kyle Busch and several others were involved in a big pileup. This brought out the first caution on lap 4.

Things seemed to settle down a bit after that, though many drivers encountered engine troubles during the second half of the race. On Twitter, several competitors reported their engines blowing up after they drove over the turtles.

In fact, late in the event with about nine laps to go, AJ McCarron hit the bumps and smacked the outside wall. Soon after, the yellow flag waved when Ben Rhodes was tagged by Tyler Overstreet while racing for position. While turned around, Dale Earnhardt Jr. had nowhere to go and sent Rhodes flying.

Earnhardt had his own troubles throughout the day and ended up several laps down in 27th.

Upon the first overtime restart, Capps spun his tires. Burton turned him around and Busch also suffered some damage in the incident. The field quickly went back under caution and was set for the final overtime finish.

Erickson tried to take first away from Majeski but came up just short in the end.

The LeafFilter Replacements Series’ next event is at Talladega Superspeedway on Tuesday, April 21. Cup Series cars will be used in this race.