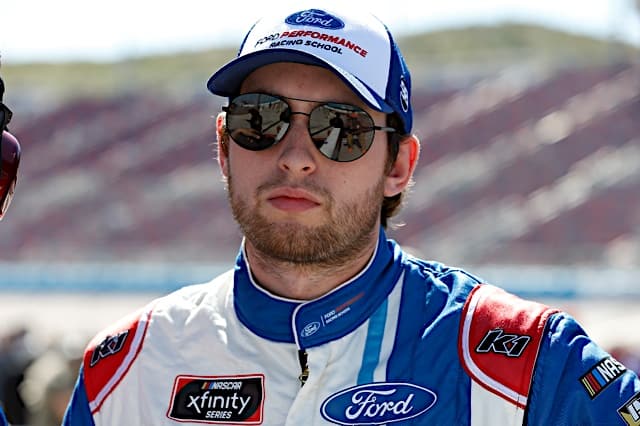 When people talk about the best drivers in NASCAR, some names immediately come to mind: Jimmie Johnson, Kyle Busch, Martin Truex Jr., Denny Hamlin, Joey Logano … the list goes on and on. But who are the drivers that aren’t the first ones people think of? Certainly, some of them are worth of a second look, and if you watch them race long enough, they’ll force you to take it. Our staff had no trouble giving these drivers due praise.

The highly talented driver from Texas has left a lasting impact in just about every stock car series he’s competed in.

Buescher’s NASCAR career began in 2011, finishing 17th in his NASCAR Xfinity Series debut at Richmond Raceway. He then scored four wins and earned a 100% lap completion rate on his way to the 2012 ARCA Menards Series championship. In 2015, he reached the top of the Xfinity Series world, capturing the championship driving Jack Roush’s iconic No. 60 Ford Mustang, scoring two wins. He also made his NASCAR Cup Series debut that year at Auto Club Speedway for Front Row Motorsports, finishing 20th. In 74 career Xfinity starts, he has 36 top-10 finishes (48.6% top-10 rate).

His rookie year in Cup started on a sour note, taking a tumble at Talladega Superspeedway in the spring. But at Pocono Raceway in the summer, Buescher would do the unthinkable, capitalizing on both pit strategy and foggy weather to win his first career Cup race in his 27th start, qualifying him for the 2016 playoffs as a result. Buescher went on to finish 16th, his highest points finish to date.

Between 2017-19, he spent time driving a Chevrolet at JTG Daugherty Racing, where there wasn’t really much to remember, finishing no higher than 20th in the championship standings. For 2020, he jumped ship back over to Roush Fenway Racing and immediately showed promise with his stellar third-place result in the Daytona 500. Succeeding finishes of 14th, 16th and 17th currently leave Buescher 14th in the standings.

When the 2020 season resumes again, the 27-year-old Buescher may play the role of the dark horse to advance himself into the playoffs. He has put himself in prime positions to win races before and has plenty of time to make it happen again. With his past records and current potential, this makes Buescher one of the most underrated drivers currently in NASCAR. –Jesse Johnston

Briscoe’s improvement in stock car racing and versatility across many motorsport genres show why he is underrated. The No. 98 Xfinity Series driver for Stewart-Haas Racing won the rain-delayed event at Las Vegas Motor Speedway earlier this year. It wasn’t just a fluke win either. He led 89 out of 200 laps, beating out second-place finisher Austin Cindric by nearly three seconds.

Briscoe also won at Iowa Speedway in 2018 and the Charlotte Motor Speedway ROVAL in 2017. Additionally, he snagged the victory at Homestead-Miami Speedway and Eldora Speedway in the NASCAR Gander RV & Outdoors Truck Series. All these tracks are very different in size, shape and racing surface.

In 2019, Briscoe displayed his consistently good performance and notched top 10s in all but seven Xfinity Series races … as a rookie.

Even in his younger years, Briscoe competed in diverse fields. He started racing quarter midgets and later graduated to 410 sprint cars. In fact, he became the youngest driver to win in a 410 sprint car, beating NASCAR Hall of Famer Jeff Gordon’s record.

Briscoe’s ability to adapt to different race genres and surfaces makes him one of the most underrated drivers in NASCAR. –Joy Tomlinson

Majeski is regaining his footing as a talented young driver in NASCAR. He is competing in his rookie year in the Truck Series, driving the No. 45 Niece Motorsports Chevrolet.

Majeski is one of the best late model drivers. He is also one of the most accomplished iRacing drivers, as Michael Waltrip is quick to note. He is the No. 1-rated driver on iRacing.

Majeski had a disastrous 2018 Xfinity part-time season, with an average finish of 24.7. However, his Roush Fenway Racing team was a nightmare and shut down after that season.

Last year, Majeski redeemed himself with three wins, six top fives and six top-10 finishes in only six ARCA starts. This year did not begin kindly to Majeski. He ended the Truck Series season opener at Daytona International Speedway upside down. Still, he will improve as a driver. Majeski is one of the most underrated drivers in NASCAR. —Mark Kristl

Moffitt’s NASCAR career began in 2012, making a one-off Xfinity Series start at Iowa and finishing ninth. He then made a number of starts in the Cup and Truck divisions over the next several years, securing his first full-time ride in 2018. The closest Moffitt had previously come to a full year was when he made 31 starts between Michael Waltrip Racing and Front Row Motorsports in 2015, winning Rookie of the Year in the Cup Series. He then had six Truck Series starts in 2016, where he scored four top-10 finishes and an out-of-nowhere victory at Michigan International Speedway for Red Horse Racing.

Hattori Racing was the benefactor of Moffitt’s talents after signing him to drive the full Truck Series schedule in 2018. A crash at Daytona marked an inauspicious start to the year, but the Iowa native took advantage of chaos the following week at Atlanta Motor Speedway to win and lock himself into the playoffs. What followed was a dream season for anyone in their first full year: five additional wins, including back-to-back victories to close out the season at Phoenix Raceway and Homestead-Miami Speedway, as well as a championship title. That DNF at Daytona was the only time he failed to finish a race that year.

While Moffitt switched teams that offseason, his first year at GMS Racing went very similarly to his previous season. While Moffitt finished third in the standings, he scored four wins (two of them at the same tracks as the year before) and only failed to finish two races.

While it took Moffitt a while to find his place in NASCAR, his two full-time Truck seasons display just how underrated he is. And while his 2020 began with two finishes outside the top 10, look for his No. 23 to visit victory lane quite a few times when racing gets back underway. –Adam Cheek

In both 2018 and 2019, Reddick was a bit of an afterthought in the Xfinity Series. Sure, he was talented and had good equipment from JR Motorsports and Richard Childress Racing, but the drivers generating the buzz were Cole Custer and Christopher Bell. Reddick didn’t seem to care much about buzz though, as he won back-to-back series titles.

Reddick wasn’t the winningest driver in the Xfinity Series in 2018 or 2019. What he was was the smartest and most opportunistic. Reddick didn’t lead as many laps either, but he led laps when it mattered most: Homestead. Reddick’s average finish over 33 races last year was an eye-popping 6.3, two positions better than the next driver on the list, Briscoe.

As Reddick, Bell and Custer all headed to the Cup Series this year, the rookie battle talk centered on Bell and Custer. That’s not unfair, both have elite equipment while Reddick’s cars are solidly mid-tier. But his driving has been much more impressive than his numbers show. He’s hanging with Custer in the rookie battle despite lacking the speed Custer has, and he’s well ahead of Bell through four races.

This is the driver who could help bring Childress back into the conversation as a top team. –Amy Henderson