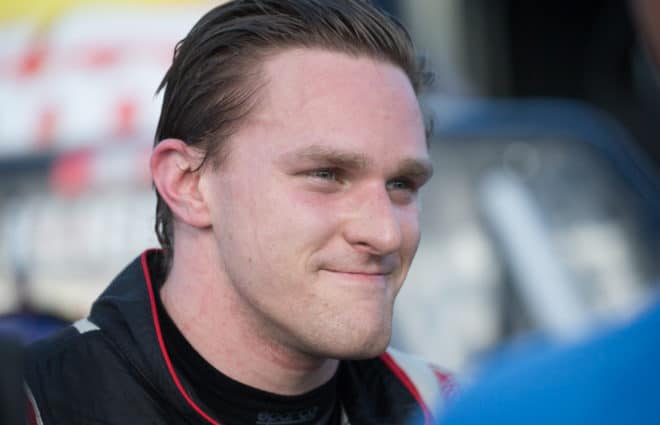 It’s time for Talladega Superspeedway racing, baby! Fantasy NASCAR iRacing heads to the virtual Alabama track for the Geico 70 on Sunday, April 26 at 1 p.m. ET. It’s the latest race in the eNASCAR Pro Invitational Series, featuring NASCAR Cup Series regulars and a few blasts from the past as real-life racing continues to be sidelined due to COVID-19.

Choosing the right drivers may prove to be a difficult task at Talladega, since accidents can happen in an instant (real or virtual). But you can still make an educated guess based on iRacing statistics and track history.

To spice up the competition of this weekend’s exhibition, NASCAR made a slight change to the lineup this week: William Byron, Timmy Hill and Parker Kligerman will start the race at the rear. It’s currently unclear whether they will be allowed to make a qualifying lap for pit stall selection, but if they don’t, this trio become even greater DraftKings favorites. The top 10 qualifiers will also be inverted in the starting lineup for Sunday’s race.

FanDuel is offering some daily fantasy contests on their site, including tournaments and some cash games. Drivers will earn points based on their finishing position as well as bonus points for laps led (0.25), fastest laps (o.40) and laps completed (o.10). Those outside Arizona, Hawaii, Idaho, Louisiana, Montana, Nevada and Washington may deposit and enter paid contests on FanDuel.

DraftKings also has tournament and cash contests open for Sunday’s race. The biggest difference between DraftKings and FanDuel scoring is that DraftKings adds or subtracts a point for each position gained or lost on the track. Unfortunately, qualifying is expected to start right before the race, so it may be difficult to adjust your lineups in time. DraftKings acknowledges this issue and says it may adjust the start time of its contests until after the starting lineup is known. The current start time of this Talladega race is 1:10 p.m. ET, so keep the quick turnaround in mind should you plan to make any changes.

Not feeling those two? The following sites and apps are also free to play

The NASCAR Finish Line app is on iOS and Android devices for those 21 and over. In this game, you can choose the top-finishing driver from four options. After picking six drivers (one from each group), you will then predict who will place first and second in Sunday’s race. According to the app, the top 100 fans win a guaranteed prize while those who earn 500 points win or split the $5,000 jackpot.

Similarly, the FOX Bet Super 6 app is free to play and awards a $5,000 jackpot to those who get all six correct. If no one gets all six right, then $1,000 will be split among users with the next highest correct picks. This week, the app has Byron, Hill, Ryan Preece, Hamlin, Kyle Busch and Earnhardt. You can choose where you think each driver will end the race by sliding the bar under “Finish Place” to the range you want. Positions one-30 are separated in increments of five, while 31-40 is the final range.

Finally, if IndyCar iRacing is more your thing, go to fantasy.indycar.com to compete in INDYCAR’s iRacing Fantasy Challenge. The Series heads to virtual Circuit of the Americas Saturday. You choose a team of four drivers that will total no more than $100. Drivers earn points for finishing position and bonus points for winning the pole, leading a lap, leading the most laps and those on the podium. There will be 10 winners each round, so make your picks at least 15 minutes before each event. See the website rules link for further details.

Now, here are a few eNASCAR Pro Invitational Series drivers to watch out for when making your props this weekend.

Earnhardt is one of the top favorites in the field at +800, and for good reason. He’s won at Talladega six times, most recently in 2015. One of NASCAR’s most popular drivers also owns 12 top fives and 17 top 10s at the real track. Earnhardt definitely has the drafting skills needed to stay near the front of the pack and away from trouble.

Additionally, Earnhardt is well-versed in iRacing, posting 194 career wins and 334 career top fives on the service. He almost won the first Pro Invitational Series race at Homestead-Miami Speedway before Denny Hamlin passed him on the last turn. Then, last week at Richmond Raceway, Earnhardt finished in eighth place with only four incident points. And how about this bit of luck in the LeafFilter Replacements event?

Earnhardt will probably need something like that to happen again Sunday on a track where the Big One can strike at any time. But his track history here makes him a favorite to win.

Hamlin is also skilled in sim racing, though he doesn’t have quite as many wins or starts as Earnhardt. As previously mentioned, Hamlin took the victory at the inaugural Pro Invitational Series race last month. After a rough day at Texas Motor Speedway, he bounced back at Bristol Motor Speedway to finish fourth. Hamlin then followed that up with another top 10 at Richmond, a sixth-place result to maintain his quality iRacing performance.

In his real-life career, the No. 11 Joe Gibbs Racing driver is also a very good drafter at both Daytona International Speedway and Talladega. Not only did he win back-to-back Daytona 500s, but the Virginian also won at Talladega in 2014. Furthermore, in the past 10 Talladega events, Hamlin has earned three top fives and five top 10s, including a third last year. Look for him to take those real-life talents to the virtual world this week.

Noticing a trend here? That’s right, here we have another experienced iRacer. While Kligerman doesn’t have the kind of stats on par with Earnhardt, he does have 57 wins and 189 top fives on the program. Little by little, Kligerman has improved his end position each week, finishing seventh at Bristol and third at Richmond.

“But Talladega is nothing like those other tracks,” you may think. While that’s true, Kligerman still has some talent on superspeedways. He finished second in the LeafFilter Replacements race at virtual Talladega last Tuesday.

On the real racetrack, in last year’s fall ‘Dega event, Kligerman ended the day in 15th place with Gaunt Brothers Racing. Additionally, he’s won twice in the Gander RV & Outdoors Truck Series (2012 & 2017). Kligerman knows how to move in a draft and, as long as those virtual fenders stay clean, he should once again be a front-runner.

Logano is here solely for his real-life statistics at Talladega. He’s won here three times, all within the past 10 races, racking up six top fives in that same period. The No. 22 Team Penske pilot is more aggressive on these types of tracks, which does make him risky. However, often that aggression puts him at or near the front; those bonus points are exactly what you need for daily fantasy.

Thus far in the Cup Series, Logano won two 2020 events before the coronavirus pandemic put the regular season on hold. Though that success hasn’t translated into sim racing, he should still be a key factor on Sunday.

Almirola is also here because of real-track history (since he’s making his Pro Invitational Series debut this week). Something kicked in for the Stewart-Haas Racing driver in 2016, as he has yet to finish outside the top 10 at Talladega since. The stats include three top fives and a victory in 2018, catapulting him into the Round of 8.

Often what happens in pack racing is competitors of like models will join together in a line. That might happen again this week, even in the virtual world. If it does? Almirola could be one of the front runners. All four SHR drivers are entered into Sunday’s event and as long as they steer clear of wrecks, they should have a good outcome.

Previous Stock Car Scoop: NASCAR back at race shops, Scheduling changes and iRacing at Talladega
Next Corey LaJoie, Plan B Sales Team Up for Kansas Speedway