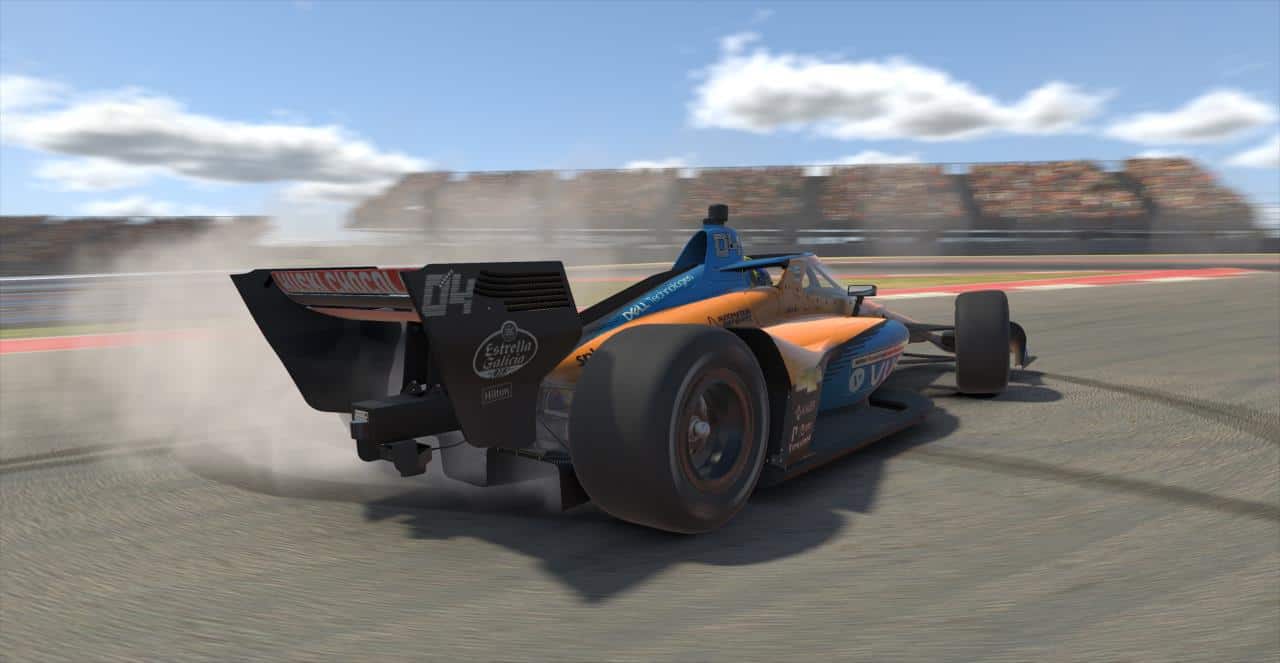 Norris, in his series debut, began the race on the pole and led several laps before pit strategy affected the lineup. The Arrow McLaren SP driver made his first pit stop on lap 11, just before the first competition caution. However, Norris came back out behind Scott Dixon, causing Will Power to inherit the lead.

Things got a bit dicey for Norris around lap 15 when he got loose and spun around on cold tires.

On the alternate strategy and on the hunt, @LandoNorris spins on to the front straight. #INDYCAR // #INDYCARChallenge // @COTA // @iRacing pic.twitter.com/9Mm3hVE6iS

Norris was still able to regain his focus and continue on in the race. He then took advantage of others’ miscues when they spun or made a pit stop, moving steadily back through the field.

Power, after a spin, eventually ceded the lead to Felix Rosenqvist as the race wore on. But Rosenqvist, while leading late in the race, hit a curb and turned around right in front of Norris.

That was all Norris needed to squeeze by and capture his first INDYCAR iRacing Challenge victory.

”It was a tough race, especially with Pato closing down with the new tires at the end,” Norris told the NBC broadcast after the race. “I didn’t think I was going to get back to the lead.”

He also mentioned Power’s spin in the esses portion of the track was the “key to allow me to get back to P1.” Power’s incident, just past the race’s halfway point, cost him the lead and a chance to win.

After his pit stop @12WillPower spins! @PatricioOWard has taken the lead! pic.twitter.com/MmPxuJhlIe

Power ended up with a disappointing sixth-place finish, part of a short list of drivers who had victory in hand before losing control on the slippery virtual road course.

Aside from the competition caution, there were no yellow-flag stoppages for incidents. However, a few drivers did get turned around right after the race started, including Oliver Askew and Robert Wickens. Both men were able to continue on, though.

The final race of the INDYCAR iRacing Challenge will be at virtual Indianapolis Motor Speedway on Saturday, May 2.