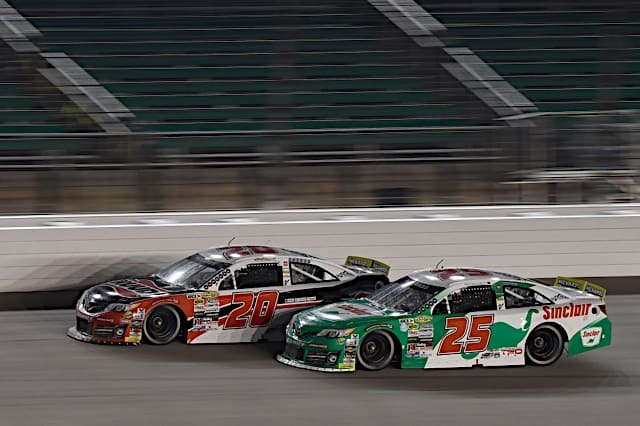 The ARCA Menards Series is not unique to the COVID-19 pandemic; it has affected all levels of racing. Several NASCAR Xfinity Series teams are coping with it in various ways, per Dustin Albino’s recent Eyes on Xfinity columns. In the NASCAR Gander & RV Outdoors Truck Series, ThorSport Racing has not laid off any of its staff. But the multi-truck operation is hoping racing will resume quickly, and safely, in order for them to remain in operation.

ARCA is also figuring out its future with a long list of races on the schedule postponed. However, championship-winning team Venturini Motorsports has weathered the pandemic without any layoffs. In fact, one of the division’s longest-running teams remains in top-tier condition once authorities allow racing to resume.

“Everyone is still being paid. I am not sure how long it will last but hopefully, we will be racing soon,” team co-owner Billy Venturini told Frontstretch. “I am optimistic we will be racing in May and June without fans. Everyone wants to return to work in May.”

The last race for any level of ARCA was the second race for the main series at Phoenix Raceway on March 6. For Venturini Motorsports, the next slated event in which the team will compete is a race at Charlotte Motor Speedway on May 22. Two and a half months off would be an ample amount of time of preparation.

But there was a problem. North Carolina, where the team has its race shop, had a stay-at-home order put in place until the end of April. No one could work there until Governor Roy Cooper deemed race shops essential personnel as he began easing restrictions this week.

Fortunately, the team had a plan for the shutdown.

“We got ahead before the stay-at-home order was issued,” Venturini said, “Our guys worked hard because we know there will be a lack of downtime once the season resumes. We will be better prepared to deal with the tighter schedule and we will run better [once racing resumes].”

Despite no live competition, Venturini Motorsports wants to stay connected to its fans, offering them something during this unprecedented time.

“We have kept our social media accounts relevant with the drivers and some of us, myself included, showing some of our personal lives,” Venturini said.  “We are trying to do some versatile stuff to give everyone a break from this pandemic.”

As such, Venturini referred to Self’s prowess on social media.

“Self is a grown man [29 years old] but he is better with social media than the rest of our drivers,” the owner continued. “His wife is social media savvy and smart. So, he has learned how to connect with fans on social media. As the oldest driver on our team, he has more life experiences to relate to people.”

“That is not an insult to the rest of our drivers,” Venturini continued, “They are promising drivers but they are just kids. Although [Chandler] Smith is experienced in ARCA racing, he is not too much into social media. He is just a normal, good 17-year-old kid.”

Smith is slowly embracing his off-track role, though. He recently hosted a Q & A session on the team Twitter account.

But it’s Self who remains the team’s main hope for a title. He was the runner-up in the ARCA championship standings last season and is currently the points leader after two races in 2020. An eight-time winner in the ARCA Menards Series, Self is a key reason Venturini believes the team will immediately launch back into contention when the season resumes.

“He will be ready no matter what the situation is,” Venturini explained. “[Self] is a huge asset to our team. I call him the measuring stick for our team. Every race, he gives us good insight into the cars. He is a great teacher and teammate to our young drivers – Christian Eckes, Chandler, Ryan, etc. He truly is a member of our Venturini Motorsports family.”

With no live racing during this pandemic, Self has stayed busy at home. He, too, has turned some laps in iRacing like many NASCAR competitors in higher divisions. Despite being a veteran driver, though, he may need some practice before venturing into competition.

It’s been about 2.5 years since I last got on @iRacing, but all the action on here inspired me to piece the ol’ setup back together.

Got a few hours of updates then I’ll be ready to rip some virtual @SinclairOilCorp rides!

As for Smith, although he is ineligible to compete full-time due to age, the teenager has already achieved success in ARCA. He has eight wins, 15 top fives and 20 top-10 finishes in 21 career starts. Smith arguably is a rising prospect in NASCAR and will compete part-time in the Truck Series this season with Kyle Busch Motorsports. The camaraderie he has with Venturini Motorsports is vital.

“We are a tighter-knit group than any other team in the garage,” Venturini said. “We do not interact with other teams. When we arrive at the track, we have an us vs. them mentality.”

Of course, in order for the drivers to perform well, they must have fast Toyotas. Do they contribute to pre-race setups, though?

“I’m not sure my drivers know how to spell setup,” Venturini said, laughing. “I kid, they are good at their task – driving. But as far as race setups, they have zero input. Those are done by the crew chiefs, and we have a good group.”

Unfortunately, with the stay-at-home order and no revised schedule announced yet, teams are somewhat stuck in limbo. ARCA plans on running all its races, communications director Charles Krall confirmed to Frontstretch. Regardless of when the season resumes, Venturini Motorsports will be prepared to go racing.

“There are contingency plans to resume as late as July,” Venturini informed us. “We are familiar with those plans. We will travel and run a few races each week if necessary, no matter the travel.”

Furthermore, Venturini reiterated it is crucial all races are completed this season.

“We have sold sponsorship money for those races,” he said. “So too have the tracks, TV networks, etc. If there is not money from those races, it will devastate the finances of the series. Nobody will survive – there will not be an ARCA series. So, we have to run them all, even if it means a midweek race or something else [such as a doubleheader]. Ron Drager and the ARCA officials know the consequences of not running all the races this season. They have been communicating with NASCAR officials and they are committed to running all the races.”

Whenever the season resumes, Venturini Motorsports drivers should be running near the front. The organization won 14 of 20 ARCA races last season, the drivers’ championship and the owners’ championship. This season, the team has won both ARCA races – Self won at Daytona International Speedway and Smith won at Phoenix Raceway.

Once ARCA returns, there’s one prize for all Venturini Motorsports winners that won’t be a victim of social distancing: a winning kiss from team co-owner Bill Venturini. The man affectionately known as Big Bill is “2 for 2 with kisses this season,” Billy bragged about his dad, recovering from stage 3 cancer.

“When we get back to the track, we hope he will be well enough to go, too, and keep it rolling!”

I thought all teenagers were social media savvy. But then with no texting while driving, these teenager drivers can’t learn that and work at becoming better race car drivers. So, answered my own question.