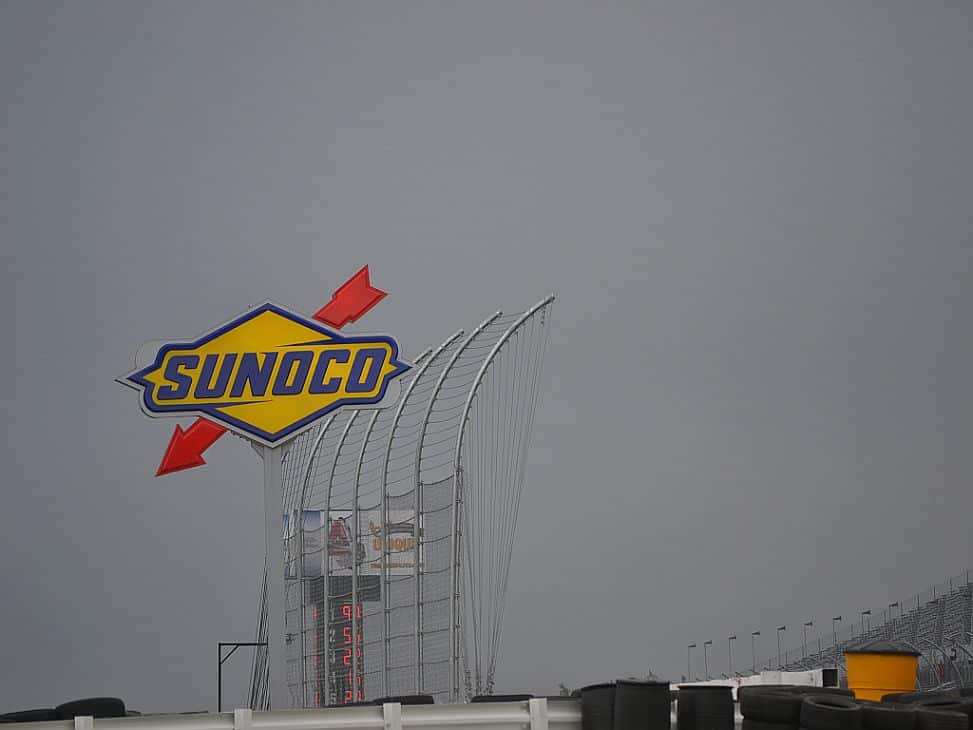 Seven weeks after NASCAR’s last live weekend of competition at Phoenix Raceway, uncertainty is still the order of the day.  The ongoing COVID-19 pandemic has pushed the sport into the virtual realm, with iRacing hosting weekly events for Cup Series drivers.  Meanwhile, the sanctioning body continues to make plans behind the scenes about returning to physical races.  It is possible that NASCAR could begin holding races without fans sometime within the next month.  However, there is not yet a consensus about what must be done to keep at-track personnel safe if these races happen.  The details, including which tracks will host races and what the race formats will be, remain up for debate.

Trying to restart the sport will be a daunting task, but NASCAR is not in completely unfamiliar territory.  Certainly, there has never been a pandemic of this scale that interrupted professional stock car racing in the United States.  But in 1974, global events far beyond the world of motorsports threatened NASCAR’s ability to hold a normal racing season.  With America’s supply of gasoline restricted by an international boycott, the sport faced very real questions about how stock car racing should function, if at all, during an energy crisis.

The crisis began in October 1973 with a decision by the Organization of Petroleum Exporting Countries (OPEC).  In retaliation for supporting Israel during the Yom Kippur War, OPEC instituted an oil embargo on the United States and several other allies of Israel.  The shortages of oil and gasoline quickly became a big problem for the US.  Orders from the federal government closed all gas stations on Sundays and Americans were advised to conserve as much energy as possible.  For a nation that needed to save its oil supply for necessities, fuel consumption used in motorsports was obviously a serious issue.

Aside from the energy crisis, NASCAR faced its own set of challenges as the 1974 season was set to begin. The biggest were the rising costs required to compete in the Cup Series and the widening gulf between the top teams and independent racers.  Compared to the 1960s, direct support for NASCAR from the auto manufacturers was almost non-existent.  Winston’s corporate sponsorship of the Cup Series had begun in 1971, but most of the individual teams did not have major sponsorship deals.  NASCAR was also rolling out a new points system that was designed to award points based on money won throughout the season.  On paper, that sounded simple enough, but the formula used to calculate the actual points earned each week was anything but simple.  With or without an energy crisis, professional stock car racing was in a tenuous position.

In order to make a case for racing to go forward in 1974, NASCAR banded together with a few other sanctioning bodies to negotiate with the Federal Energy Office (FEO), a regulatory agency created in response to the crisis.  The leader of the racing advocacy group was Big Bill France, the man who had spearheaded NASCAR’s founding a generation earlier.  France had turned the leadership of NASCAR over to his son, Bill Jr., in 1972, but the need for an experienced racing promoter to meet with the FEO brought Big Bill out of retirement.

Knowing that a federal shutdown of auto racing was a real possibility, France and his associates laid out a plan for motorsports to continue while adhering to energy conservation guidelines.  For NASCAR, the plan involved cutting the lengths of all Cup Series races by 10 percent.  NASCAR would also reduce practice time and set limits on the amount of fuel each team could use.  At the conclusion of Speedweeks in Daytona, France reported that NASCAR had exceeded the energy savings goals that the FEO requested.

For the rest of the season, NASCAR followed the same basic plan of shortening races by 10 percent and limiting fuel consumption.  All 30 Cup Series races went off as scheduled and Richard Petty won his fifth series title at the end of the season.  Given that auto racing had been in a vulnerable position, running the full season during the energy crisis was a remarkable accomplishment for NASCAR.  Even though the oil embargo had roots far beyond NASCAR’s control, the sanctioning body demonstrated great flexibility and willingness to cooperate with federal officials.  The sport also showed resiliency and proved that even in a difficult situation that took months to fully resolve, the show would go on.  Considering that endurance races like the 24 Hours of Daytona and the 12 Hours of Sebring were completely canceled, 10 percent of each race was a small price to pay.

In time, NASCAR would find other solutions to the problems that plagued the 1974 season.  Teams would re-establish strong relationships with auto manufacturers.  Regular broadcasts of races on network and cable TV increased the incentive for new sponsors to join the sport.  New teams and drivers helped to lift car counts.  NASCAR even found a new points system in 1975 that functioned more logically than the previous versions.  The sport would use the same basic points structure for the next 35 years.

Now, in the midst of another national crisis, the problems that NASCAR faced in 1974 seem uncomfortably familiar.  Once again, race fans are left wondering what the state of motorsports will be this year.  Will racing be allowed to resume in 2020?  If so, how many races will be held, at which tracks, and at what distances?  In an era of declining attendance, decreased sponsor interest and financially-strapped teams, a long-term stoppage of motorsports could have serious implications for professional stock car racing.

But NASCAR proved its resiliency once, and it can do so again.  A return to racing would require a huge schedule shakeup, but that’s not necessarily a bad thing for the sport.  This season could wind up being the perfect opportunity to experiment with shorter races and mid-week events.  Perhaps a need for flexibility in scheduling will finally be the bullet that kills the playoffs.  Things are going to rough for everyone in the short term, but NASCAR may find a few silver linings behind the storm clouds.  Just like in 1974, the sport will get through this crisis.  Whenever it does, brighter days may be on the horizon.