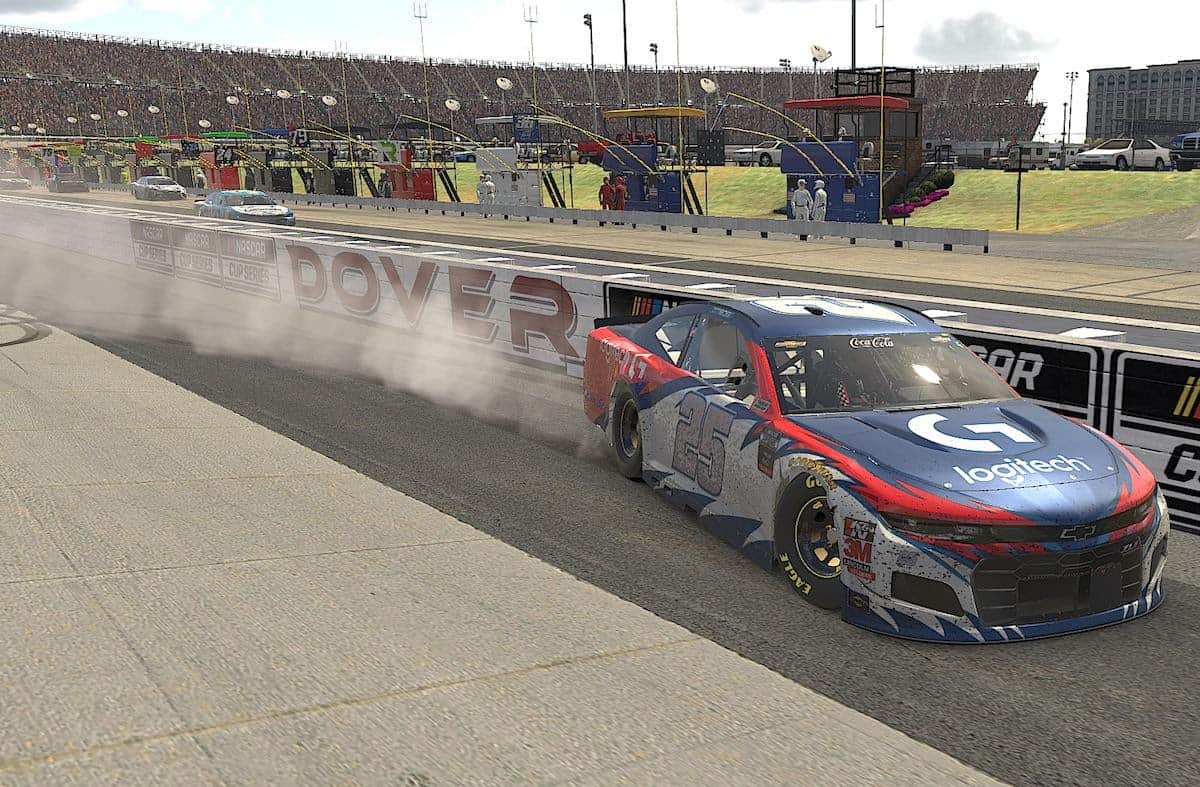 Ryan Luza, who had won the past three series events, was comfortably in the lead for much of the race until lap 80, when he tagged the wall on his own. The damage allowed Ottinger to pass Luza for first place.

Then, after the second round of green-flag pit stops and a caution, a race leader got in trouble again. Ottinger and Garrett Lowe were battling up front when Lowe also struck the outside wall with about 50 laps to go. Ottinger retained the lead the rest of the way en route to his second win at Dover.

”It feels awesome,” Ottinger told the broadcast after the race. “That was honestly a workout, just managing your stuff. Garrett [Lowe] gave me a run for my money; I really want to go back and look at it, I think I left [him] enough room to race me. We both weren’t lifting in that situation so whoever got out front was gonna probably win the race.

”It just feels good to get back in victory lane, especially at a track like Dover where you have to be so precise and really aggressive. It’s really hard to be patient at this track as well. We bided our time to just kind of manage our gap. Our spotter just kept reading lap times to me.

”What a car. I love coming to Dover, we’ve always had good cars when we come here (top five, top 10). Our hard work paid off tonight.”

Brad Davies ended up in second behind Ottinger. Dylan Duval was third and Luza rebounded to fourth place. Keegan Leahy was the biggest mover of the night, gaining 24 positions from where he qualified to round out the top five.

The race began with an opening lap caution; Chris Shearburn got spun around on the outside while Brian Schoenburg got tagged and spun in the grass.

Aside from this early incident, the event ran relatively clean, resulting in a long green-flag run.

Eventually, Dover’s tricky pit road became a tougher challenge than on-track contact. Late in the race, during the second round of pit stops, Nick Novak hit the barrels next to pit road entrance. He got a bit loose and couldn’t save it, spinning around on pit lane.

Last year's champion gets into the pit road barrels! ?

Pit entry at the @MonsterMile claims another victim — this time in the form of @znovak15's machine!

Soon after, the second caution of the day would come on lap 142 when John Gorlinsky, Ottinger’s teammate, got tagged by Jeremy Mullis while three-wide. Alex McCollum also spun trying to avoid the oncoming trouble.

Ottinger was not to be denied, however; he broke Luza’s 2020 win streak and claimed the small replica Miles the Monster trophy.

Next up for the eNASCAR Coca-Cola iRacing Series is Charlotte Motor Speedway on May 12. Coverage will begin at 9 p.m. ET on eNASCAR.com/live and other streaming platforms.