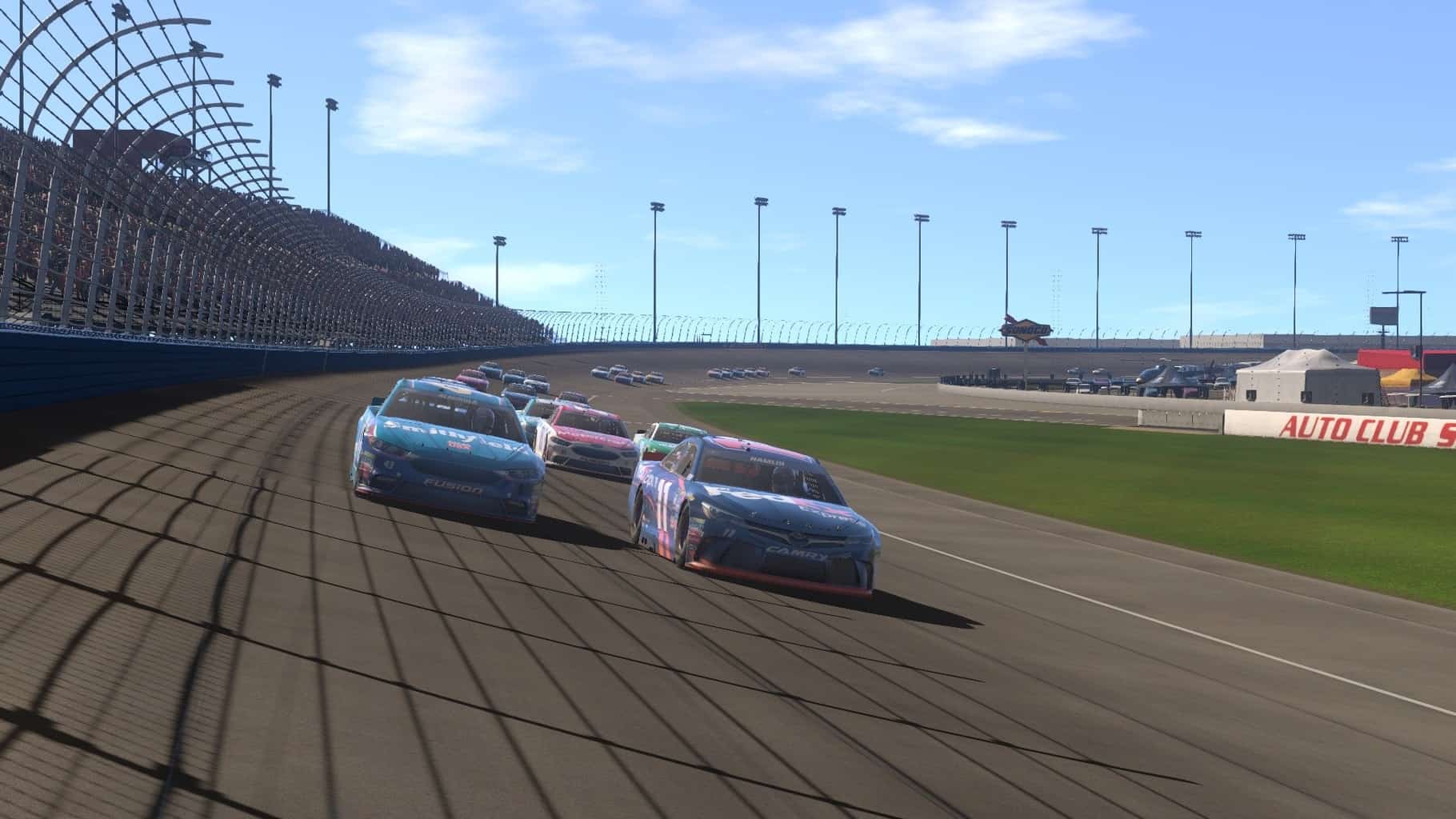 The eNASCAR Heat Pro League went to the virtual Watkins Glen International, and the action did not disappoint. Competitors used the NASCAR Gander RV & Outdoors Truck Series vehicles, and by the day’s end, Chip Ganassi Gaming’s Maxwell Castro and Germain Gaming’s Daniel Buttafuoco claimed the victories in their PlayStation 4 and Xbox divisions.

The first race was full of battles throughout the 24-lap event, especially for the lead. Maxwell Castro contended with Nick Jobes, Joey Stone and Kyle Arnold all throughout the race. Pole winner Brandyn Gritton went off track, which allowed Jobes and Castro to shoot to the front. Arnold and Stone also were in the mix for the lead.

When Jobes went off track with 15 laps to go, Arnold, Stone and Castro took advantage of his mishap and fought for the position.

However, Stone used a different pit strategy than the rest of the leaders. He stayed out one more lap than the leaders, hoping to get back to the front late. The plan didn’t work to his liking, and with six laps to go Arnold retook first place. Castro was closing in, and on the last lap, he passed Arnold for the lead. Arnold wasn’t done, though, and on the final turn he collected Castro into the wall, reminiscent of John Hunter Nemechek and Cole Custer‘s 2016 battle at Canadian Tire Motorsports Park.

They crash out of the final turn!!

Rookie Maxwell Castro survives the melee to score the first ever win for @CGRgaming ?: https://t.co/pKBfkg6Ln4 pic.twitter.com/BMgryhBxWR

Castro somehow surged through the melee to win his first Heat Pro League race. Stone finished second, Cody Giles was third, Arnold dropped down to fourth and Jobes rounded out the top five.

“Oh man, it was insane,” Castro said after the race. “The GearWrench Chevrolet was really fast, I just knew I had to stay ahead of him [Arnold]. I knew he was going to take a shot at me in the last turn because it’s for the win, it’s a Pro League win. This is huge! He did take a shot at me in the last turn and it gave my truck damage. As I got off the turn, I was spinning sideways and it caught left, and next thing I know we were side-by-side into the wall. It ruined Red’s race; that’s not how we race here and I feel really bad about that.

“The truck was just excellent today, it was absolutely amazing. We put on a heck of a show, that was amazing.”

He added he has “the utmost respect for Kyle Arnold and Joey Stone,” referring to their on-track incidents.

The win put Castro in a tie with Jobes atop the point standings.

This race was much quieter at the front of the field as Buttafuoco put on a dominant performance, only giving up the lead during pit stops.

“I’m just super thankful of this opportunity from Germain Gaming and Germain Racing,” Buttafuoco said after the race. “Stuff like this doesn’t come all the time, these opportunities don’t come like this so easy. We just really worked hard for it. I gotta thank my teammate ‘Red,’ Kyle Arnold, thank him so much for the great support along the way.”

He also said he was “surrounded by really great people” who support him in his endeavor.

You can see exactly what it meant for @LuckyDog_38 to win at The Glen!

The talk of the field was actually Roush Fenway Gaming’s Nick Walker, who started from the rear. He quickly worked his way into the top 10 and then began picking them off one-by-one. Walker eventually made it all the way up to fourth place, passing Slade Gravitt for the position. Others further back also battled for every point they could gain in the standings. But at the end of the day, Buttafuoco stood tall over the competition.

Luis Zaiter finished three seconds behind Buttafuoco to take second. Further back was Justin Brooks in third, Walker fourth and Gravitt rounding out the top five.

Here are the results from both races:

Congratulations to all the drivers on a great night of racing!#eNASCAR @NASCAR pic.twitter.com/cizeNKw89m

Next week the series will use the Xfinity Series cars at Dover International Speedway. Coverage begins May 6 at 8 p.m. ET on eNASCAR.com/live.