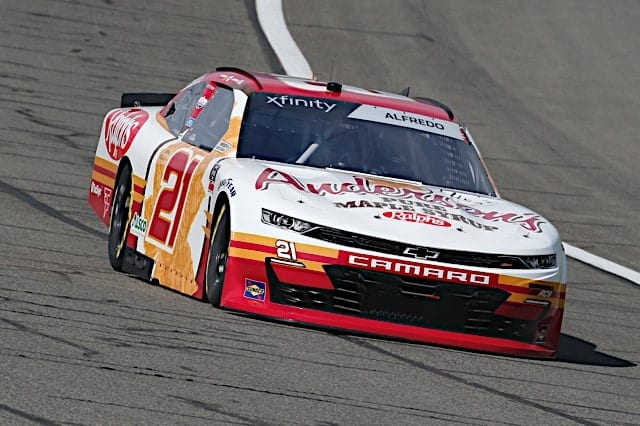 As the NASCAR world begins to ramp up preparations to return to real racing, drivers remain quarantined at home, including Richard Childress Racing’s Anthony Alfredo.

The part-time driver of the No. 21 Chevrolet for RCR joins Davey Segal to discuss his recent Saturday Night Thunder victory at Dover International Speedway, which included an impromptu hat dance, as well as his history on iRacing and how many hours he spends per week preparing.

The two discuss growing up in Ridgefield, Connecticut, a relatively barren area for racing interest, and racing for two legends in Dale Earnhardt Jr. and Richard Childress in a six-year span.

Plus, looking back on his late model and K&N Pro Series wins, improving RCR week by week, how his nickname “Fast Pasta” came to be and his thoughts on NASCAR returning to the track on May 17 at Darlington Raceway.

Great piece – thanks. Also a Ridgefield native, so I’m pulling hard for Anthony. I was lucky enough to grow up before they tore down the Danbury Racearena nextdoor, so I was able to watch Don LaJoie dominate the place, which is when I caught the racing bug. Best of luck.