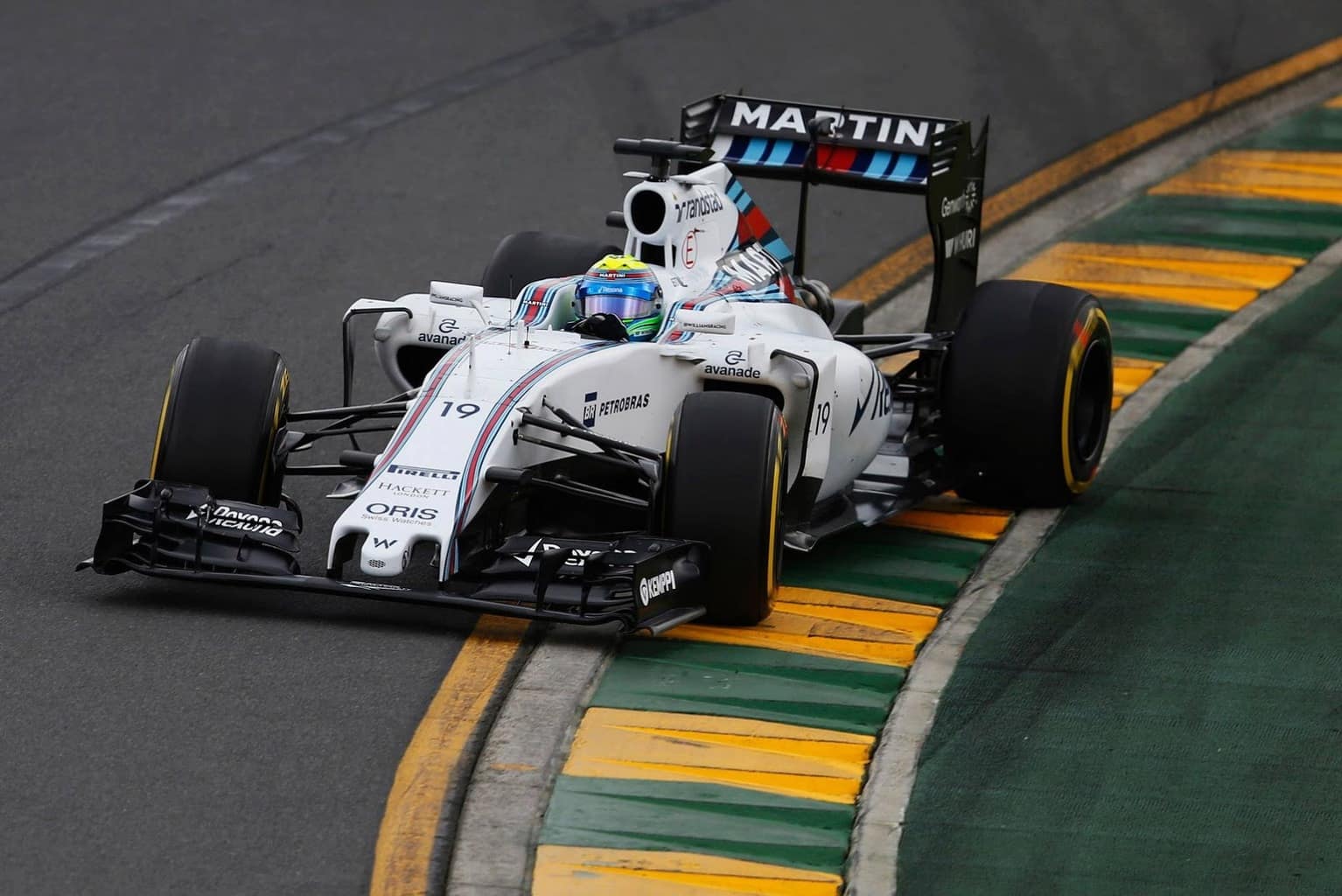 Felipe Massa has driven well for the Williams team in 2017 (photo: Getty Images)

The camera rides alongside the yellow helmet of a Formula 1 driver, his hands furiously working the steering wheel around the bend of a straightaway. The camera shakes with the car as it bounces and suddenly goes in a straight line as the view hard-cuts to the same car violently impacting a retaining wall.

Even before seeing the aftermath, the viewer instantly knows the tragic outcome of that accident and the ripple effect it would have on the sport.

Director Asif Kapadia’s 2010 documentary Senna instantly became a titan amongst the racing film subgenre, as well as in the general industry. Kapadia himself is best known for documentaries in the past decade, winning an Academy Award for Best Documentary Feature in 2016. That Oscar was for his 2015 film Amy, documenting the life of singer Amy Winehouse, and he followed that up with Diego Maradona in 2019, a profile of the Argentinian soccer player of the same name.

Premiering at the 2010 Japanese Grand Prix in Suzuka, Japan, Senna won the World Cinema Audience Award for documentary films at the 2011 Sundance Film Festival. The movie went on to make double-digit millions at the box office and was acclaimed by critics, but (somehow) failed to land an Academy Award nomination in 2012.

I first watched Senna in 2019 on May 1, the 25th anniversary of his death on the same date in 1994. In late April of this year, I watched it again. I was enrolled in a spring documentary filmmaking capstone class in my senior year at Virginia Commonwealth University, and part of our assignments consisted of watching various documentaries to learn the art of the genre.

The COVID-19 pandemic impacted our classes, of course, sending them all online, and so our professor (hi, Dr. Oglesby!) began taking suggestions for what the class should watch. The final week, I suggested Senna, and I was glad to see a number of my classmates got a lot out of it (and if I can get an entire class of people who might not otherwise watch a racing movie to see one, I feel like I’ve done my job). I also got even more out of it on rewatch, tearing up a few times the second time around.

The documentary follows the life and career of Ayrton Senna, considered by some to be one of the best F1 drivers of all time. After showing promise with lower-tier teams, Senna went on to win three titles and 41 races over 10 years of competition; he still ranks in the top 10 of career championships and sits fifth in victories (of active drivers, the closest behind Senna is Kimi Räikkönen with 21).

All of this background filters in as a riveting narrative on its own, but what exactly makes this film so special?

The most noticeable and unique feature of Senna is its construction and framework. The narrative is built entirely on archival footage and mostly archival audio, present-day interviews only sneaking in every now and then – and only as voiceovers.

After a few minutes of background on Senna’s childhood and his early years in racing, the documentary immediately kicks into eighth gear as it cuts to the rain-drenched 1984 Monaco Grand Prix, Senna’s sixth race in F1 competition.

The viewer is informed that the team Senna was driving for at the time, Toleman, wasn’t nearly as prolific as stables like McLaren and Williams. However, he still outran three of those teams’ four cars to finish second.

Quickly jumping to Senna’s time with McLaren, Kapadia takes his time and delves into the driver’s eventual rivalry with Alain Prost (who won that ’84 race in Monaco) and Senna’s dealings with the sport’s governing body. While he does win the championship in 1988, the tension builds up so much throughout that what happens during the 1989 Japanese Grand Prix seems inevitable. Prost makes contact with Senna as he attempted a pass, totaling Prost’s car.

Senna was able to continue, weaving through tire barriers on an access road to rejoin the track. Prost immediately went to the officials as Senna unbelievably came back to win the race, celebrating what he thought was his second consecutive championship in the second-to-last race of the season.

However, a ruling came down soon after the race in which Senna was disqualified for using the aforementioned access road. That nullified his result and handed Prost the season title instead.

More incidents between Senna, Prost and F1 officials followed the 1989 fiasco, most notably the next season’s penultimate race…once again, the Japanese Grand Prix.

While 1989’s battle climaxed on the 46th lap of the event, 1990’s reached its peak in the first turn – neither Senna nor Prost completed a single lap. After winning the pole, Senna protested his starting spot’s repositioning to the outside of the track (the “dirty” side, where the second-place starter would have an advantage to the inside).

Who was the driver starting on Senna’s inside? Prost. Who else?

Prost had the advantage as the field entered the first turn, so Senna exacted his revenge and collided with his teammate. The impact sent both cars spinning into the gravel, totaling both machines and sealing Senna’s second world championship.

Senna won a third title a year later in 1991, but one moment from the season defines his legacy, heritage and what he meant to his home country of Brazil.

The 1991 Brazilian Grand Prix was held on a cloudy day at Autódromo José Carlos Pace in São Paulo, Brazil. Senna started from the pole after dominating qualifying, leading all 71 laps en route to victory.

Those 71 laps weren’t without their issues, though. Senna’s gearbox began to fail, leaving him stuck in sixth gear for the last seven laps – described in the documentary as a feat no one should have been able to pull off, but Senna did. Having struggled to win the Brazilian Grand Prix for years, he was finally able to stand on top of the podium at his home race.

The documentary injects Senna’s radio communications as he takes the checkered flag. Screams of sheer elation fill the viewer’s ears as the F1 legend takes his cool-down lap.

Race win aside, the effort of wrestling the car through seven laps of gearbox failure took a toll on Senna. He was barely able to move after the race, the excruciating pain in his shoulders so severe he needed help just to get out of his car. He even had visible trouble lifting the winner’s trophy on the podium.

Before and after the race, the movie also shows just how much Senna meant to his home country – a nation flawed by poverty and unstable leadership. Senna tried to help as much as he could, donating millions to help children in Brazil and eventually setting up an organization, Instituto Ayrton Senna, that continued to help those children after his death.

After joining Williams prior to the season, Senna’s choice was somewhat foiled by new rules for the entire sport – he had chosen Williams due to the team’s experience in tinkering with electronics that helped the cars with stability and other issues.

The new rules banned much of that experimentation, and Senna suffered two straight retirements to begin 1994. The third race of the season was the San Marino Grand Prix in Italy, a three-day weekend of events leading up to the race on Sunday.

A Friday qualifying session saw sophomore driver Rubens Barrichello’s car launch into a tire barrier, flipping several times and causing him to swallow his own tongue (nearly killing him). Attended to by medical teams, Barrichello was taken to the hospital and received treatment for a sprained wrist and broken nose.

The black cloud hanging over the weekend only became heavier with Saturday’s final qualifying session. Rookie Roland Ratzenberger’s car violently impacted a concrete wall in the Villeneuve Curve, the driver suffering a basal skull fracture and later dying in the hospital.

Kapadia expertly builds the tension and magnitude of Sunday’s tragedy to the point where, if the viewer knows anything at all about Senna, it’s that the next day would be the end of an era.

As if there hadn’t been enough carnage, a massive crash at the start brought out the safety car. Senna, who had won the pole, led Michael Schumacher when the race resumed. One lap later, his car left the track at the Tamburello corner.

Senna’s fatal crash needs no introduction nor graphic description – it’s all been seen and said before. We may also never know exactly what sent his car off course and directly into that concrete wall.

The documentary respectfully but thoroughly portrays the accident as it happened, the audience riding along with the on-board camera before cutting away as the car begins to head for the wall. Cutting to the infamous wide angle of the crash, Senna’s car hits the wall and slides to a stop, with the editing switching between angles of chief doctor Sid Watkins and medical crews attending to the three-time champion.

The angles gradually pull back and the music swells as Watkins describes the scene in voiceover. The film’s attention then moving to the crews and other drivers as they react to the news of Senna’s death, transitioning to the eventual funeral for the driver.

Throughout documenting Senna’s career, Kapadia ensures the inclusion of clips featuring the driver’s interactions with his family and other prominent people in his life – his parents, who helped fuel dreams of racing, several girlfriends he had over the years and drivers he both clashed with and befriended in F1.

All of this connection culminates in the waning moments of the movie, as Senna’s funeral procession begins and the film cuts between shots of those people at the funeral and with Senna in previous years – providing a stark contrast between their mourning and joy as a part of Senna’s life.

As a whole, the documentary is incredibly well-crafted and uniquely executed, essentially placing the viewer in the driver’s seat with one of the most polarizing, talented and fascinating figures auto racing has ever had.

It’s a film more interested in Senna’s personality and raw talent than trying to break down the man behind the visor, instead focusing on depicting his outlook on life, racing and competition.

And that outlook on racing is one anyone, in any racing series or division, can take to heart.

“If you no longer go for a gap that exists,” Senna says in the documentary, “you’re no longer a racing driver.”

Very nice summary of both the movie and the man.