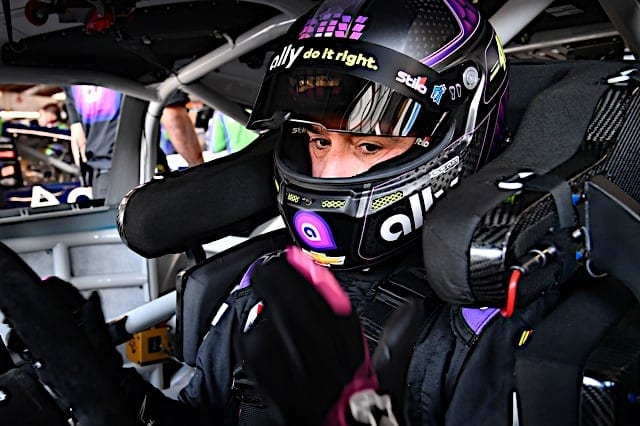 1. How Long the Season Will Last

Even as the season restarts this Sunday (May 17), there are still questions as to how long it can really last. The shadow of COVID-19 still looms over the sport, and an outbreak in the garage could bring things grinding to a halt. There’s a lot at stake, because while the television money keeps the sport going, backlash could cause irreparable damage if the sport handles an outbreak the wrong way.

So far, three tracks have lost races (whether the right three tracks lost races is a whole other can of worms). That number could rise as state or local governments may make difficult decisions for their citizens’ health. A rise in cases even outside the garage could easily lead to more lockdowns, so the season is very much still in question.

2. Where We Go From Here

As the season progresses past the initial weeks, the schedule is still a question mark. Depending on how long NASCAR chooses to stick close to home near Charlotte, further shuffles could certainly happen, with Atlanta Motor Speedway and Bristol Motor Speedway being the obvious choices for the next couple of races.

But it’s about more than the schedule.

It’s a whole new world for NASCAR, at least in the short-term. Teams had better bring their A-game, because there’s no practice or qualifying to shake down the cars. It’s run what you bring and good luck to you. Teams are allowed fewer people at the track (16 total, down from 21).

Even travelling farther afield, there is a cost savings to teams here. Shorter weekends means less travel expense, as does the reduced roster. No practice means no need for a backup car.

It’s possible that some of these things may linger, particularly one-day shows and smaller team rosters. Could a single practice session also be used to set the field? It’s certainly something that may be explored. We’re all adjusting to a new normal, and that includes racing.

Before the pandemic stopped the cars, 2020 was already shaping up to be a busy Silly Season. With one former champion stepping down and another a free agent, at least one top seat is going to be available, maybe two.

Kyle Larson was also a free agent at the end of the year, but his current status does change some teams’ options in two ways. One, some of the bigger teams who might have been interested may no longer be. But Larson could prove an attractive option for a team that might not have had a shot at landing him before, so he could still play a role if he decides to stay in NASCAR. Both his Charlotte-area homes are on the market, which could simply be a downsizing move with his future less secure or the sign of something else.

Larson aside, while it seems likely that Ross Chastain will take his place in the No. 42 next year, there are a lot of potential moves. The No. 48 seat will be open, but Hendrick Motorsports doesn’t appear to have a development driver groomed for that spot. The company may also have the No. 88 team looking for a new driver if sponsorship can’t be secured for Alex Bowman.

There’s been talk of Brad Keselowski being courted for the No. 48, which would then leave the No. 2 open, presumably for Austin Cindric but possibly for someone else. Stewart-Haas Racing could have two seats to fill next year.

Whatever happens in Cup will determine what’s available in the Xfinity Series as well. So, even while the season itself is still not a sure thing, Silly Season is sure to keep people talking about NASCAR.

4. Where eRacing Fits in Long-Term

There is already a handful of NASCAR-sanctioned eRacing series out there, and many teams have virtual cars as well as the real ones.  There are advantages to that — it gives another platform for sponsors and adds value to sponsor packages without adding significant expense to teams. If the Pro Invitational Series brings viewers to those series as well, it’s good for the entire sport in the long run.

It’s not the future of racing, but it is growing, and it’s a way for racing and gaming enthusiasts to get involved in a NASCAR-sanctioned series.

And if the season is suspended again, the Pro Invitational and the Saturday Night Thunder series may still provide something to fill the time. They might also make for some fun special events in the off-season.

5. What Kind of Send-Off Does JJ Get Now?

You have to feel a little bad for Jimmie Johnson. Underappreciated by fans for most of his career, Johnson decided to hang up his helmet after this season. But with the rest of the season very much still in the balance, will Johnson get the recognition he deserves as the best driver of his era and a seven-time champion?

If nothing else, his fans must be feeling cheated out of chance to see their driver race one more time, because it’s unlikely there will be fans in the stands for much, if not all of this season. Tracks will recognize the driver as he makes his last visit, but there will be no ovations, no cheers. The driver and his fans deserved so much more.

JJ will come back next year so his fans can give him the fawning he wants.

FYI this was just on Jayski on May 10th:

******
“If not for the pandemic, which caused NASCAR to leave Atlanta Motor Speedway on March 13, [Jimmie] Johnson would be a dozen races into what was supposed to be a farewell tour of sorts, his 19th and final full-time season. Instead, he has run only four races and has no idea what the remaining schedule will be. NASCAR has announced its plans only through May 27.

But while he says that he still has his eye on more racing, specifically IndyCar and sports cars, the parts of the 2020 season lost to the pandemic have not changed his mind about this year’s farewell plans.

“It’s only cemented my decision in making 2020 my last full-time year in Cup. But I still have some plans to race, and hopefully I’m going to have some time to gear up to make some decisions soon on what I can do in ’21 and beyond.”
******

Nothing would surprise me and at one time I also expected him to linger into 2021, but maybe we will get lucky and 2020 be his final year.

He should enter politics and run for president so he could try to rule the world.

That wouldn’t surprise me a bit Don!

If the media only understood the fans don’t love him like they do.Stay safe Rick with that leaukemia