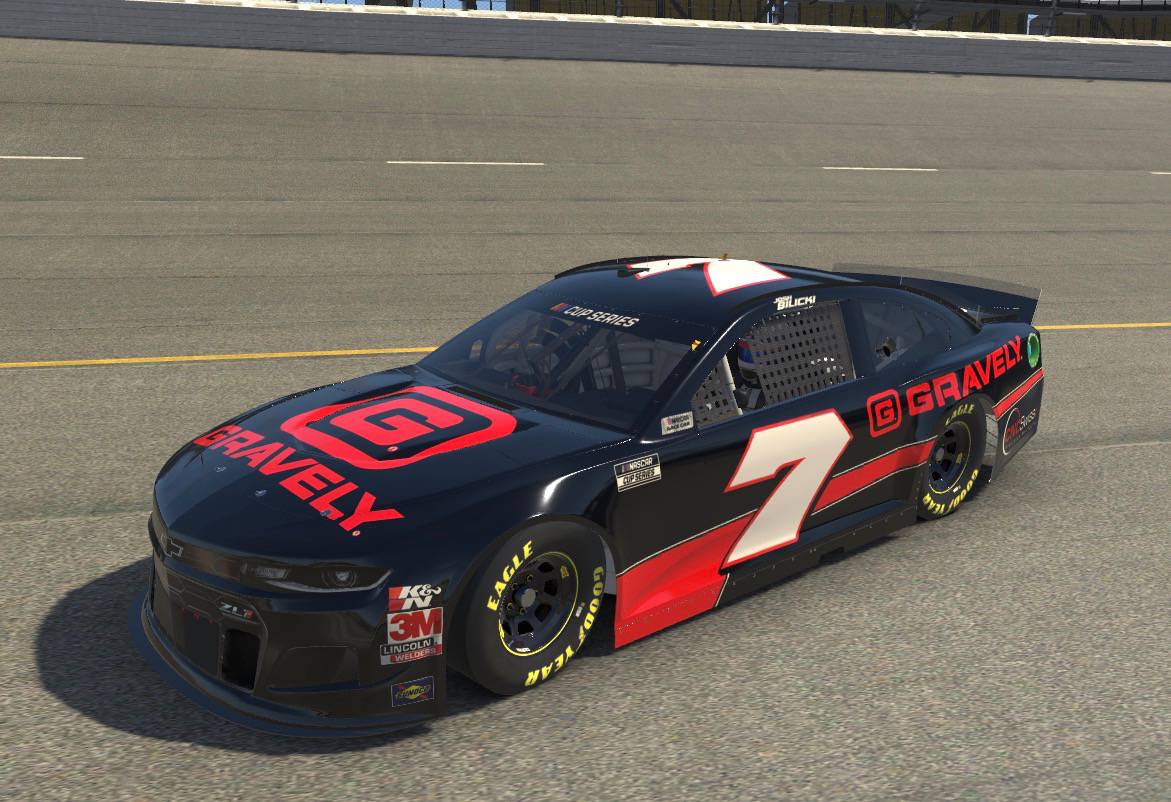 After announcing the team would compete this weekend at Darlington Raceway for its first NASCAR Cup Series event since 2017, Tommy Baldwin Jr., team owner of Tommy Baldwin Racing, revealed to Frontstretch his tentative plan for the rest of the season.

“We’re probably looking to do five to seven [races] this year, at the most,” Baldwin told Frontstretch. “We’ll see what happens. Maybe we’ll gain some momentum and do some more.”

At Darlington, Josh Bilicki will pilot the No. 7 Chevrolet, his first Cup start since the 2019 season finale at Homestead-Miami Speedway. In 13 career Cup starts, the Wisconsin native has a best finish of 29th, coming last year at Indianapolis Motor Speedway.

“I’m so excited to get back to real racing this weekend at Darlington Raceway in the NASCAR Cup Series,” Bilicki said to Frontstretch. “Tommy Baldwin has a lot of experience in the Cup Series and is very well respected, so I’m eager to get to work with him.

“I met Tommy last year at the track with Rick [Ware]. My sponsor Gravely was interested in the race, and Tommy needed a driver, so it just kind of naturally came together.”

Baldwin noted the team is looking at competing in both races at Charlotte Motor Speedway this month (May 24, 27). Bilicki, though he couldn’t confirm, is expected to be in several of the events the team competes in this year.

Prior to Darlington this Sunday, Tommy Baldwin Racing last competed in the penultimate race of the 2017 season, where Joey Gase placed 30th at Phoenix Raceway. Ryan Truex attempted to qualify for the 2019 Daytona 500, but was one of two teams to miss the show.
As of last December, Baldwin didn’t expect a return to NASCAR. But with the two-month racing hiatus, the ball got rolling to put a partial season together in 2020.

“Just been talking for the past two or three weeks, trying to put some things together,” Baldwin said. “Some things fell in place to take advantage of to be able to get back into the sport with the Cup Series, so that’s what I decided to do.

“I’ve been doing this a long time, so I know how to put together a lot of race teams from scratch. This isn’t the first time. I had [some] stuff ready, so it’s not that hard to do what you need to do to get to the races. I’m sure we’ll be well prepared and able to run the race and have a good showing.”

Baldwin confirmed he will be the crew chief of the No. 7 car, something he’s done 609 previous times at the Cup level, winning with Ward Burton and Kasey Kahne.