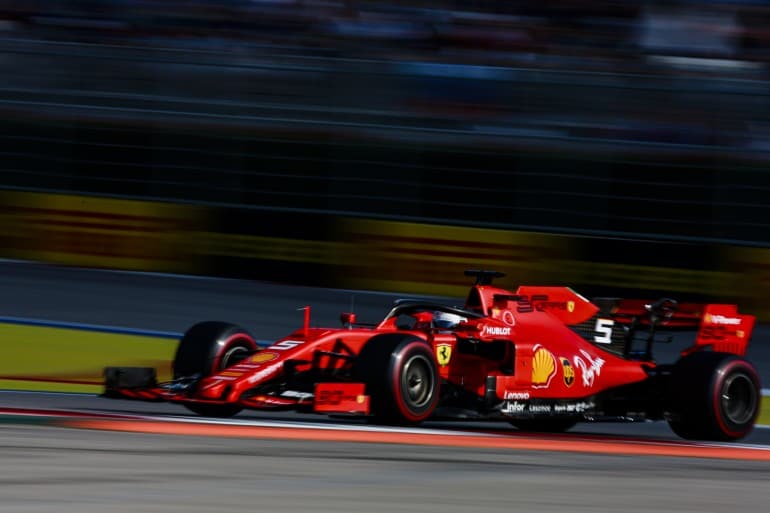 This year will be Vettel's last with the Prancing Horse (credit: FIA Images)

On Monday, news broke that Ferrari and Sebastian Vettel would part at the end of the 2020 season. With the announcement confirmed the next day by Ferrari, the game of musical chairs in Formula 1 revved to a high rpm. Vettel leaving Ferrari is big news in and of itself and deserves reckoning, but the events that followed need to be addressed first.

In what may be just as stunning an announcement, Ferrari declared that Carlos Sainz would join Charles Leclerc for the 2021 season. Though this decision has yet to receive the formal treatment of a press conference, there is reason to believe that it is forthcoming. For Sainz to make the jump to the front of the grid is also a step requiring further analysis.

These moves then left McLaren with a seat needing a driver. Enter Daniel Ricciardo. Initially rumored to be in line for the opening at Ferrari, the Italian team instead opted for youth, leaving Ricciardo unable to fulfill his dreams of racing for the Maranello outfit. He will, however, be making the switch from Renault to McLaren for 2021.

This amount of shuffling, so quickly, with such prominent teams seems both overwhelming and bizarre. Of course, current circumstances make nothing seem so bizarre anymore, and perhaps this situation fits things appropriately. The breakdown in talks between Ferrari and Vettel is enough to wonder what is happening in the paddock.

What makes the Ferrari-Vettel breakup curious is that both sides had been working toward an extension, mentioning it with some frequency. The union looked like it would last for another few years. So what changed?

While we’re not privy to the behind-closed-doors discussions something must have shifted from Vettel’s perspective. Through the rumor mill, stories circulated that Ferrari were offering less money but something else changed.

Perhaps Vettel struggled to see himself as the number-two driver at the team where he’d made his home for the past five years left too much of a sting. With Leclerc out-driving him, Vettel may have been forced to see what fans of the sport began to see, that Leclerc was the future and Vettel was never bringing a championship home for the Prancing Horse.

The decisions, however, are a bad look for Ferrari. Consider that for the past 11 years they have featured Fernando Alonso and Vettel, with six championships between them, and the team never won the drivers or constructors title.

While Alonso may have struggled with a pathetic car, Vettel has been recently gifted a solid ride, and may have brought home a title in 2018 would he not have made some terrible in-race decisions. The difference between the two seemed to be that Alonso grew increasingly frustrated with Ferrari while Vettel never looked entirely comfortable.

He may have been trying to emulate his idol Michael Schumacher, but Vettel could never find the connection or the car to encourage him to excel. Perhaps his training and success in the Red Bull program instilled a mentality that works better as a fighter’s mindset, one as an underdog, rather than the cool-headed hubris that it takes to take Ferrari to the top.

Whatever the reason, Vettel now finds himself on the way out, with seemingly two destinations left – Renault and Mercedes. While Renault supplied the engines that powered Vettel to his championships, the team has shown little in their return as a works team in the last two years. Making such a move would be something no one would expect, and it is likely improbable.

Then there’s Mercedes. Maybe, just maybe Vettel finds himself there next year. While Lewis Hamilton clearly marks himself as the king at the castle, Valterri Bottas’ performance has been just disappointing enough to question whether he will still be on the roster. Having the German driver join the German car giant looks like an intriguing idea, one worthy of all the tabloids.

Hamilton versus Vettel in the same car. Mercedes already rules the sport on the track; imagine the constant media attention they’d garner with those two as rival teammates.

Then again, perhaps Vettel retires … but one would think his decision to leave Ferrari came with some forethought or knowledge.

As for Ferrari taking Sainz to be their accompanying driver to Leclerc, this move looks to be one that secures Leclerc in his standing. When Sainz drove for Toro Rosso, Max Verstappen outdrove him. When Sainz raced for Renault, Nico Hulkenberg outdrove him. His success at McLaren is either a foreshadowing of the driver he is supposed to become or just a show of a more experienced driver outperforming a rookie.

Sainz may have tallied McLaren’s first podium in years and may have finished fourth in the standings but he looked more steady than impressive. If anything, Ferrari is looking to steady the team after a tumultuous year between Leclerc and Vettel in 2019. While the team still must navigate 2020, this signing gives them something to expect next year in what everyone hopes might be a return to normalcy.

The driver who may have come out best from the seat swapping is Ricciardo. He will be leaving the under-performing Renault at the end of the year to move to the resurgent McLaren organization. Even with Renault powerplants, McLaren outperformed their supplier. Next year brings a switch to Mercedes power, and though they might not match Ferrari in outright speed, the Mercedes engine has proven to be enough to win every title since 2014.

There is reason to believe that McLaren will soon be at the front of the grid again, able to match pace with Mercedes, Ferrari, and Red Bull and that makes Ricciardo’s move all the more positive. Just as intriguing is the pairing between him and Lando Norris, who in 2021 will be entering his third year with the team.

Both drivers will bring experience while relishing in the opportunity to bring McLaren back to glory. That looks like a rather sweet scenario for the team.

If there are categories for winners, losers, and TBD, the list read like this: McLaren and Ricciardo are clearly winners; Mercedes look like winners because they face little upheaval and only upside; Ferrari look like losers, unable to keep a championship driver in the fold, though Sainz is clearly a winner; then there’s Renault and Vettel, both with questions lingering and with possibilities to explore.