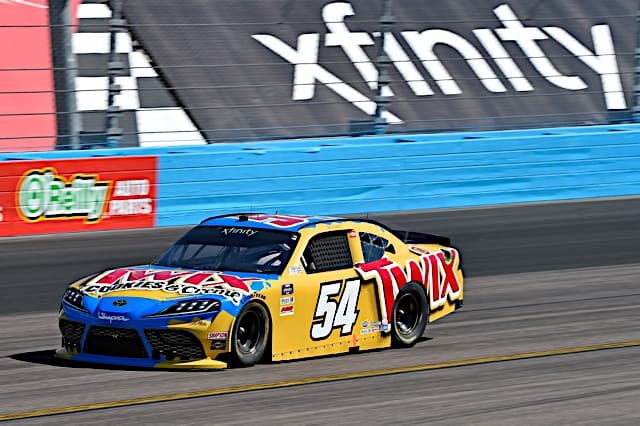 Kyle Busch is scheduled to compete in the Xfinity Series event at Darlington Raceway on Tuesday, May 19, according to his and Joe Gibbs Racing’s websites.

On joegibbsracing.com, Busch is listed to drive the No. 54 car.

Busch was originally set to compete in the Xfinity Series race at Chicagoland Speedway, but its date was realigned to May 19 at Darlington.

He’s scheduled to race a handful of other events in the series in 2020 — though not as much as in certain years past, due to increased limitation on Cup drivers’ entries in lower series races.

Busch has one start in the series in 2020, finishing third at Phoenix Raceway, the series’ final race before the season was suspended due to COVID-19.

The Xfinity race at Darlington will begin at 8 p.m. ET and will air on Fox Sports 1.