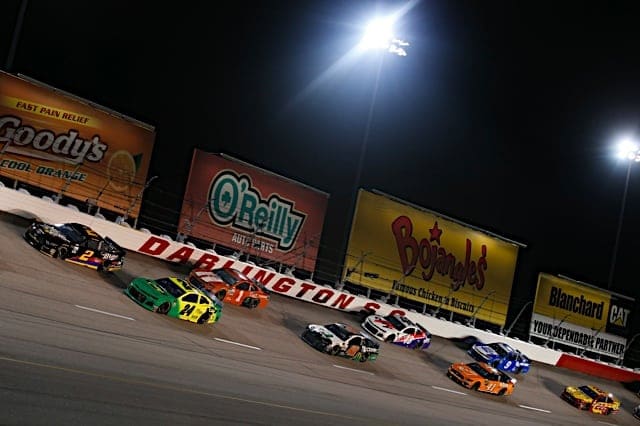 Is it truly safe to go back to racing?

This is the biggest gamble in NASCAR’s history. Really the only other one it can be compared with was when all the drivers tried to unionize in 1969 and Bill France decided to just have a 500-mile race anyway on an extremely dangerous racetrack with mostly scab drivers. But in that situation, at least the crew members were pretty safe.

There are so many things that could go wrong, in all corners of the garage, and they may stay unknown for a couple of weeks until after any given race. Not testing people is not a good thing at all, and even if they were testing everybody, there would be fairly high rates of false negatives with the tests that would be administered anyway. That’s really the key problem with this virus, and one that really isn’t easily solved right now.

NASCAR does deserve some kudos, however. It’s been way more aggressive then I thought it would be when it comes to social distancing measures. It’s still very concerning that it can’t give a straight answer on its own FAQ on if returning to racing is safe, and it still deserves plenty of criticism for not actually testing garage members, but it’s doing the best it can as far as actually making all of this work.

And at the very least, when it comes to people outright criticizing its response, it hasn’t publicly lashed out. UFC President Dana White is really the worst person when it has come to coronavirus response, and openly saying “f**k that guy” in an actual press conference in relation to a reporter is maybe not even in the top five list of stupid things White has said since March. NASCAR has been very wise to work closely with the media given the circumstances involved.

That being said, it should have waited until testing was at a high enough volume. It has been a good couple of weeks as far as really hitting the curve as far as day-to-day infections while also improving testing, but they’re just not at a comfortable enough level yet to hold a race. While Sunday will be an exciting return for most, it’s also going to be a very concerning day for many in the industry. And again, thanks to the incubation rate of COVID-19, it’s going to really be a concerning two weeks after that.

One final note: it’s also not a guarantee NASCAR is going to gain fans from this. WWE is not a sport, but it has produced weekly television since the beginning of this crisis, and while the first shows had a curiosity bump in ratings, they have since plummeted to new record lows. While racing with no fans isn’t going to be as different as wrestling is with no fans, and the first race back is probably going to draw a big rating, it’s not smart to just assume fans will stick to NASCAR once their favorite sport comes back in the long term.

What does the schedule look like after the next two weeks?

On Thursday afternoon, NASCAR revealed its next slate of planned national touring series races following Charlotte Motor Speedway’s at the end of the month, and even included an ARCA race at Talladega Superspeedway.

First reaction: these are going to be some hot racetracks. Anybody who went to the Talladega Superspeedway race back when it was in July knows just how hot that track can be in the summer. Florida and Georgia are basically ovens in June on top of that.

Part of NASCAR’s announcement was that all national touring series races at Iowa Speedway have been cancelled for the year. This wasn’t a surprise, with NASCAR’s first round of layoffs rumored to include a large amount of Iowa staff. What’s more is that the Xfinity Series and Gander RV & Outdoors Truck Series revenue models make it very hard to justify added costs to teams by having standalone races without having an extra cushion of live gate; Cup makes so much money from media rights, which just isn’t as much of a case in NXS and Trucks.

The first NXS date at Iowa was moved to Homestead-Miami Speedway, turning the weekend into an NXS doubleheader. What was once a 300-mile NXS race is now two 250-mile races. Dale Earnhardt Jr. is still scheduled to race at Homestead in NXS, but only on Saturday.

Nothing is official, but it wouldn’t be surprising if all NXS and Truck standalones are replaced this season. That being written, however, both series seasons are not lost at all; as long as NASCAR can run at Darlington Raceway and Charlotte Motor Speedway, no season is lost. And the good thing about this schedule is that, if NASCAR doubles up on Michigan International Speedway and Dover International Speedway weekends in August, schedules races the two currently empty mid-summer weekends that were reserved for NBC’s coverage of the Olympics, and the Carolinas do not shut back down, NASCAR is on track to finish the season without resorting to more mid-week races after Martinsville Speedway.

Who wins the first Cup race back?

Qualifying for this race was rather different. Due to coronavirus, there will be no on-track sessions this weekend besides the race itself, so qualifying was decided on a random draw live on NASCAR Race Hub. In between Adam Alexander yelling and Jamie McMurray/Regan Smith stalling for time, it was randomly decided that Brad Keselowski would start from the first position. Alex Bowman will be beginning the race in second.

Kyle Busch will be the guy to beat in this first race. There are a lot of unknowns heading into this race, with no practice time and no actual qualifying. Busch is the best bet when it comes to facing the unknown, just because of how great of a driver he is.

Busch might not be a great pick for Wednesday’s Cup race, however. Busch will be racing the Xfinity Series race the night prior, and on such a physically demanding racetrack such as Darlington, doing all of that driving in such a short amount of time is going to be hard to bet on.

Instead, for the second race, it might be wise to look at Martin Truex Jr. Truex will not be racing the NXS race like Busch, but Truex has always been great when it comes to stamina. Dover is a very tough racetrack on drivers, and Truex has won there three times in his career, along with two Coca-Cola 600 victories. Add on that he’s got a Southern 500 in his trophy case, and it’s fair to say he’s going to stay a solid contender just a few days after the first race.

Is there one final thing to say about eNASCAR?

Before racing truly comes back over these next couple of weeks and this column/website gets kicked back into high gear, it’s important that this gets written while there’s still time:

Look at this monstrosity.

The fuel gamble pays off!@Slade_G84 puts @WoodBrosGaming back in Victory Lane with a perfect strategy play at @NHMS: https://t.co/pKBfkg6Ln4 pic.twitter.com/znFxi1iBNF

This is a dumb idea. Stop it. The NASCAR Heat Series is almost unwatchable with this.

You are correct, that particular rear quarter number scheme you pictured looks terrible. But take a look at some Australian Supercars (closest equivalent to a full bodied race car) and their paint schemes look great, with basically the full side of the car for great representations of the all important sponsor logos. The Jack Daniels cars come to mind. Instead of cramming a skinny stretched sponsor logo along the top edge of the quarter panel. If you want to complain about things that make the cars look bad, get rid of all the million tiny little nascar required sponsor sticker package that just junk up the whole car no matter what else they do.

I’ll tell you why I didn’t continue to watch the iRacing, despite having enjoyed it tremendously.

Even though DH and I are still both employed as essential workers, we made the financially prudent decision to limit expenses and canceled the YouTubeTV subscription.

We don’t get broadcast TV where we live. In fact we don’t even own an actual television. I’d watch everything Nascar puts on the air — commercials and all — if only they made a livestream of the TV broadcast available online without my having to buy an entire streaming service subscription.

It’s time to rethink how the broadcast package is presented. Old people sit in front of the TV, but even my generation is as likely to watch videos on the computer and none of my adult kids even own a TV except for the one that’s hooked up to the gaming system.

First I’ll say I did not watch more than 30 minutes of iRacing over the last couple of months. I think it’s stupid to spend any considerable amount of time watching people playing video games (participating in the game would be cool though).
However I will offer an obvious reason why they opted to switch the number with the sponsor logo on the side of the car. In real racing the people that officiate, spot and crew the race need to be able to see the car from wherever they are on the track (which could be a mile away). The large number on the side and top is the easiest way to identify the car. In iRacing there is no need to see the car from a mile away because it’s all on the screen. I’d bet if you asked the sponsors if they would prefer a larger company logo on the side of the car or a smaller one on the rear quarter panel what would you guess their answer would be? So the bottom line is, they don’t even need a number on the car in iRacing the computer doesn’t need to see it, nor does anyone else.

Nothing is ever going to be good enough for imbeciles like yourself. Here’s a tip for you, stupid: nobody is going to pay you to spew retarded crap on the internet about racing indefinitely while there IS NO RACING. And imagine this…some people, like myself, never stopped working, and neither me or any of my employees got sick or died. You can’t hide in your house downing marshmallows and cheetos forever, even though that appears to have been your life’s work thus far. Man up.

Ricardo
Reply to  your mother

Mike “I’m Your Mommy” Finley just wants you to wait for the “vaccine” for it to be safe race again! He does look like he has hit the Cheetos and marshmallows kinda hard though…