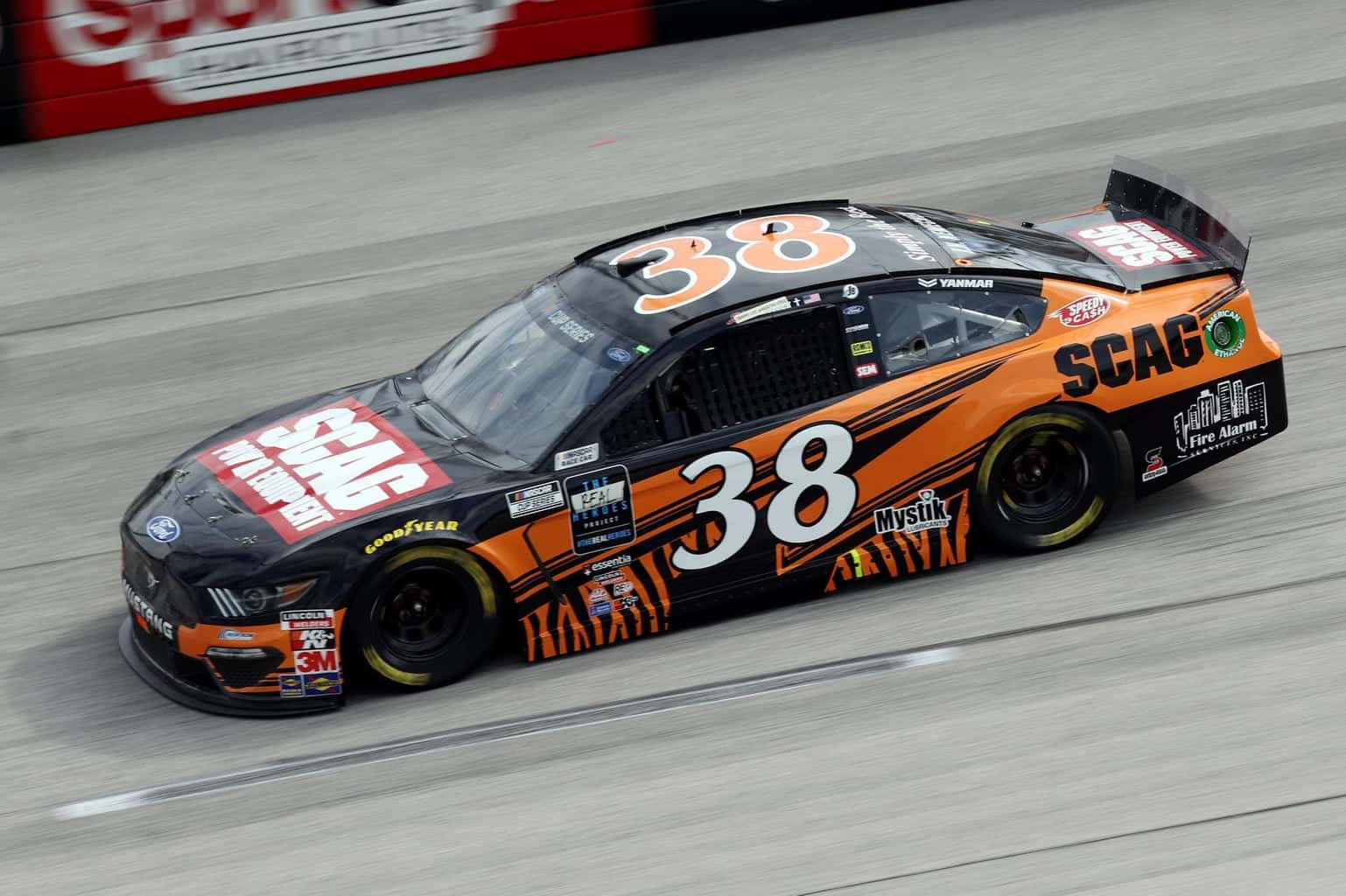 On Sunday (May 17), NASCAR returned for the first time in 10 weeks at Darlington Raceway amidst the ongoing coronavirus pandemic.

And in what seemed like an eternity ago, what’s old is new again.

Kevin Harvick continued his hot streak early in the 2020 season, Hendrick Motorsports continues to bring life back to the Chevrolet camp along with Chip Ganassi Racing, who placed two cars inside the top 10. A crop of rookies also had standout performances in a race with plenty of comers and goers.

Let’s dig into it with some analytics from Darlington.

Prior to NASCAR announcing its shutdown on March 16, Kevin Harvick was getting hot, the only driver to score top-10 finishes in all four races in the opening month of the season. After Sunday’s dominating performance, the No. 4 team is now on fire.

Courtesy of a random draw on Thursday (May 14), Harvick began The Real Heroes 400 from sixth position at one of his better circuits on the NASCAR schedule. When Kyle Busch‘s No. 18 Toyota failed pre-race inspection multiple times, the No. 4 car moved to fourth on the starting grid.

It took time for Harvick to settle in. Outside of Brad Keselowski, Chevrolet dominated the opening stage with William Byron scoring the stage win. But once stage two began, the No. 4 car took over, leading 159 of the final 200 laps. That included an extended pit stop, where Harvick dropped to eighth.

With 78 laps to go, Harvick passed Keselowski for the final lead change of the race, en route to the victory — his second at Darlington. Since joining Stewart-Haas Racing in 2014, Harvick has yet to finish outside the top 10 at the Track Too Tough To Tame (eight straight dating back to 2013 with Richard Childress Racing).

Stats from today's Cup race at @TooToughToTame: @KevinHarvick picked up his 50th career win, the 14th driver to do so in #NASCAR history.

He's also the only driver to have top 10 finishes in all five Cup races this season.

The victory was Harvick’s 50th at the Cup level, tying him with Junior Johnson and Ned Jarrett for 12th on the all-time wins list. He passed his boss Tony Stewart in the process.

Entering the 2020 season, all eyes were on rookies Cole Custer, Christopher Bell and Tyler Reddick, making the jump up to Cup after dominating the 2019 Xfinity Series season. Did y’all really forget about John Hunter Nemechek?

Nemechek sits 22nd in points, just 16 points outside the top 16. Beware the rookies, as Reddick also had a career day at Darlington, finishing seventh.

Matt Kenseth is officially back.

Of the multitude of storylines entering Sunday’s event, Kenseth returning to NASCAR for the first time since the 2018 season finale at Homestead-Miami Speedway, replacing Kyle Larson at Chip Ganassi Racing, was among the top. And, to no one’s surprise, the crafty veteran performed.

When Busch had to go to the rear of the field at the start of the race, Kenseth moved up to the 10th starting position. It was his first event in the newer rules package, running just 550 horsepower engines (ugh).

That didn’t seem to matter.

Sure, Kenseth faded into the 20s at points during the race, but the No. 42 car hovered around 10th to 15th all race long. Like most of his NASCAR career, the Wisconsin native snuck up on the field late, finishing 10th in his first race back.

It can only get better for Kenseth from here, right? Kinda. Of course, there will be days where the team misses the setup, Kenseth struggles and it doesn’t look good on the scoreboard. But as he said earlier in the week, Darlington’s the most excited he’s been to race in quite some time. With a 10th-place result, Kenseth’s confidence is only going to grow as he gets more accustomed to this rule package.