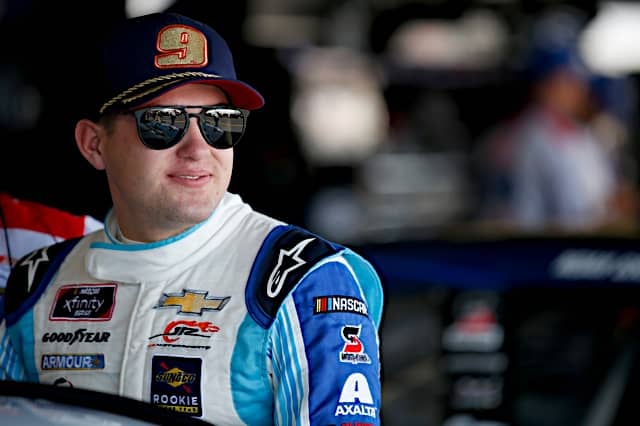 Noah Gragson will lead the NASCAR Xfinity Series field to the green flag for Tuesday’s (May 19) Darlington 200, the division’s first race back after the coronavirus stoppage.

More than two months have passed since the worldwide pandemic halted the 2020 NASCAR season. Tuesday’s 200-mile race marks the sport’s attempt to return to on-track action.

A random draw determined the starting order similar to the NASCAR Cup Series. Drawings were held in groups of 12 for spots 1-12, 13-24 and 25-36, based on a car’s position in owner points. Eligibility determined spots 37-40.

Next, pit selection was decided by qualifying results from the most recent Xfinity Series event. In this case, the March race at Phoenix Raceway was used. That meant first choice went to Kyle Busch‘s No. 54 team, the pole sitter for that event.

Haley’s teammate Ross Chastain lines up ninth for Kaulig Racing. Busch, meanwhile, will start 26th in JGR’s No. 54. The 2019 Cup Series champion is running all seven races at Darlington and Charlotte within NASCAR’s top three series.

Anthony Alfredo returns to Richard Childress Racing’s No. 21, starting 17th. Brandon Jones, the series’ most recent winner, will line up in the eighth starting spot.

39 drivers chose to enter this race and with NASCAR’s expansion of the starting field to 40, that means no one failed to qualify.

The race will get underway shortly after 8 p.m. on Tuesday, May 19. Coverage will be provided by FOX Sports 1.

Why not give pit selection according to the starting draw? OH, Kyle Busch wouldn’t get an advantage.

With all you details, why not give us a clue as to the starting time????