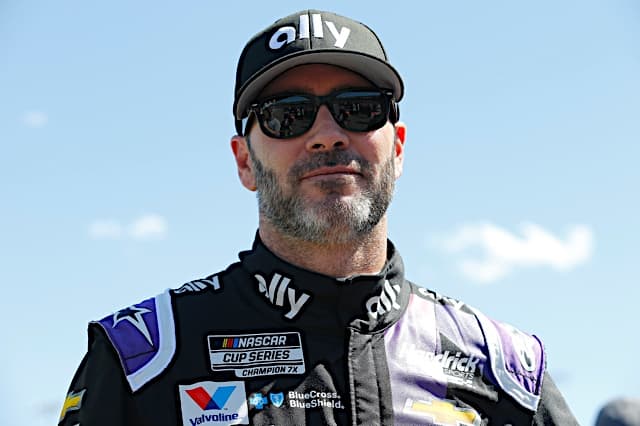 A Historic Night at the Lady in Black

For a while now, NASCAR has danced around the idea of primetime mid-week evening races. Tomorrow, we’ll have a chance to see just what that looks like. Last Sunday, the race attracted a robust 3.7 rating (translating to 6.3 million viewers) – the best numbers the sport has attained for a non-Daytona 500 race since March 2017. Not too shabby, but also not too surprising given the number of sports-starved folks out there. Even friends of mine who like to tell me I’m crazy for watching, writing and obsessing about NASCAR took a peek. The shorter race distance of 500 kilometers (310.6 miles) should also help keep the newer fans interested as, let’s be fair, it eliminates some of the “middle of the race just making laps” factor. Now it’s likely that the 2021 schedule did have a mid-week race planned, so this is an early look into whether or not it’s a viable option moving forward. And after a successful return to action on Sunday, what a great way to continue the racing in 2020 with something completely different. I can’t wait.

This time last week I wrote about what I saw as an arguably curious decision to put Matt Kenseth into the piping hot seat vacated by Kyle Larson. I opined that perhaps this was an opportunity to give to a great seat to a younger, up and coming driver rather than a retired veteran pushing the big five zero. Well, as I’ve proved a few times over the last 13 seasons of writing for Frontstretch, I’m often wrong, as evidenced by the savvy veteran’s performance on Sunday – his 330th top-10 finish in 666 Cup races run to date. Don’t forget, this was the first time Kenseth had sat in a Cup car since the 2018 season finale at Homestead-Miami Speedway, a period of some 547 days between starts. Kenseth argued that it wasn’t an easy transition on a Monday morning media call, noting “I would say it was difficult to get prepared and get the mental mindset of everything to start the race.” Aiding Kenseth’s transition were the current rules governing the cars. “Certainly, this package makes the cars easier to drive than what they were when I left,” noted Kenseth. “When you have less power and more drag, everything is happening just a little bit slower, and that helps with the adjustment as well.” Given how seamlessly he transitioned back to Cup racing, don’t rule out an even better finish this Wednesday evening under the lights at the Lady in Black.

PS: And just in case, here’s the reference to explain the title.

Kevin Harvick notched a milestone victory in NASCAR’s return to competition at Darlington Raceway, winning his 50th Cup race in 687 starts across his 20 years at the sport’s highest echelon. The win sees the Bakersfield, Ca. native bypass team owner Tony Stewart (49 wins) and join Hall of Famers Ned Jarrett and Junior Johnson in 12th place on the all-time wins list. And when you consider the incredibly difficult circumstances when Harvick’s Cup career began – replacing Dale Earnhardt – you can’t help but applaud his longevity and continued commitment to excellence. It’s a pretty big honor to win 50 races in this deal,” said Harvick of his achievement “and I just have to thank all my team guys and everybody for what they’re doing.” And he’s right, it absolutely is a huge honor. Amongst active drivers, only Kenseth (39 wins) and Denny Hamlin (38 wins) are close-ish, with Kurt Busch (31 wins), Brad Keselowski (30 wins), Martin Truex Jr. (26 wins) and Joey Logano (25 wins) the next four current drivers on the list. Harvick needs four more wins to tie Lee Petty on the overall wins list and five more to equal Rusty Wallace (55 wins) to break into the all-time top 10. You’d have to think that he will achieve that (and more) before it’s all said and done.

Number 84 is Around the Corner

For a driver so accustomed to success –seven championships and 83 wins — it seems almost unreal to note that Jimmie Johnson’s last win came all the way back on June 4th, 2017. In case you’re mathematically inclined, that’s a whopping 1,079 days since Johnson took the checkered flag in a points race. But based on the early evidence at the Lady in Black last Sunday, Johnson had a car that was a contender before spinning out while leading after an incident with Chris Buescher. “Man that hurts. What a bummer,” said Johnson via Twitter.

“The good news is the 48 is fast and my team is on it,” noted Johnson. “My Camaro is fast… I will use this and learn from it.” And you can be sure he will do just that. Do not be surprised if Johnson is in contention for the win all night long. You have to feel the win is coming and if I was a betting man, I’d say it was sooner rather than later.

Open-Wheel Racing on the Horizon

And finally this week, a quick note on open-wheel racing, which is also moving toward a return to on-track action. IndyCar begins their revised 14-race slate on June 6th, running through St Pete’s on October 25th – finishing with the race they should have started in late March. The Indy 500 will still run on August 23rd, the first time the illustrious race has not been held in May ever – quite the stat. Despite the weird date, expect this to be, as is usual, an absolutely phenomenal race to watch. Formula 1 is also closing in on a return and the series will return to their 2020 schedule in Austria on July 5th. The aim is to run 15 races in 2020 to fulfill TV obligations. Looking forward to it already.

I love Jimmie, but he must have had a brain fart Sunday. That looked like a bonehead rookie move by him. NASCAR is great, though some of us are looking forward to seeing JJ in a SCORE Trophy Truck

I thought the “Robot” comment was for Johnson after his Baby Busch moment.