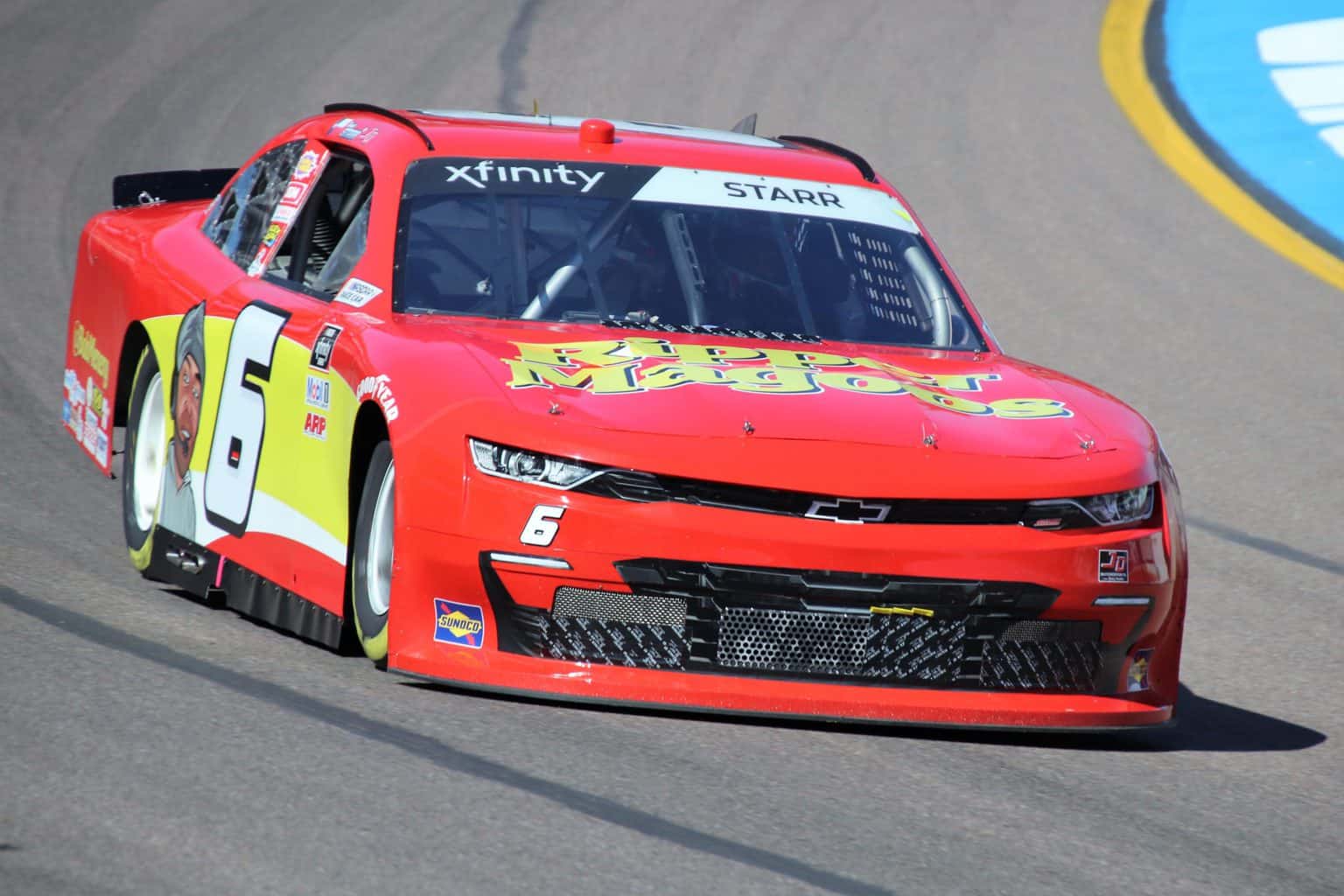 After being signed onto drive the No. 6 car in the NASCAR Xfinity Series for JD Motorsports full time with Gary Keller in 2020, David Starr finds himself out of a ride just four races into the 2020 season due to sponsorship issues.

The entry list for tomorrow’s (May 19) Xfinity race at Darlington Raceway finds BJ McLeod in the No. 6.

“David basically had lost some of his sponsorship due to this COVID-19 deal, and [we] were already on the bare minimum commitment to try and make it work and struggling to do so,” Johnny Davis, team owner of JDM, told Frontstretch. “We had to go with a driver that could bring more funding, just treating it as a business, basically.

“I like David, think the world of David, appreciate the opportunity to work with him and hope there’s another opportunity later on, but it’s going to be requiring financial assistance to make it work as it does with any of these teams.”

Admist a worldwide pandemic, sources tell Frontstretch, Starr lost approximately 30-40% of his overall sponsorship, relying on local businesses to sponsor the No. 6 car.

“I want to start by saying how grateful I am for all my fans and sponsors, y’all really make NASCAR what it is and the excitement you share with me makes me love our sport even more,” Starr said. “… Like many others during this worldwide pandemic, some of our small business partners are struggling financially. They are working tirelessly to keep their people employed and their businesses afloat. The affects of COVID-19 are wide reaching and because of that, understandably, most of our current partners’ advertising dollars are limited.”

Davis confirmed Jeffrey Earnhardt will be a primary driver going forward for the No. 6 race team. Earnhardt had originally been announced as a part-time driver for the team this season in its Nos. 0 and 15.

“It’s pretty much the majority of the rest of the year, provided everything goes through like it’s supposed to,” Davis said of Earnhardt. “In these trying times, we have to put a clause in anybody’s agreement that, if something happens money-wise, financial-wise, we’ve got to look at it and see if it can continue or if somebody else is out there. We left all of our options open.

“We hope it works. Jeffrey is a great guy. We’ve worked with him before, had good success.”

Last month, Davis told Frontstretch he runs all four of his times on a weekend budget of around $140,000-$180,000. He added the ultimate number to survive as a team is for each driver to bring $50,000 per race, without having to add out of pocket.

Starr was 20th in the championship standings after four races.