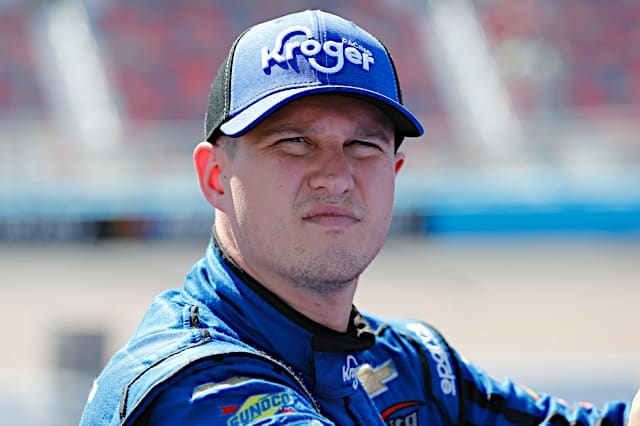 Ryan Preece will start from the pole in Wednesday’s (May 20) Toyota 500k at Darlington Raceway.

The starting lineup is based on where drivers finished in Sunday’s The Real Heroes 400. Positions 1-20 were inverted while those 21-40 will start where they ended the race. This put 20th-place finisher Preece alongside Ty Dillon, who finished 19th.

The No. 21 driver for Wood Brothers Racing, Matt DiBenedetto, begins seventh. Brad Keselowski, who led 80 laps on Sunday, will lineup in the eighth position.

There would have to be a driver or sponsor to be named later in the deal.

Well I totally screwed that punch line up… it was supposed to be “Lyle Karson”.

Change his name to Lyly Carson and make him wear a fake beard and dye his hair blonde. Who would know? ;)