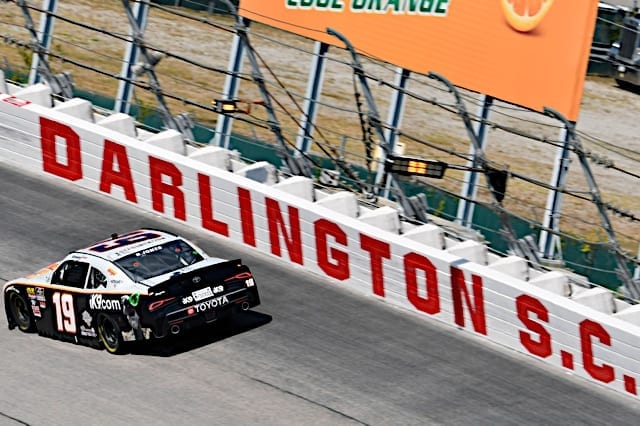 NASCAR has announced that they are moving up the start of the Toyota 200 Xfinity Series race from 8 p.m. ET to 6 p.m. ET on Tuesday, May 19.

The start time for the Xfinity Series race is being moved up by two hours in response to Tropical Storm Arthur, which is soaking much of the East Coast, including South Carolina. Storms have been hitting Darlington since late Sunday and are expected to hang around through tomorrow’s race date. NASCAR made the move as part of an ongoing effort to fit as much racing as they can in an already tight schedule due to the COVID-19 pandemic.

The Toyota 200 from Darlington will be aired tomorrow at 6 p.m. ET, with TV coverage on FOX Sports 1.