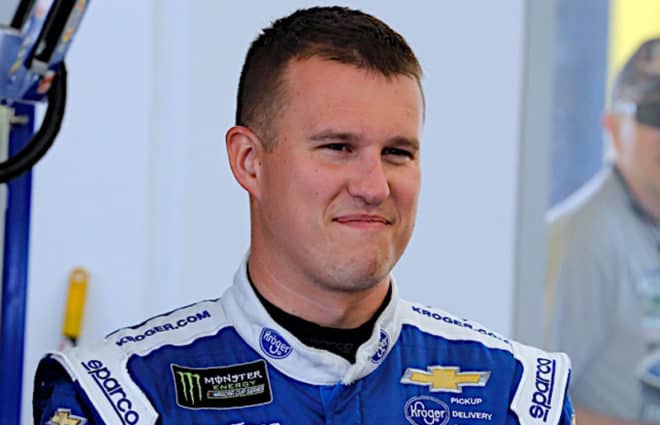 The field is set for the Cup Series race at Darlington on Wednesday, May 20, 2020. Who will start on the front row and how does the inverted field work? We’ll tell you on Stock Car Scoop with Bryan Nolen.

Frontstretch’s new podcast focused on the motorsports news of the week also takes a look at the postponement of the NASCAR Xfinity Race. The event has been rescheduled until Thursday, May 21 at noon ET due to inclement weather and will be televised on FOX Sports 1. NASCAR also moved up the start of Wednesday night’s Cup race, the Toyota 500k, although that is currently under a rain delay.

Bryan Nolen currently goes to the Dan Patrick School of Sportscasting at Full Sail. He would like to be involved in some aspect of Motor Sports after he completes school. He hosts a podcast that is on Apple Podcasts and Google Play called Sports Talk with Bryan and TB and lives in Boise, Idaho. Follow him on Twitter @TheBryanNolen
@TheBryanNolen
Previous Ross Chastain, Garrett Smithley to Compete for Niece Motorsports at Charlotte
Next Ryan Newman, Roman Team Up for Coca-Cola 600

Charlotte Motor Speedway to Host Fans for Bank of America 400

Fans will return to the grandstands at Charlotte Motor Speedway. Thanks to a Sept. 25 …