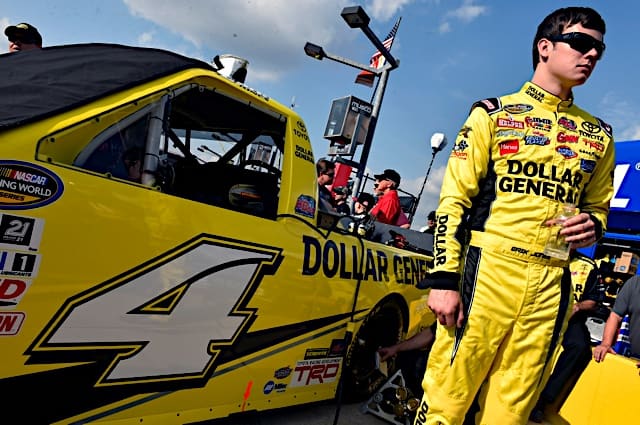 He will drive the No. 5 Toyota with support from Billy Ballew, James Finch and Richie Wauters, the latter of whom has in the past operated Wauters Motorsports’ No. 5 in the series.

Jones has 42 career starts in the Truck Series and won the 2015 championship. Overall, he has seven wins, 20 top fives and 35 top-10 finishes.

Jones has made one Truck start at Charlotte. In the 2015 North Carolina Education Lottery 200, he started second, led 88 laps and finished second.

Jones has never won at Charlotte in any of the three main NASCAR series.

Before the outbreak of COVID-19 forced NASCAR to postpone races, Jones was slated to compete in the Truck race at Homestead-Miami Speedway for the No. 5 team. The race was supposed to be one of the races with the bounty on Kyle Busch.

No announcement has been made whether Jones will compete in the rescheduled Truck Series race at Homestead on June 13.

Wauters’ No. 5 has not competed in a Truck event since 2017, when Korbin Forrister drove two races for the team. Ballew also owned an organization that last ran in 2012 in the series, while Finch’s Phoenix Racing fielded a truck once in 2004 but was mostly found in the Cup and Xfinity series.

The Truck race at Charlotte is the first race for the series after NASCAR returned to live racing. It’s scheduled to take place on Tuesday, May 26 at 8 p.m. ET, with TV coverage provided by Fox Sports 1.