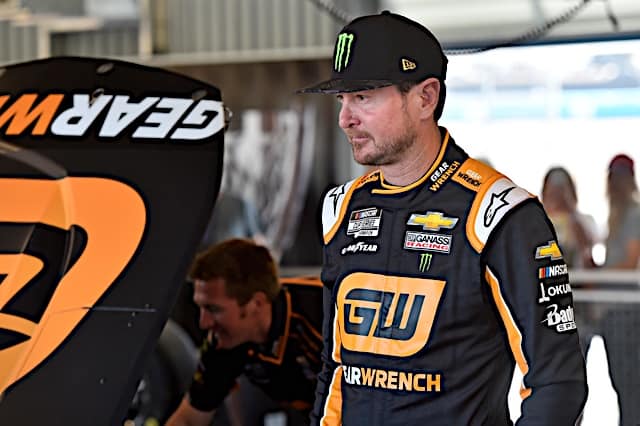 Not since early March in Phoenix had drivers in the NASCAR Cup Series set the starting field by virtue of qualifying. Kurt Busch now has the distinction of being the first pole winner during the COVID-19 pandemic after his late qualifying lap of 181.269 mph earned him the pole position for Sunday night’s Coca-Cola 600 at Charlotte Motor Speedway.

Due to a limited on-track schedule due to the pandemic, no teams were allotted any practice time, putting the onus on crew chiefs to prepare a car from a qualifying run with no track time to go off of. Busch made it a point to credit the crew chief of his No. 1 car, Matt McCall for the fast lap.

“I’m so proud of Matt McCall and all our guys with how we have to communicate right now and get through all of the last-minute details and make those fine adjustments,” Busch said.

Busch, who has now won 28 pole positions in NASCAR’s top series, snagged the top spot with three cars left to go after him in Sunday afternoon’s session. It deprived Jimmie Johnson, Sunday night’s outside polesitter, from taking the pole position.

Busch’s run capped off a red-letter qualifying day for Chevrolet, which took the top six qualifying positions. Chase Elliott and Matt Kenseth qualified third and fourth, followed by Tyler Reddick and Austin Dillon from the RCR stable in fifth and sixth.

“What a Chevrolet brigade up front, this is pretty sweet,” Busch said.

Joey Logano and Martin Truex Jr. filed in at seventh and eight as the fastest Fords and Toyotas, respectively. The top 10 will be filled out by Brad Keselowski and William Byron. Points leader Kevin Harvick will start 22nd.

Two drivers were involved in separate incidents during qualifying. While Aric Almirola’s damage was minor, Matt DiBenedetto’s No. 21 entry will be a backup car for Sunday night’s event.

There was a lack of distance between the right side of our @MenardsRacing Mustang and the wall. Socially and otherwise. We’ll likely be pulling out a backup. That looked like a pretty hard hit. ?

Top 6 are Chevs. The Toys must be wondering what they’re paying for.