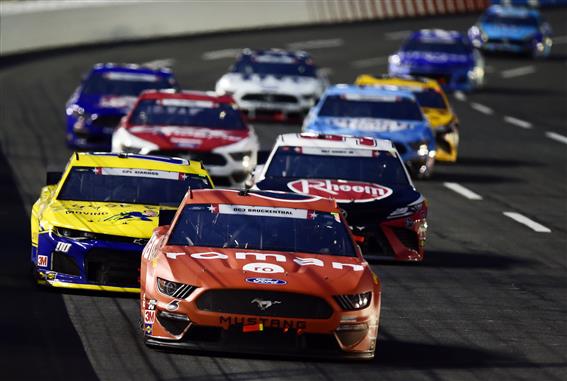 Jimmie Johnson disqualified in his final Coca-Cola 600? That’s how the history books will have it. Johnson finished second in NASCAR’s longest race of the season Sunday (May 24). But it’ll be a long week ahead for the No. 48 team after the car failed post-race inspection at Charlotte Motor Speedway. The rear end was found to be outside post-race alignment numbers as outlined in the NASCAR rule book. Johnson was moved to last place and also lost precious points in the Cup Series standings.

Johnson disqualified was the final twist to what was a shocking end of this Memorial Day weekend race. Bryan Nolen covers all the drama of the final laps in the latest edition of Stock Car Scoop. Brad Keselowski emerged the winner, his first career victory in this race.

Frontstretch’s new podcast focused on the motorsports news of the week also takes a closer look at the NASCAR Xfinity Series event running on Memorial Day. It’s one of four races in four days being held at the 1.5-mile oval in Charlotte, N.C.

KEITH: GUSTAFSON GIVES IT AWAY